Ahh, logos. For design geeks like me, the way a logo and website design comes together can be a lot of fun to witness. But lately, I’ve been dealing with the most difficult client I’ve ever had, and I find myself really struggling not to slap her.

This client? You know her. She’s the one writing this post. I have become my own worst client. 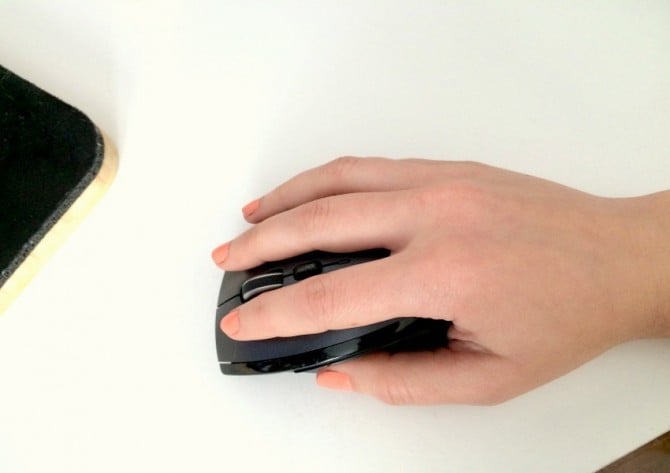 For the last few months, I’ve been working on a new blog design for this site. Many of you long-time readers already know that for the last couple of years, I’ve been designing blogs and small business websites for a handful of clients under the name Sweet Theory Designs. I’m self-taught, having tested my skills on this blog many times over in the process to learn it, which broke my site more times than I can count. Through a seemingly random turn of events though, SWTD was born (though technically incorrect, I added the “W” in there by choice; I clearly did not think about initials when choosing the name… ha!h). Teaching myself how to code became an activity I actually really enjoy, and designing blogs for others seemed like a natural next step. These days, I only take on one or two clients at a time due to my schedule, but the whole process of helping to turn someone’s intangible ideas into a design that captures their personality is awesome. That moment of when things really start to click is honestly one of my favorite things.

But, like I said, I’m struggling to get to that moment within my own new blog design.

For me, the web development stuff (messing around with the layout/function of a site, customizing templates and plugins, etc.) is the FUN stuff, and the part I ALWAYS seem to struggle with more is the logo. It’s a critical part to the entire site’s design (basically, the cornerstone of it), but because it’s the part that’s taking me the longest right now, I’ve been working on the fun parts while waiting for inspiration to strike. When it does, it’s often a small idea that I’ll work on from multiple angles to see if it works, like wood texture or a grungy font. Sometimes I feel like I’m on the cusp of getting it right; other times, I have to walk away from the computer and go paint something just to feel productive again.

This process is a lot like designing a room. You add something, you subtract something, and just keep playing with it until it works. Expecting to get it right immediately is counterproductive, so it’s best just to go with the flow and see where one idea leads into the next.

Admittedly, it’s probably taking me longer this time around because I’m choosing a new font and plan to strip things down to a cleaner layout. I have changed my logo a few times in the past, but most of them were pretty much figured out before my first anniversary of creating the UDH: 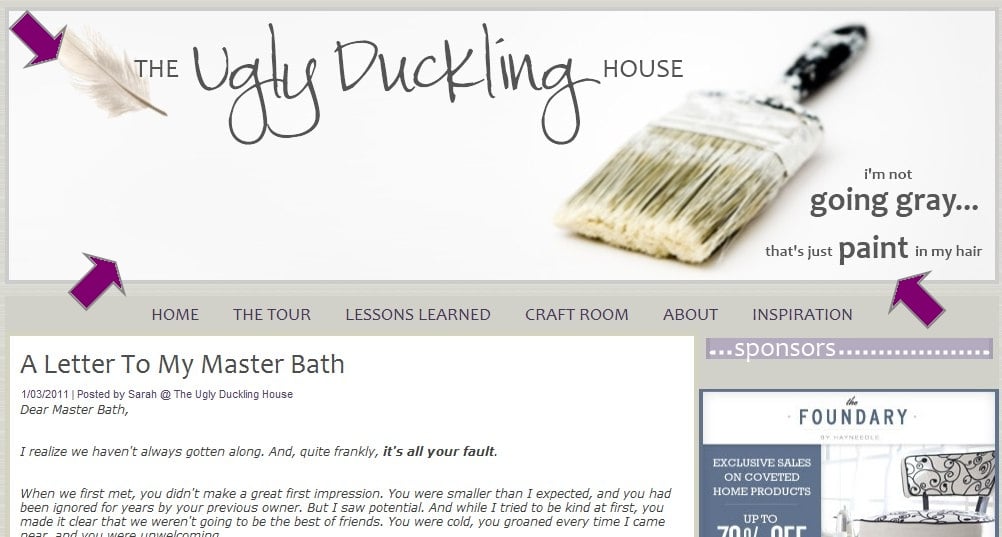 The only other time I’ve really tweaked anything was when I modified the outline of the duckling, which is what it looks like today, and something I was content to keep for a long time (though the layout changed a number of times, the logo stayed the same): 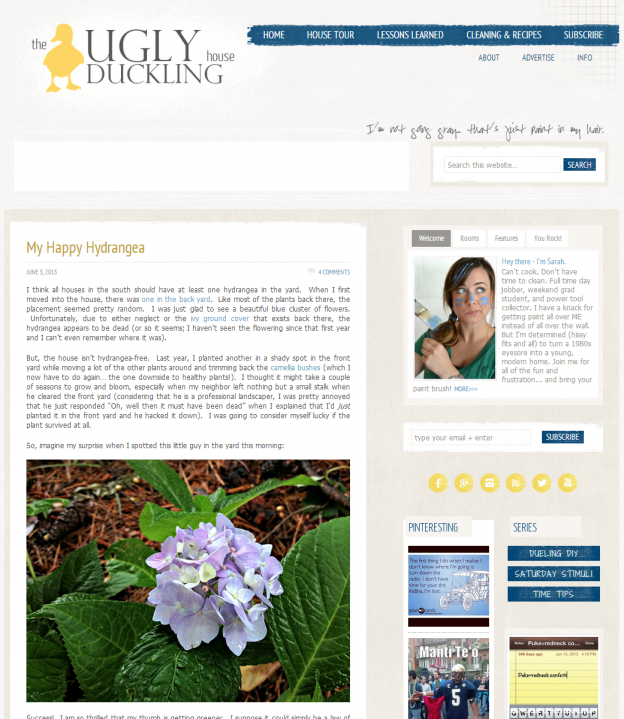 This year, I’ve decided it’s time for something MUCH cleaner and fresher. But after six months of not quite getting it right, I thought it might be fun for you to take a peek behind the curtain and see what the process is like. It’s fun, but also infuriating.

How I Design a Logo

Each designer works a little differently, but for me, my process rarely varies.

1. To design (or redesign) a logo, the first things to do are to identify the keywords that you think are in line with the brand. Colors, descriptions, or even other people’s websites or logos that you think have an element that speaks to you all serve as inspiration.

2. For logo redesigns, you must also decide whether or not you intend to keep any of the original elements; in my case, I’m choosing to keep the yellow and the duckling outline, but everything else is fair game.

3. I then sketch out the overall layout I have in mind for the website. This is a little premature for most web designers, but I find that mapping out the spacial elements (at least, for the top area of the site, where the logo will go) helps me to identify the general area the logo needs to fit in. For example, the new layout I want can easily fit a squarish logo, but a really tall one will look out of place next to some of the other elements, like social media icons.

4. With an idea of the dimensions planned (but nothing set in stone), I then pick out a few fonts that match some of the keywords I thought of in step 1. Google web fonts are license free, so it’s what I use for clients, but I will sometimes also check out the “free for commercial use” fonts over at 1001 Fonts (I really like the organization of the font categories). 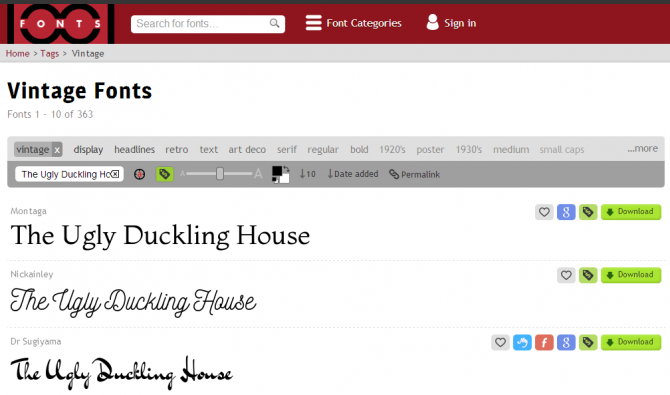 As you can see, things go in every direction as I brainstorm. I think it will still be a month or two before I am fed up enough to just call it a day and stop messing with it, but I feel like I’m inching closer to that moment when everything clicks again. It’s highly subjective, too, which means that polling for opinions doesn’t necessarily lead to the answer either (which is why I’m not having you guys vote on anything… I am going to go with my gut on this one!). But there you have it. A quick glimpse of what’s going on behind the blog.

Hope you all had a good weekend; your regularly(ish) scheduled DIY will be back tomorrow!

« Goodbye, Troublesome Trees
How to To Remove Paint from Windows »