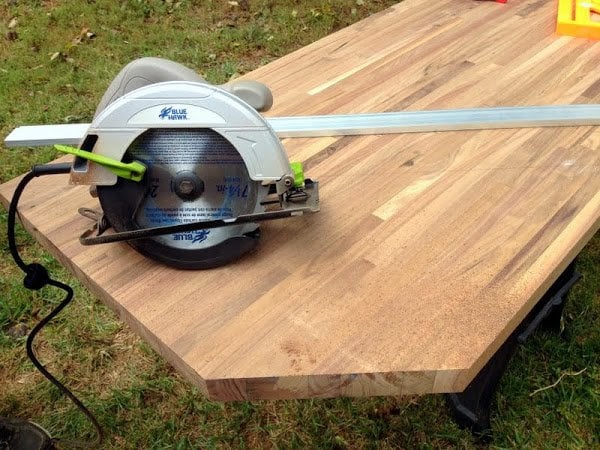 When it came to my new kitchen, there were two cuts that my uncle and I worried about:  the 45 degree angled corner and the hole for the sink. Today, we’ll just cover the easier of the two (at least for us): the L-shaped corner that joined two pieces of my new walnut butcher block countertops together. 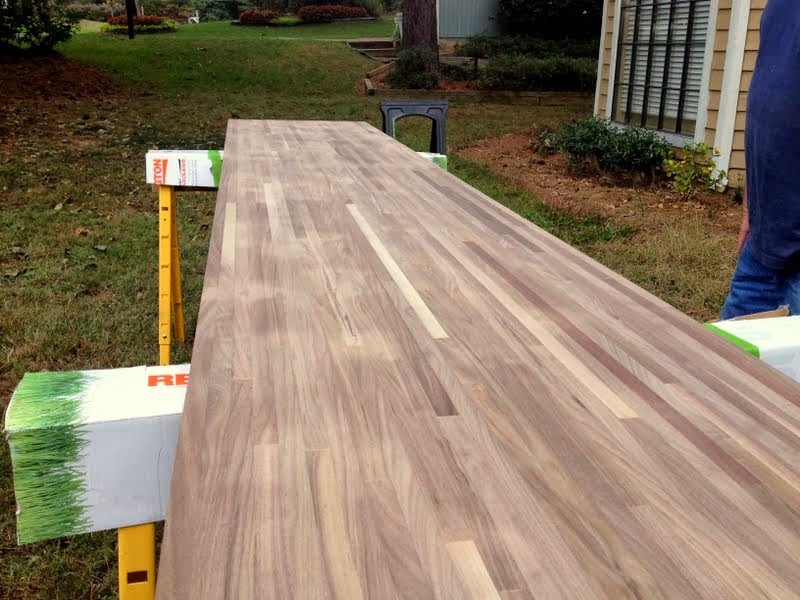 The tip we received from Lumber Liquidators (my amazing supplier for my walnut counters) was to chalk the 45 degree line, cut halfway with a circular saw, flip it over, and cut the other half of the line. While this sounded plausible, my uncle wasn’t convinced. He wanted to test things out on both sides with a few test cuts instead, so see which of the two gave the smoothest line. And I am certainly not going to argue with the recommendation for caution when I’ve got hundreds of dollars on the line.

So that’s exactly what we did. There are several things to keep in mind when you attempt such a cut, so I’ll go over each of those below:

I rarely have the highest quality tools. If you’re worried about this playing a role in an important cut like this, save yourself a little worry and rent a higher-end brand for the day. Mine was a less expensive brand that I got on sale, and it worked just fine, but this little tip will be something I’ll repeat when I talk about the sink hole cut (hey, I mentioned this was a long story of ups and downs, didn’t I?). 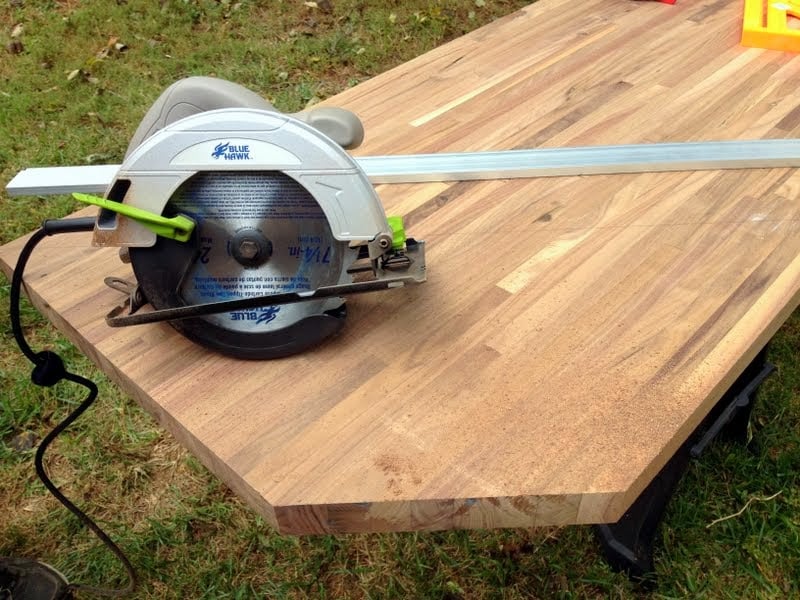 Regardless of the circular saw you use, it’s a good idea to purchase a new blade. My saw was actually new out of the box, which meant the blade was too, so we didn’t have to do this. 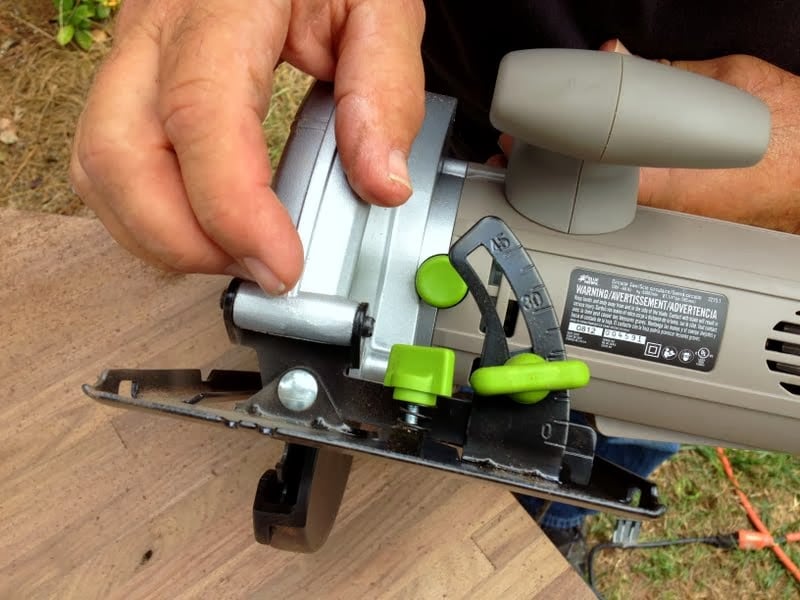 Use a test cut to make sure the angle of the saw is perfectly straight up and down when it cuts into the wood. After our first cut, we butted the scrap block (the chunk cut off during the cut) to a square, and saw the angle ever so slightly turning outward. This will not work well when it comes time to join the two cuts together, since you want them to create a perfect seam. So in our case, we had to adjust the blade a teeny bit. See how the “0” mark is dead center in the photo above, but in the photo below, it’s all the way at the bottom of the groove on the right side? Like a said – the tiniest adjustment. 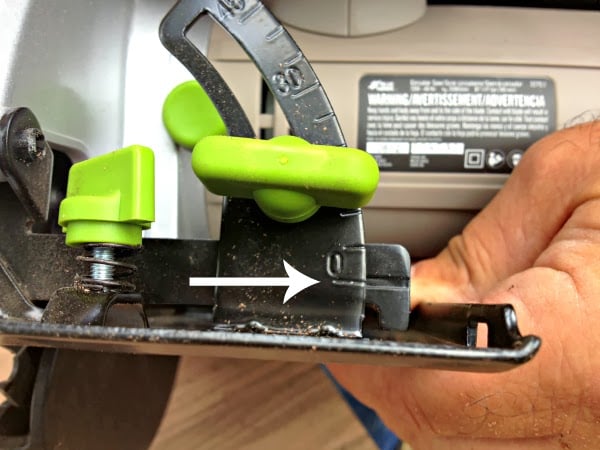 You’ll want a guide to assist your cut as well and clamp it down. We bought a metal straight edge that extends to 8 feet, but the original 4 feet is all we needed (pictured at the top and bottom of this post).

After the first cut, we saw that the top side showed a little splintering, while the bottom showed none. Therefore, we knew that the way to keep the splintering isolated to the bottom was to cut the “real” cut from the underside of the countertop (basically, upside down).

And then we all took a very big deep breath and made the actual cut. We knew that we wouldn’t need the entire twelve feet of butcher block, so it was at least reassuring to know that if something went wrong in all of our prior testing, and the cut still wasn’t right, we could do another pass and still have the length required. We also had a second, uncut length of butcher block, so we had a couple of chances to really get it right. 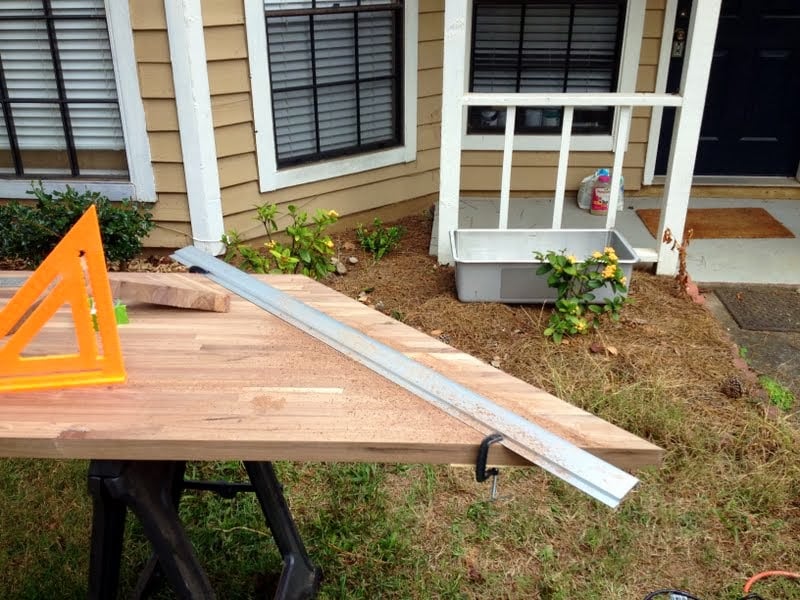 Well, looky there – it worked! Of course, we have to make this cut twice (to match the other half of the L-shape counter), but halfway there is a very good sign.

How we joined things together will be a completely different post (it involves different tools), but be on the lookout for that one soon! 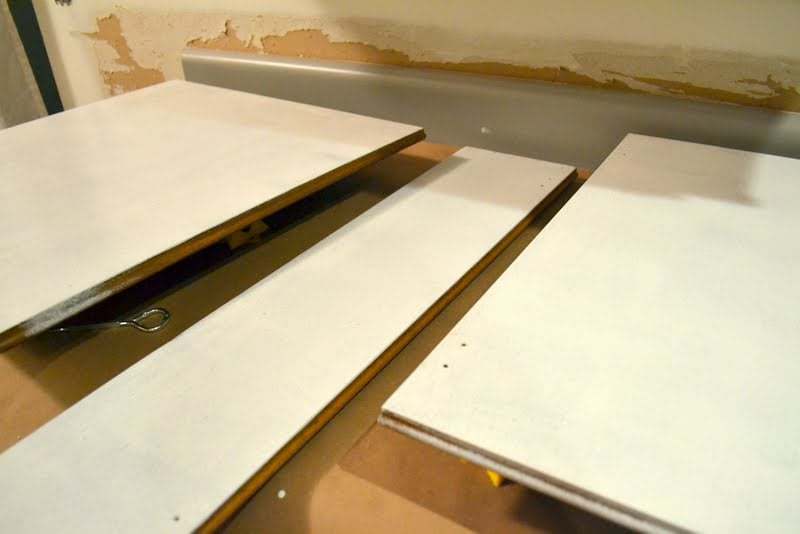 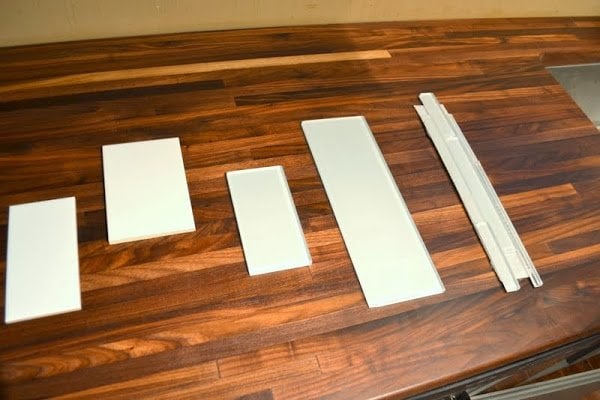 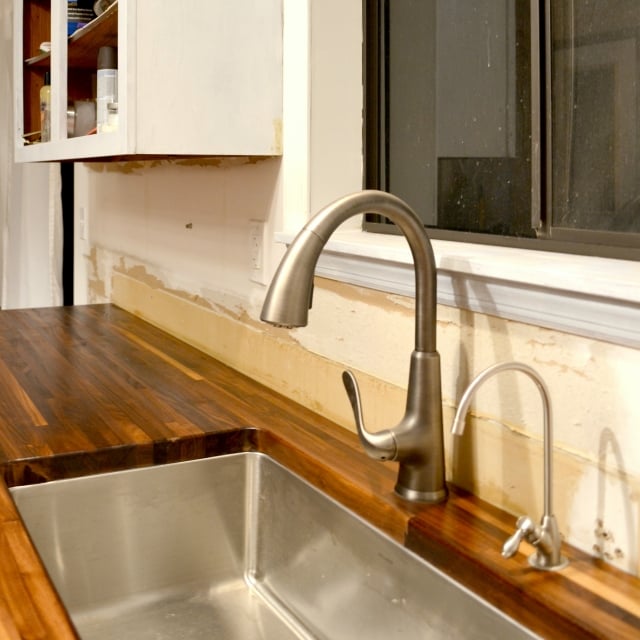 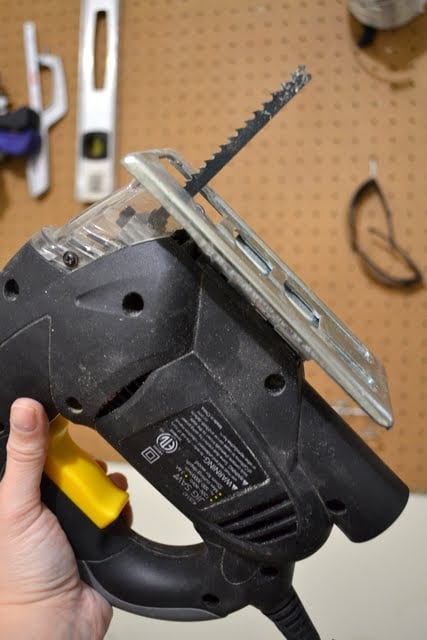 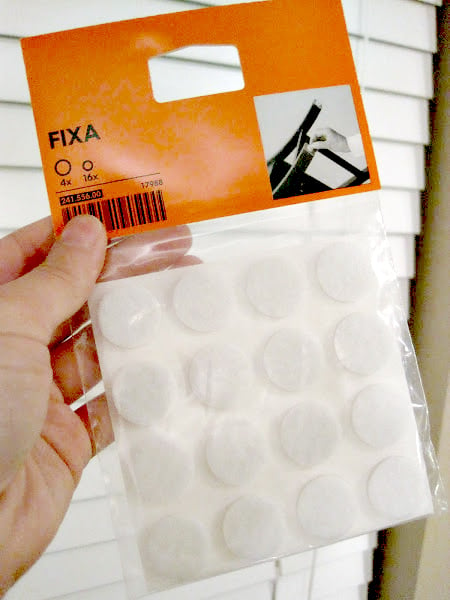