0 shares
I have a little bit of a light fixture frustration. I bought the same fixture for all three bathrooms before realizing that the electrical box in the guest bath would force the fixture to hang too low. Since I was planning on keeping the mirror (and the medicine cabinet behind it), there is a little bit of a conflict. 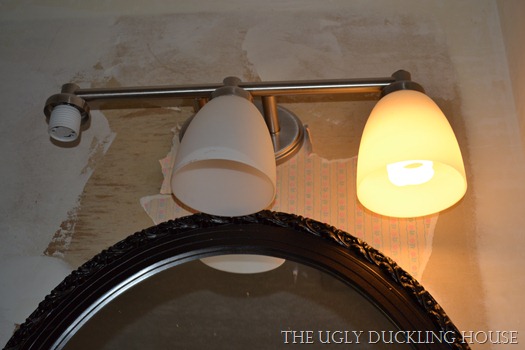 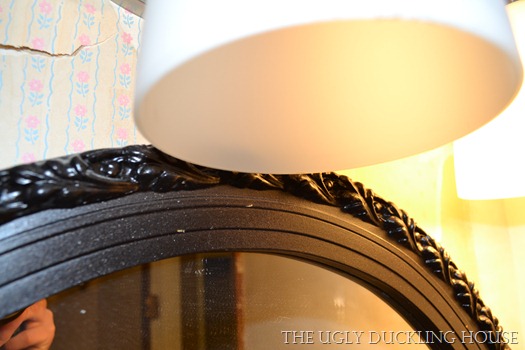 Once removing the shades, I could freely open the door. I also wrestled with the fixture to get the wallpaper surrounding it removed. To do so, I had to unscrew the fixture and peel off the surrounding paper with one hand. You’d think such a thing would be easy, but standing on a stool with your arms lifted, wrestling with a light fixture for a half hour is actually pretty tiresome. I suppose I just need to work out more. 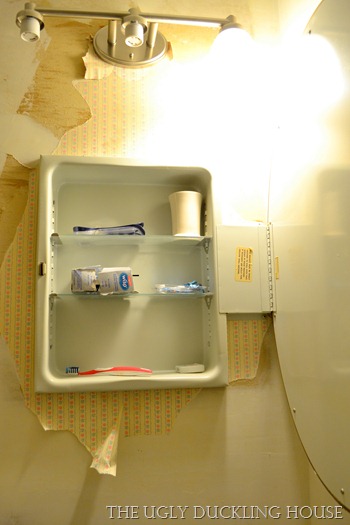 Once it was open, I realized that my ex maybe didn’t clear things out as well as I thought before he left (he’d installed the fixture before moving out, and I assumed everything was gone). A year ago. Gross. Chucked it all in the trash with the remaining pieces of wallpaper. 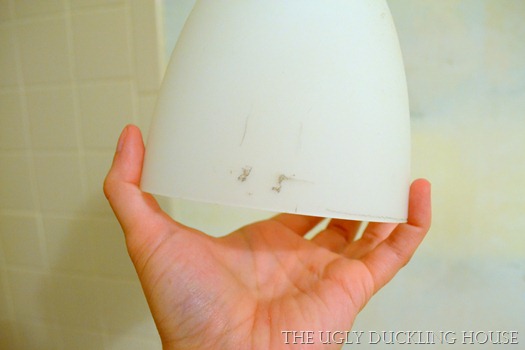 The middle shade came off easy, but I realized my previous attempts to open the door scratched a little paint onto the shade. But now that I have the opportunity, I’m wondering if I should remove the cabinet altogether. I already have to put in a new square of drywall where the vanity was removed, so it probably wouldn’t take up too much more time than I’m already spending. The alternative would be to leave the cabinet closed forever (I like the light fixtures so I won’t be getting rid of them). Clean and debris free, of course.
It’s not much of an update, but it means I’m back in the bathroom to tackle things once and for all. With summer semester drawing to a close, I’m hoping to start fall semester with a new bathroom. Only four weeks away, so I’ve got to get a move on! What have you been up to this weekend? 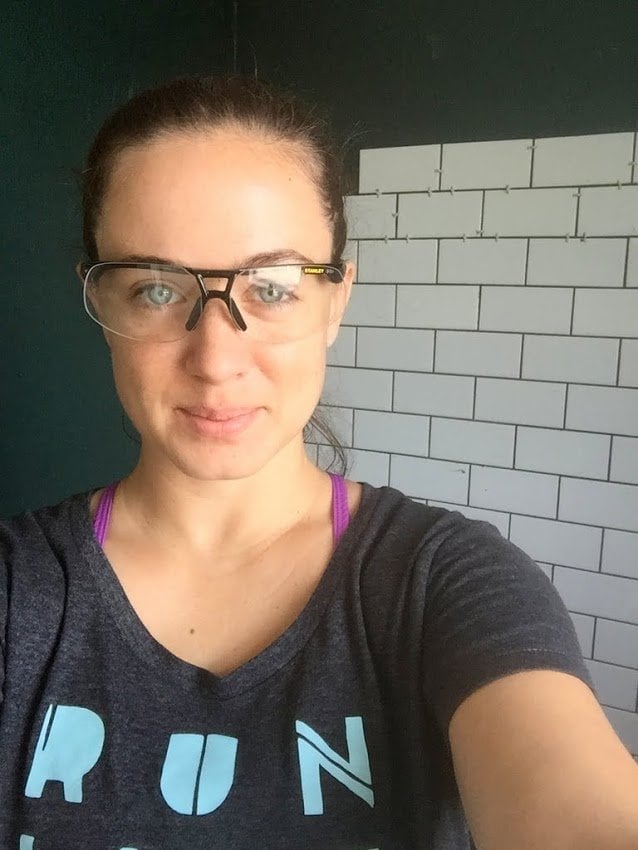