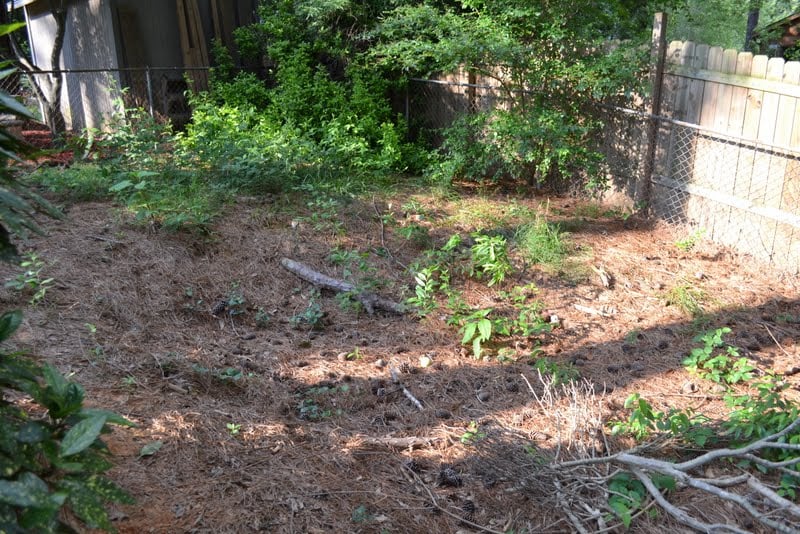 It seems like such an obvious thing to have mentioned before. And I have, but I realized I’ve never actually shown you the pit in my back yard. Thirty years ago, it was common practice for builders to bury materials rather than find a way of disposing of them properly… or so I found out when I bought this house. It’s not such a big deal at first, but over the course of thirty years, the materials decay. And if there is enough of it buried in the ground, that decay results in this: 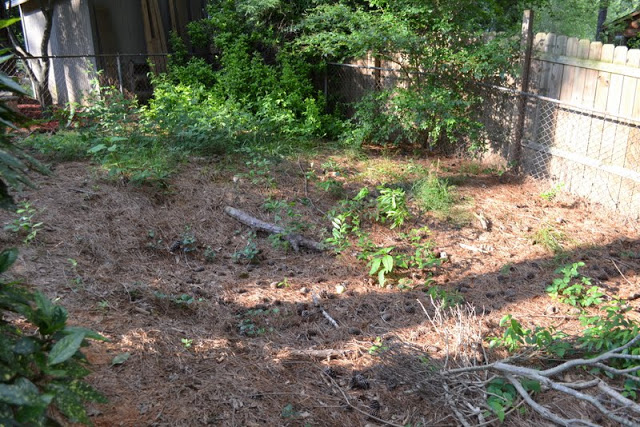 A sinkhole. Luckily I knew what it was from when I bought the house, so it wasn’t as scary as it looks. The previous owner even brought in fill dirt to get rid of it. I guess it wasn’t enough – the weight of the dirt to fill in the hole only caused it to compress the remaining vacant pockets of decayed matter underneath. It’s as boring as it sounds. Need a pretty picture instead? Me too: 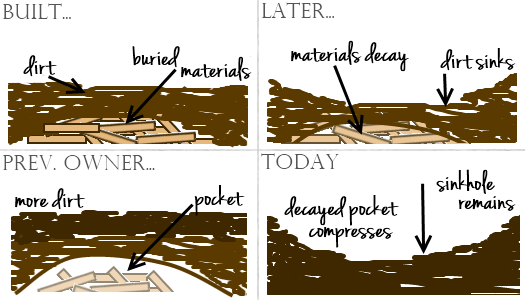 This practice was very common in the Atlanta area from about 1975 to 1991. My house build date fits squarely between the two – as does the rest of my neighborhood. There are many different types of sink holes, but mine was probably caused by the land debris from clearing the lot and laying the foundation – the most common type. Many of my neighbors have filled theirs in over the years. The previous owner of mine filled it in once, but according to most stories I’ve heard, you’d need a few passes to compact the dirt enough and fix it permanently.

Short-term (and more manageable in both time and expense), I plan to fill in the area as I clean up the rest of the yard. Sure, it’s basically piling on the problem of decaying debris with more debris – but this is at the very corner of the yard and meets the back yards of all of my neighbors. The hole is nowhere near my house or the foundation of any other (which I hear many other homeowners in other neighborhoods may not have been so lucky), so it can probably sit here for a little while longer until I can address it.

My neighbor to the right is a professional landscaper, and luckily extremely kind (he even helped dig me out of a snow mound last year). I have already spoken with him about hiring a few guys to help clear the back yard so I can get started on creating the larger patio I’ve been wanting. We’ll be making limited progress this summer, but maybe by the Fourth of July next year, I’ll be able to celebrate our hard work with a simple barbecue. 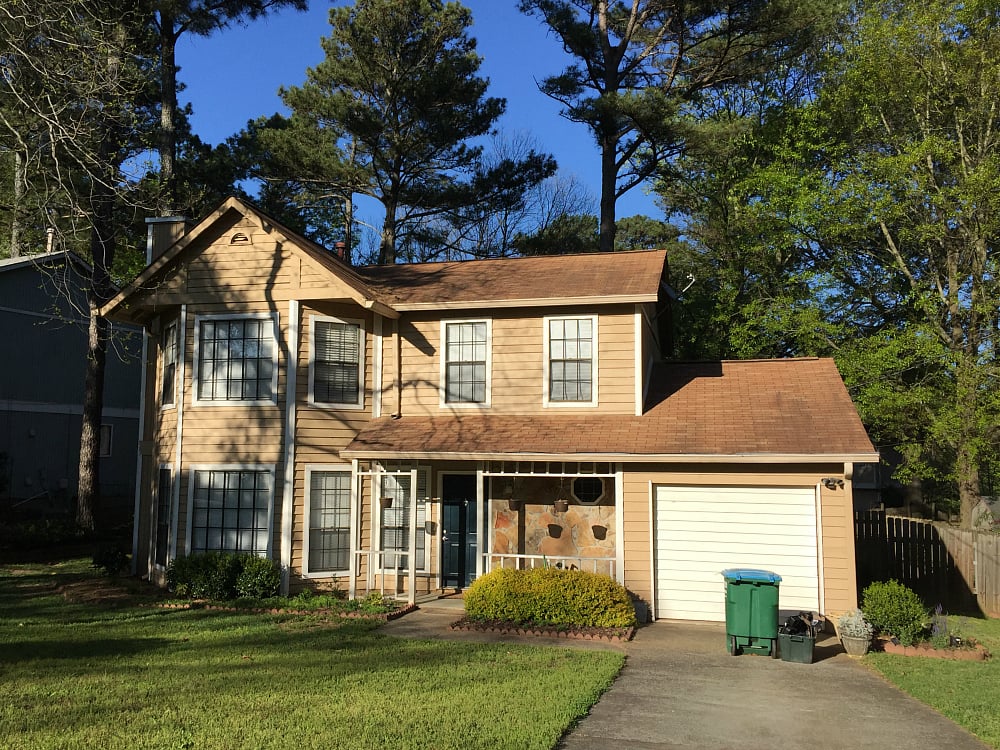 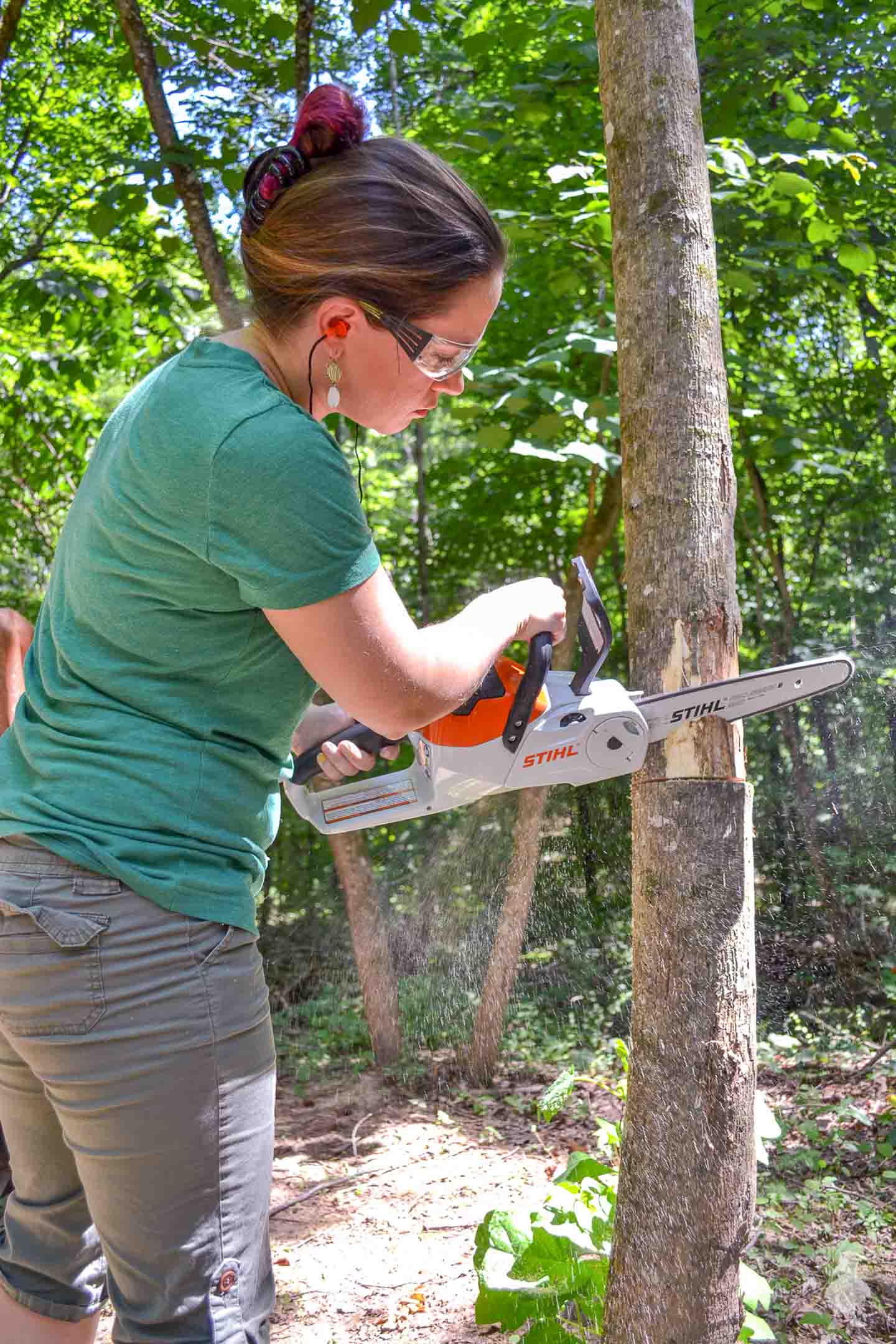