As you might have already picked up on previous posts, my Instagram, or if you just have a pretty awesome streak of ESP this week, I’ve decided that my master bathroom is finally going to get my focus this summer. It’s not going to be just my floor that gets some tile help, though — I’m redoing the shower, too! 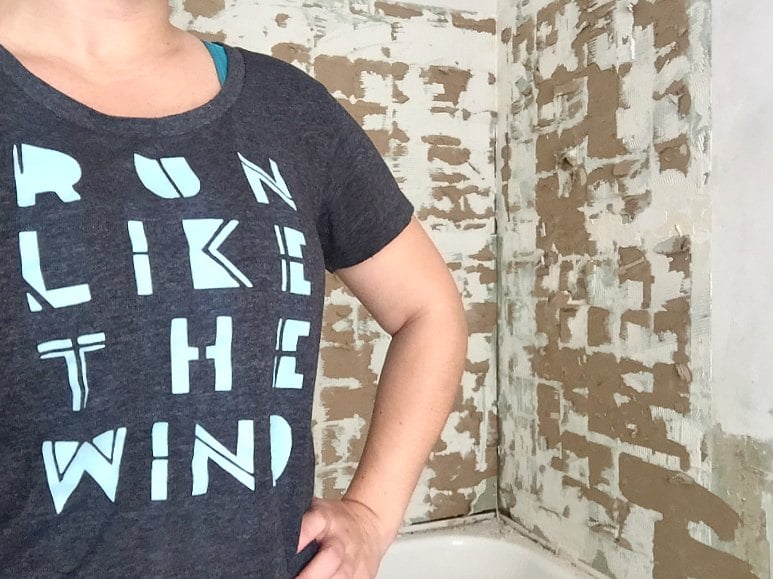 But before I get into the whole do-it-yourself project of how to tile a new shower (I’ve actually already had some trial and error in the last week I need to share with you, and I’m trying to get some video too!), there’s a part of this whole process that I really have a fondness for: DEMO… DEMO… DEMO 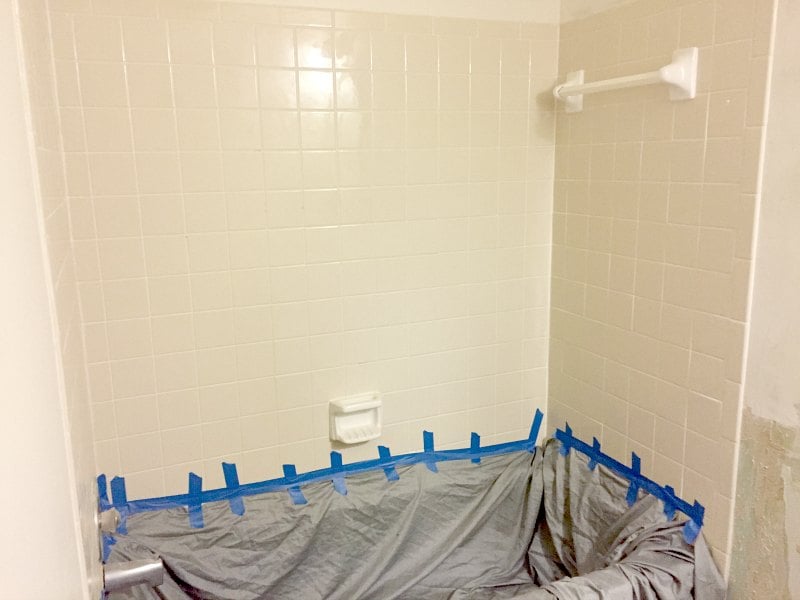 Demo isn’t just jump right in, hammers a-swingin’ — if you want to remove an old tiled shower properly and efficiently, you are probably going to need this handy list of tips. Not because I don’t think you aren’t perfectly capable of figuring this out on your own (and a lot of it is common sense, really), but because the temptation to swing a hammer at ugly tile you can’t wait to remove is VERY hard to resist. So, you might be a little premature (like I was) and get all giddy from seeing the tile fall off the wall and ignore some important stuff. These tips will not only help you from damaging the things you don’t want to, but it will prepare yourself a little more than I did to avoid injury. 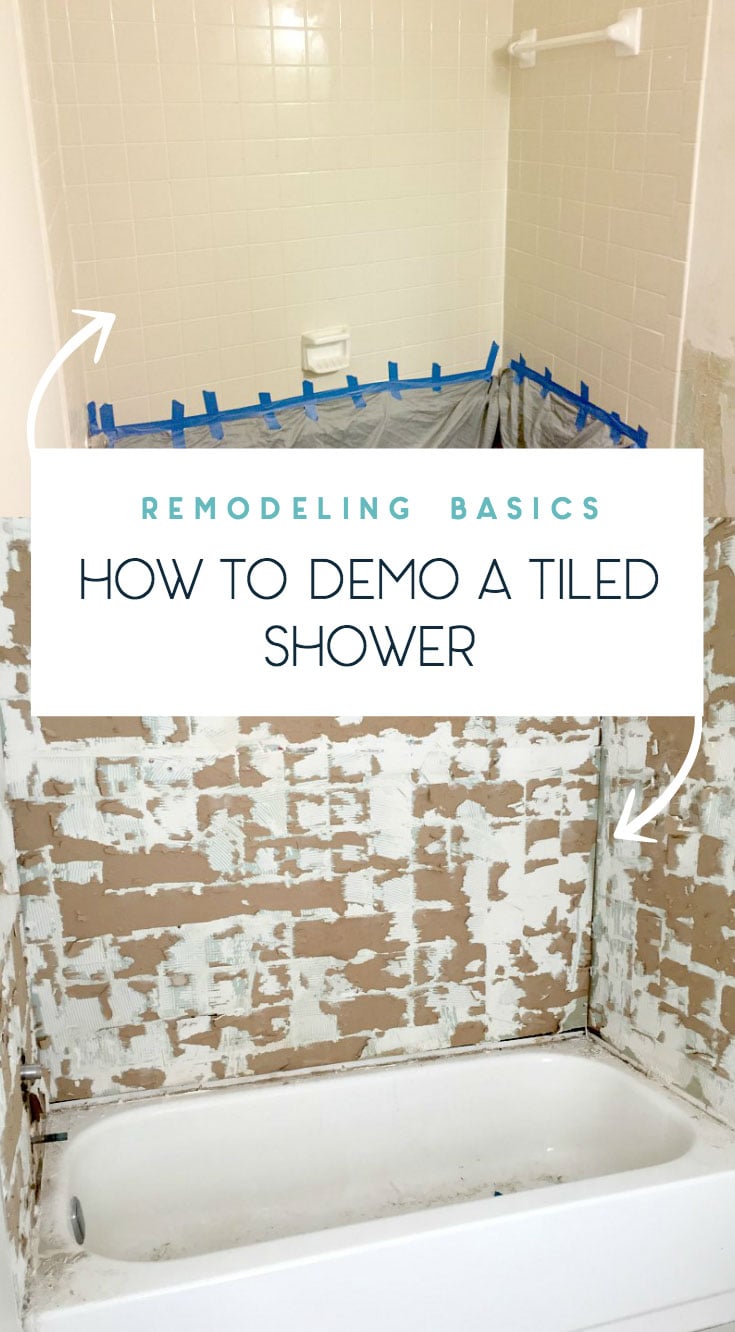 How to Demo A Tiled Shower — Effectively and Quickly!

In my case, I wanted to keep the tub. So, I laid down some old sheets and taped up the edges with painter’s tape to give the tiles something to land on. The tiles may not seem razor sharp, but if it breaks at a weird angle, it can still chip the tub below. Even if you don’t plan on keeping the tub and want to sell it or something, it’s still better to sell it damage-free. And don’t forget to plug the drain with something! 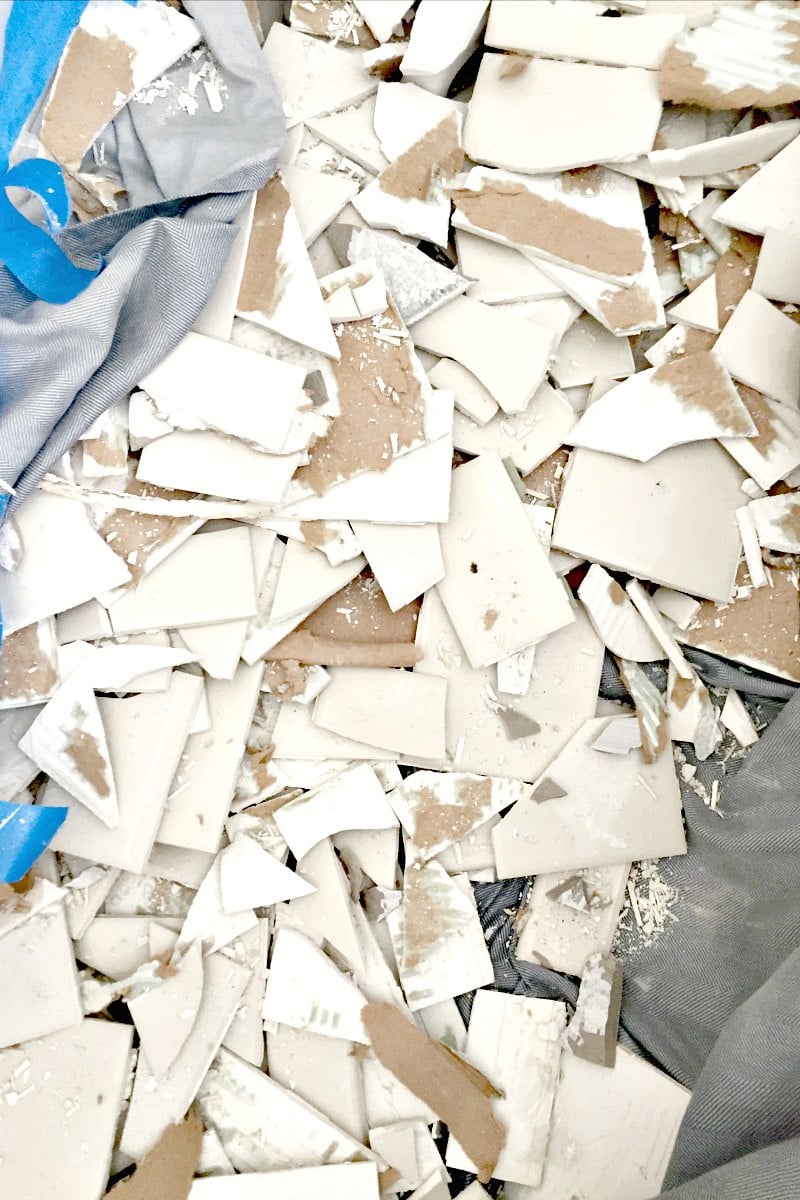 Start at the Edges

This seems obvious, but outside > in works best. If your shower is as old as mine, you might even have some looser tiles around the tub base and can start there first (and note to self: any areas you find water damage or areas of the tub where water tends to drip should be spots you’re sure to waterproof when you install new tile). 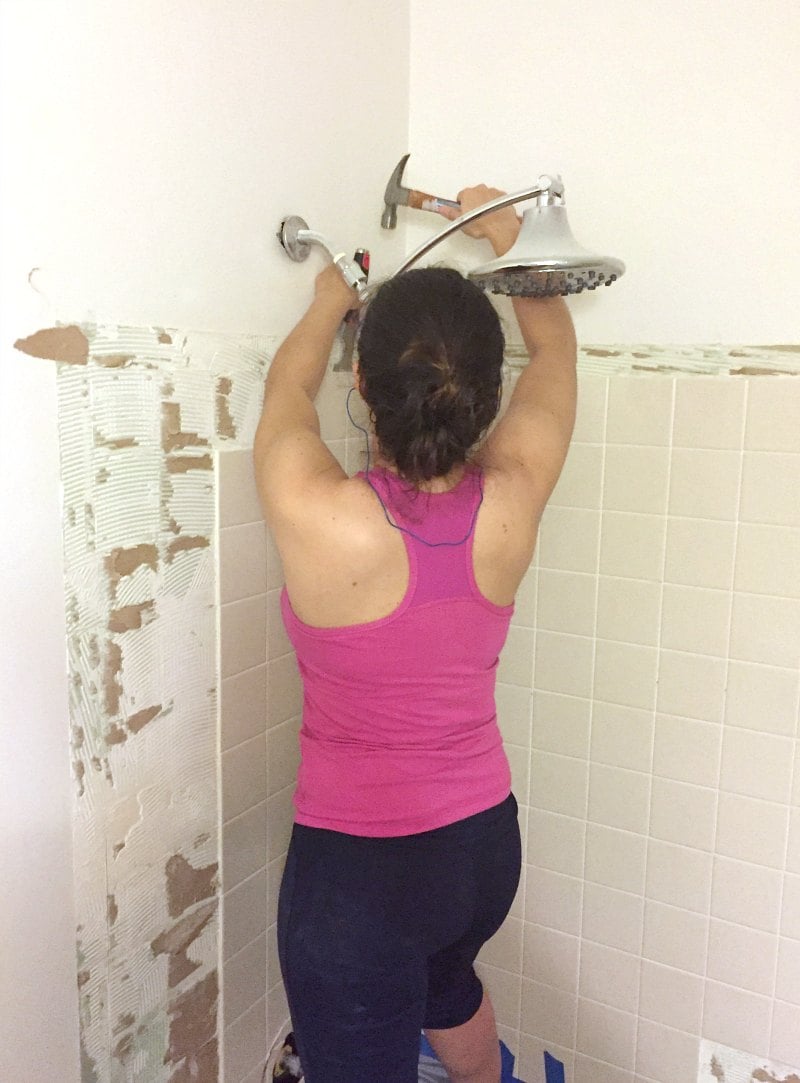 One of the things I least expected was that using a putty knife blade (more specifically, one of those 6-in-1 painter’s tools) along grout lines and hammering on the end of the handle (sort of like a chisel) before trying to pry at each tile seemed very effective. I tried it mainly out of curiosity at first. My impression was that the tiles were still stuck on pretty well, but I assume the hammering at weak points created enough vibrations to fracture underlying spots of old thinset and grout. I only know that this was more effective than not because I started secretly (aka, unbeknownst to him, but for my own demolishing pride) competing with a very helpful bearded dude who was removing tile on the opposite side of the shower* — I wound up smoking his ass in demo. He swore it was only because I had the better putty knife, and while I can’t deny that I used a better quality tool, after a while he wanted me to whack at the grout lines on his side when mine started coming off in larger chunks. 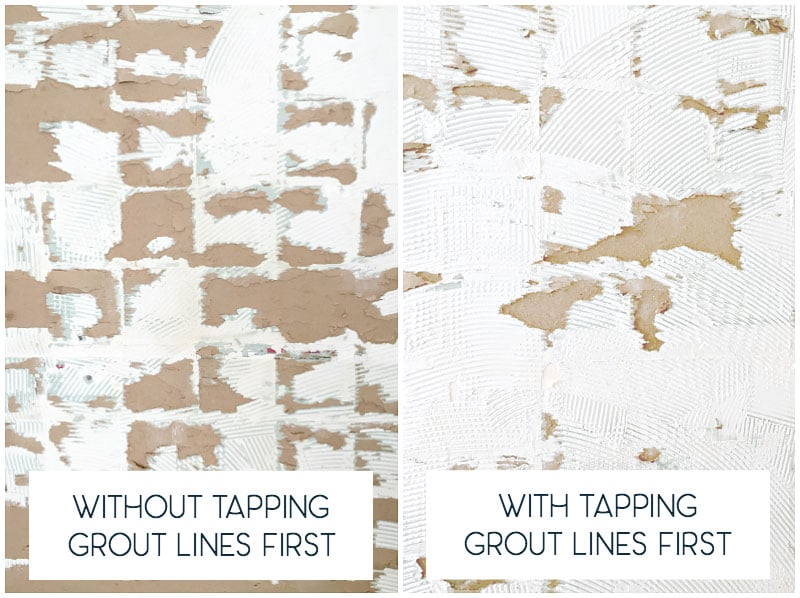 *And yes, this is how we do date night sometimes, and I really like that we haven’t tried to stab each other with so many tools at our disposal to do so (so far). There were plenty of “this is not how I pictured being in the shower together” jokes made that night.

You know I’m laughing at myself for yet again having a suggestive tip for DIY, but honestly: if you are regularly doing DIY or woodworking projects and you don’t find yourself thinking “that’s what she said” at least once during each project, you might be doing something wrong. Or don’t have my sense of humor. Or aren’t in the U.S. and haven’t watched The Office (in the British version I’m pretty sure it was “said the actress to the bishop”).

But anyway, back to the important tip: wear ear protection, eye protection, and proper clothing. Hitting anything with a hammer in general tends to be noisy, and tile and grout in particular is very loud. And even if your removal is perfect, tile will chip and send little bits flying, like in parts of the room that might also contain an eye or two. In my case, I wound up with a bloody calf. 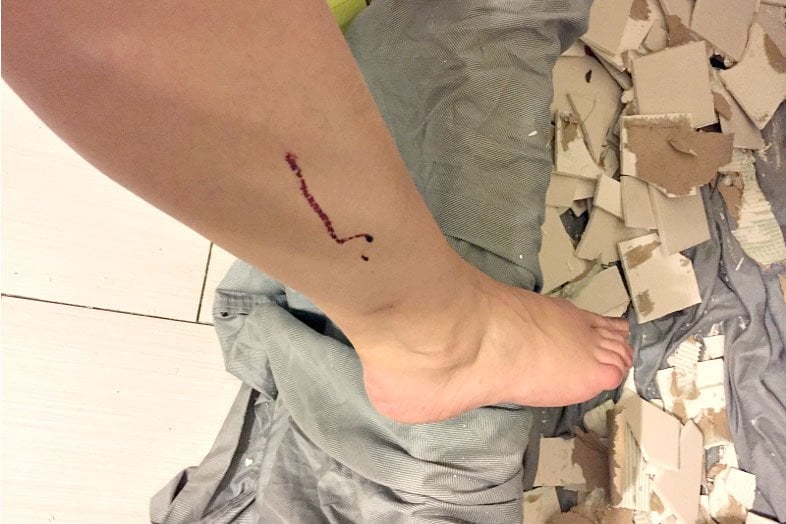 It was a small cut, and due to all of the debris falling, it didn’t register that I had been cut until after I was outside about thirty minutes later and felt my leg itching (then looked down and saw that I had been bleeding). It was small and easily dealt with, but still rather surprising! In hindsight, I probably should have worn pants instead of shorts (it’s Georgia summer, though — it’s shorts weather unless something has the potential to be really dangerous). Though now is a pretty good time to remind you guys to be up to date on all of your shots (like a tetanus booster… it’s easy to forget, but if you’re around rusty things and friends having babies like I am, use your friend’s kid’s birthday as a quick reminder of whether or not it’s been less than five years since you got a Tdap update, since you can get tetanus and whooping cough knocked out in one swoop).

I suppose a person could potentially reuse the old drywall, but with mine so wrecked from old tile adhesive, the easier approach seemed to be to replace the damaged areas. So, we tore into the old drywall with a hammer (so satisfying!) and then broke down the larger pieces for the trash.

To get a clean edge, I first scored the drywall with one of my favorite heavy duty utility knife and then made deeper cuts until it broke away. 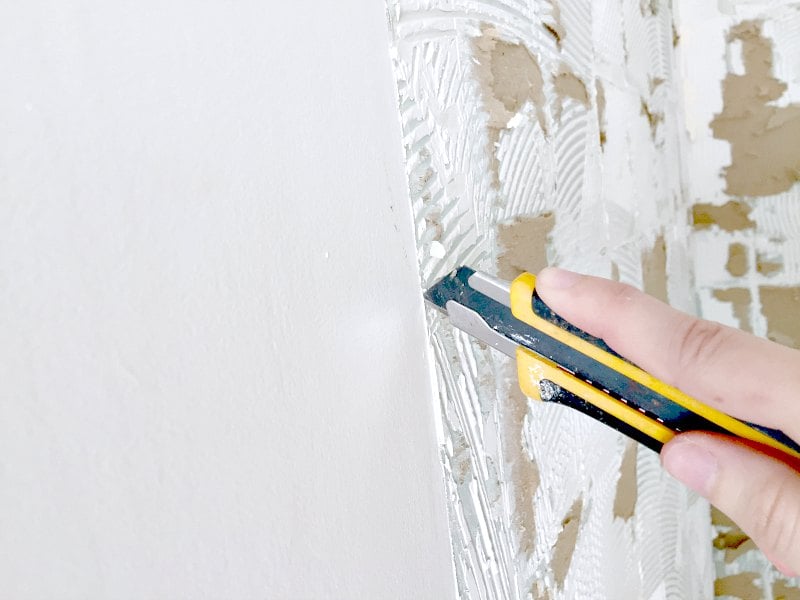 Oh – and be mindful of pipes and other things. I reached a stubborn section and realized there  was duct work behind the wall, so I’m really glad I wasn’t too aggressive with the hammer. As you weaken each section, the drywall will start to just fold off in pieces. 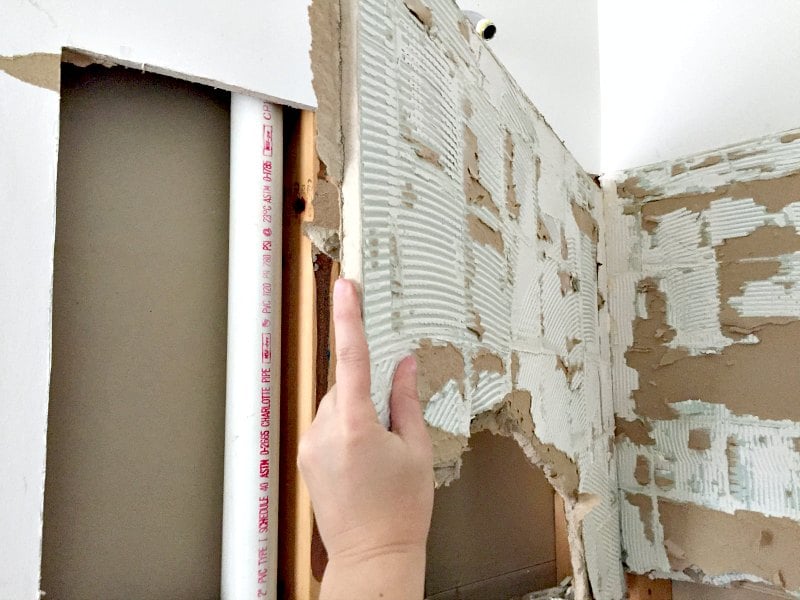 My house has nails holding up the drywall (this house was built in the early 80’s, so pretty much a house that had a lot of bare-minimum, “I’m going on a break in 5”-type of quality as it was built — if you remember the backyard sinkhole project, you’re already aware of the types of things these guys got away with!), so I had to pry them all out of the studs after the drywall panels came off. The only ones I left were around the bottom near the tub. These seemed to be where the original drywaller rested the old drywall to nail it in, creating a small gap above the tub and wall (this gap is later covered up by the first row of tile, but its function is to  help prevent water from wicking up the drywall from the lip and corners of the tub). So, I planned to use the same nails to help me install the new board and give me something to prop it on.

Another thing I noticed that seemed kind of odd? The builders also used glue on the drywall when it came in contact with the studs, but not on most studs or on studs where it might make the most sense (such as near a pipe, where you might not want to chance the nail going in the wrong place). I haven’t really seen this before, so I even texted a couple of DIY buddies and they all thought it was weird, too. If someone has the answer on that, do tell! 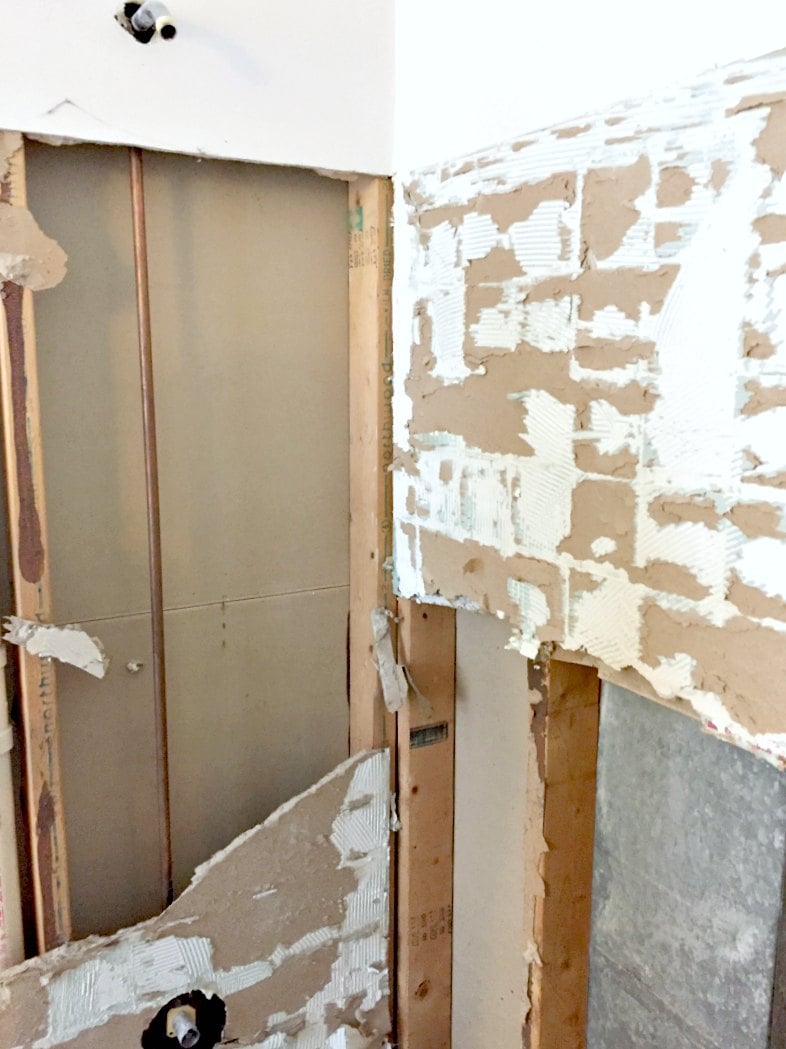 Here’s where I almost failed: I saw that the drywall I was taking out was the moisture-resistant kind, also commonly known as “greenboard” (called that because it’s covered in color-coded green paper to distinguish it from regular drywall). So, I assumed that to begin my new shower, all I needed to do was replace like for like and put it back in. I even did it and started taping the seams: 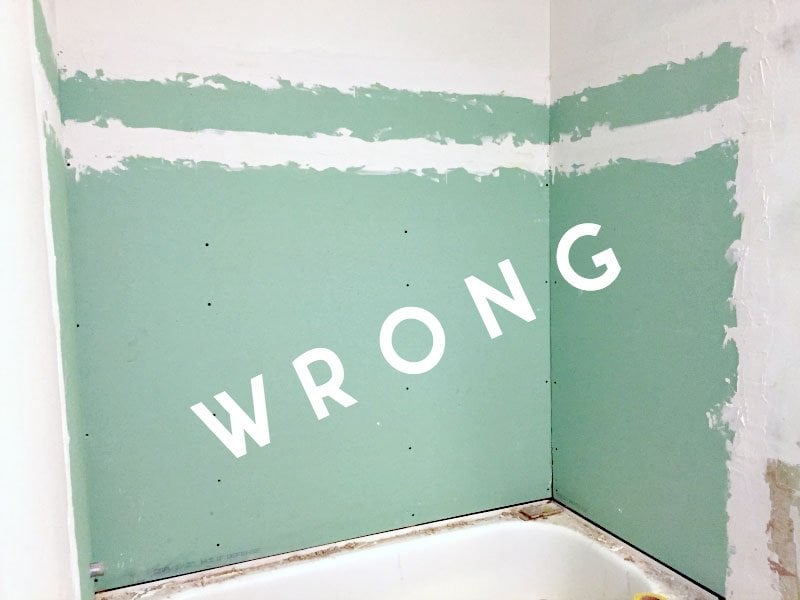 Except I also knew about waterproofing materials being a thing I’ve seen other people using in DIY projects, and after buying some of it and reading the instructions, I realized that greenboard is actually outdated (and even no longer up to code) for putting in a shower because it often still has moisture problems. I wound up calling a few friends for advice before ripping out the new greenboard and putting cement backerboard in instead. It was not a fun hiccup, considering that these materials are heavy and cumbersome when you want to hang  them! But, at least I caught my own mistake before tiling over it or having to rip it out after waterproofing. 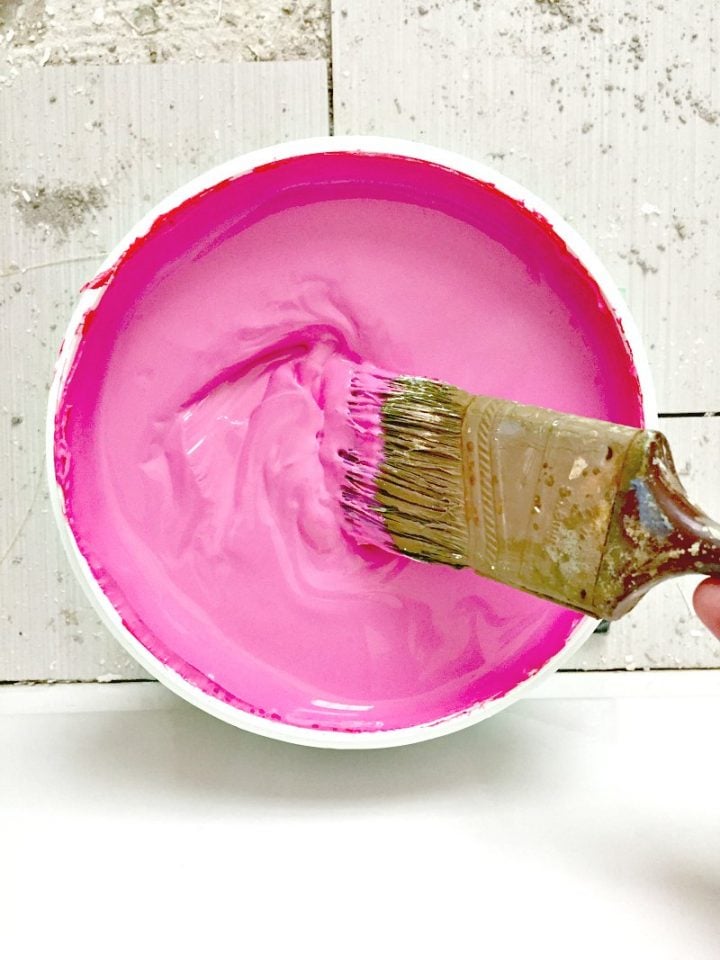 Alrighty… so I’ll leave this post as-is for now, but more posts are on their way! Any of your own tips to share? We’ve still got how-tos on replacing the drywall, waterproofing, tiling, and several videos I haven’t even had time to edit yet but I’ve committed to making, so I’m sure I’ll regret that decision later. And on Friday, I’ll cover a trip I took last month that serendipitously inspired my new tile choice. Stay tuned for all of that… definitely more to come.

Update: the shower is DONE! Want to see the tile I picked? Click here for the big reveal! 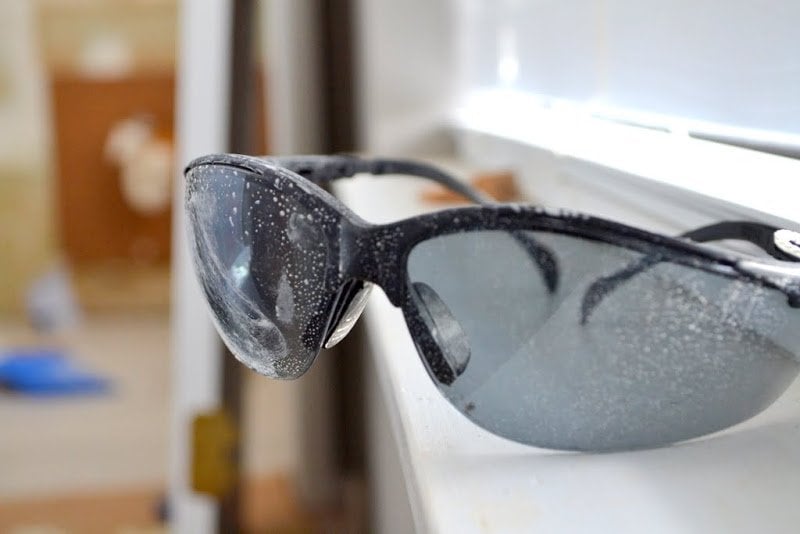