Last Thursday’s post had a picture of some new merch I purchased from Homegoods, including a new duvet cover which I decided to put on the bed this weekend. But before I could add the duvet cover to the comforter, we had a small (but important) snag to take care of:  just how do you take care of the bunching problem when the comforter is inside the cover?


I found my answer in tiny duvet clips. They are about the same size and shape as standard binder clips (the kind you can pick up from Office Max), but they have a bit of padding added to the ends to make sure you don’t feel like you have a rock (or, well… office supplies) in your comforter. 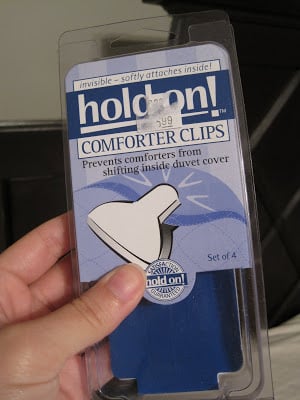 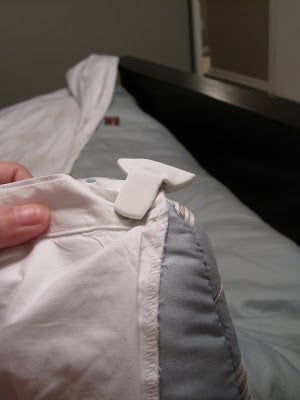 While I still want to get some pillows that add a little color to the bed, I think the white + burlap combo creates a neutral background for the color that I plan to add later. I also really like the tiny details and texture that have been added, such as the small beige flowers stitched onto the bottom of the duvet: 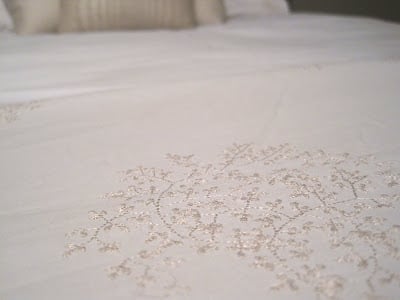 And the silvery thread in the textured fabric of this accent pillow: 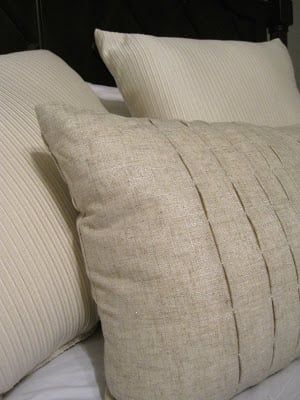 The best part about this duvet cover is that it’s easy to clean (just pop it in the laundry), and I can change it out with another pattern anytime I like. Since I can be finicky about sticking to a design plan, the flexibility of duvet covers suits my changing tastes perfectly. 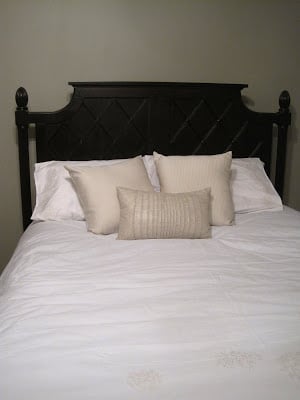 If you think you may want to go the duvet cover route, keep in mind that not all duvet covers are created equal. Even though manufacturers will all sell a “Queen” or “Full/Queen” size, the duvet cover may measure 92″ x 96″, 90″ x 98″ or could even be “mini” duvet covers that measure 88″ x 92″. Just note the  size of your comforter before you start shopping. I specifically chose my comforter for its size knowing which duvet covers – like Crate and Barrel’s – would match the measurements. Since I can’t really afford a $200 duvet cover yet (like the one I’m dreaming about from C&B), I decided to roll the dice and try this cheaper one from Homegoods out. So far, I really like it, and so does Scott (who was actually more interested in our new mattress cover, go fig).

Please feel free to comment, I’d like to know what you think of our new bedding. And I’m curious to see if you have any duvet tips of your own! 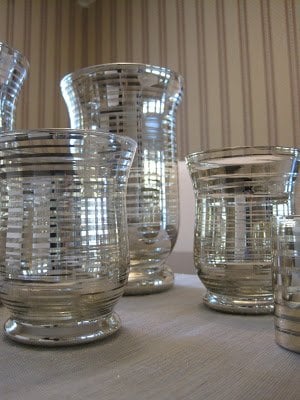 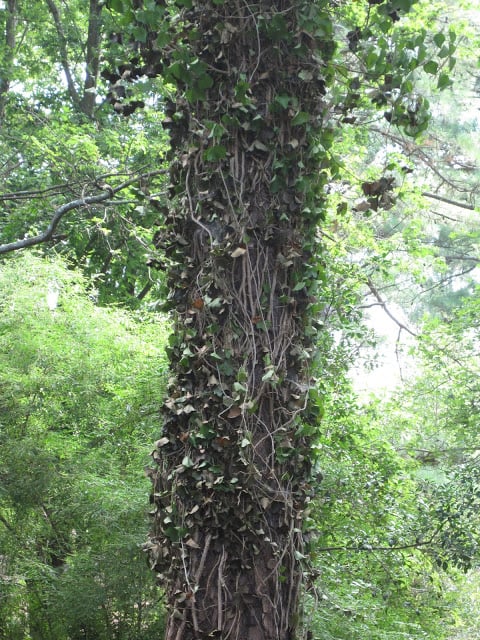 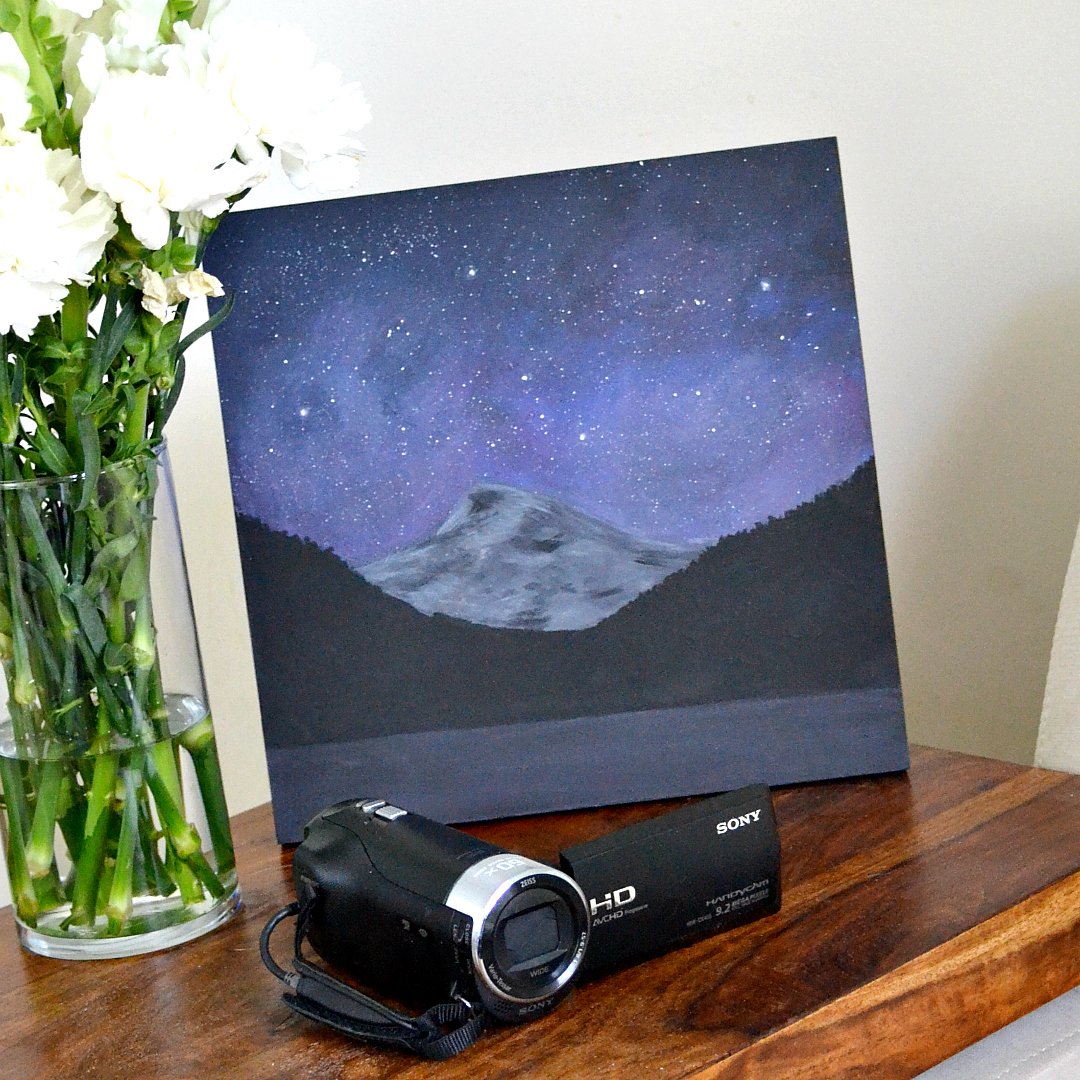 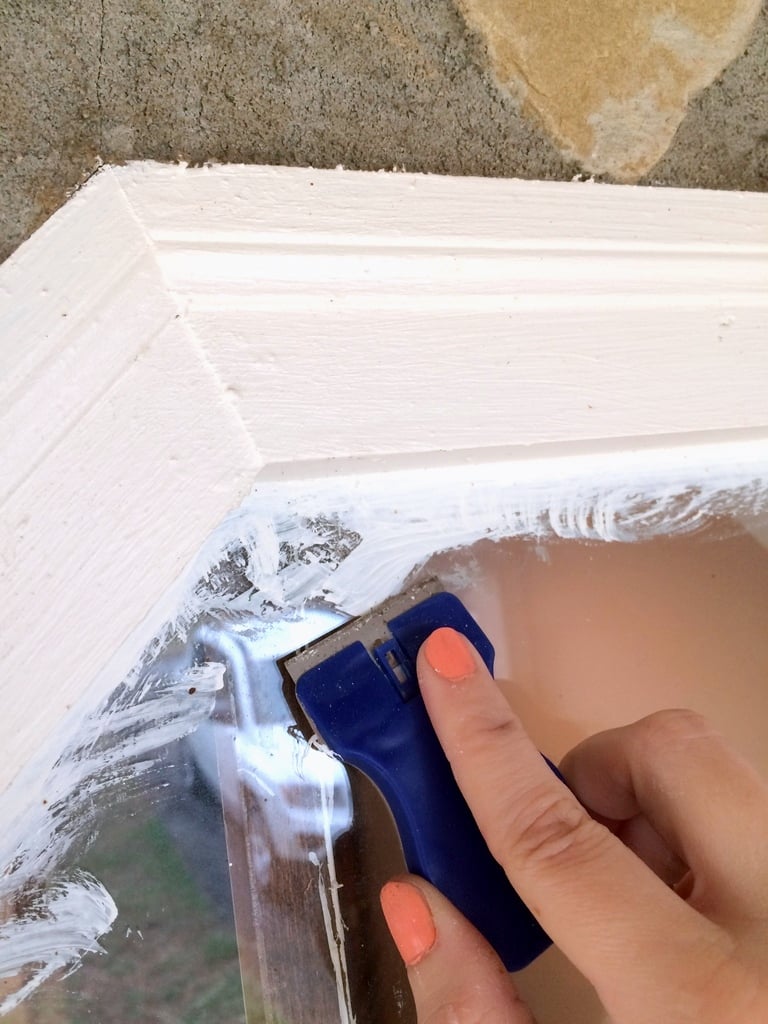 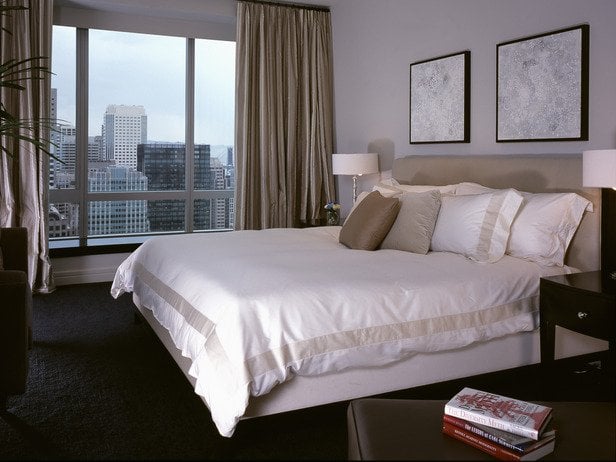