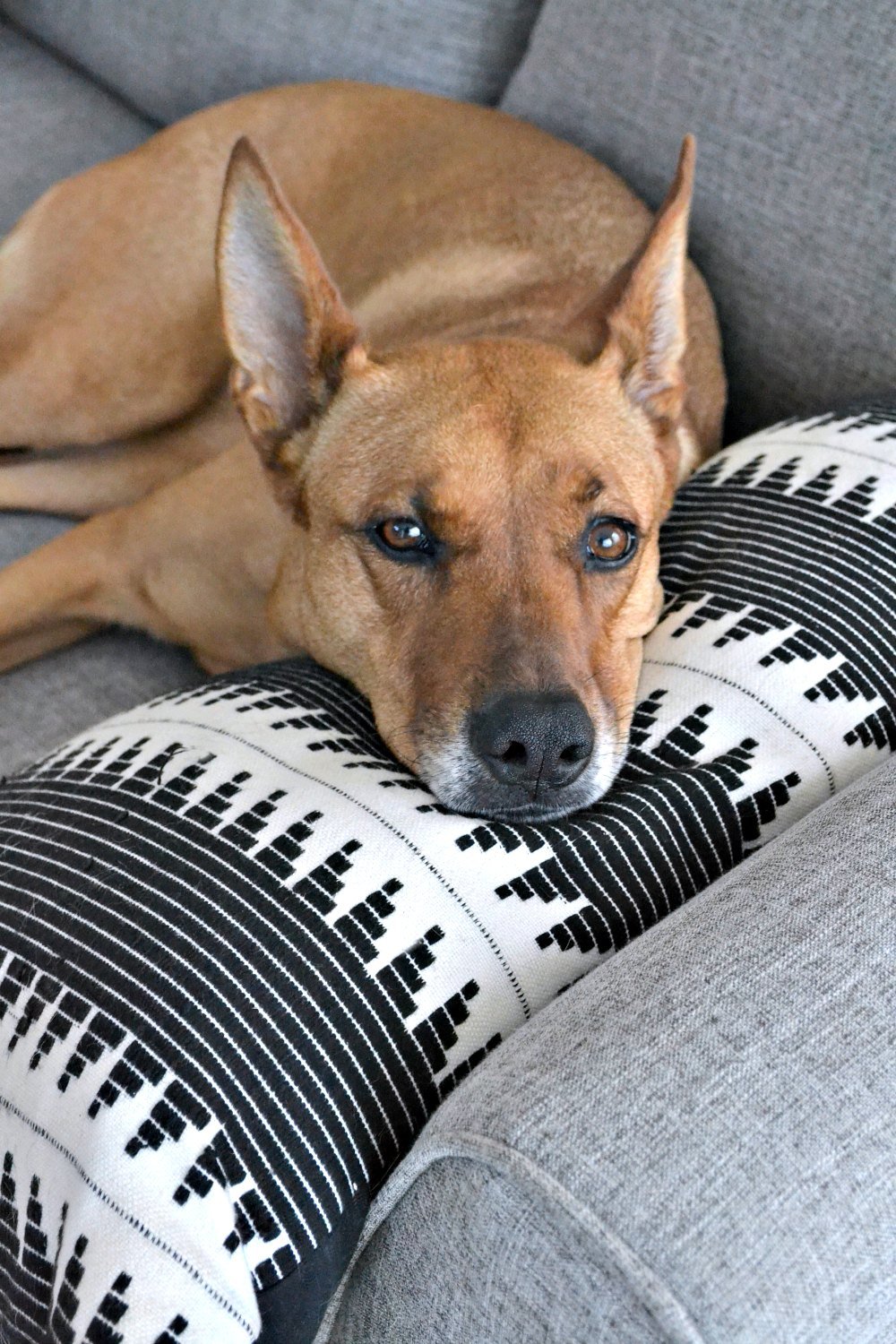 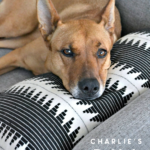 The time has finally come to find out more about Charlie. Here are her recent Wisdom Panel test results, and what it was like to do a dog DNA test!

Full disclosure: I was going to talk more about my plans for the guest bedroom today. But Charlie had an injury over the weekend*, and she’s been farting up a stinky storm today, so she’s more than a little on my mind. So, just for the heck of it, I decided to move this post up and share the results of her DNA testing. 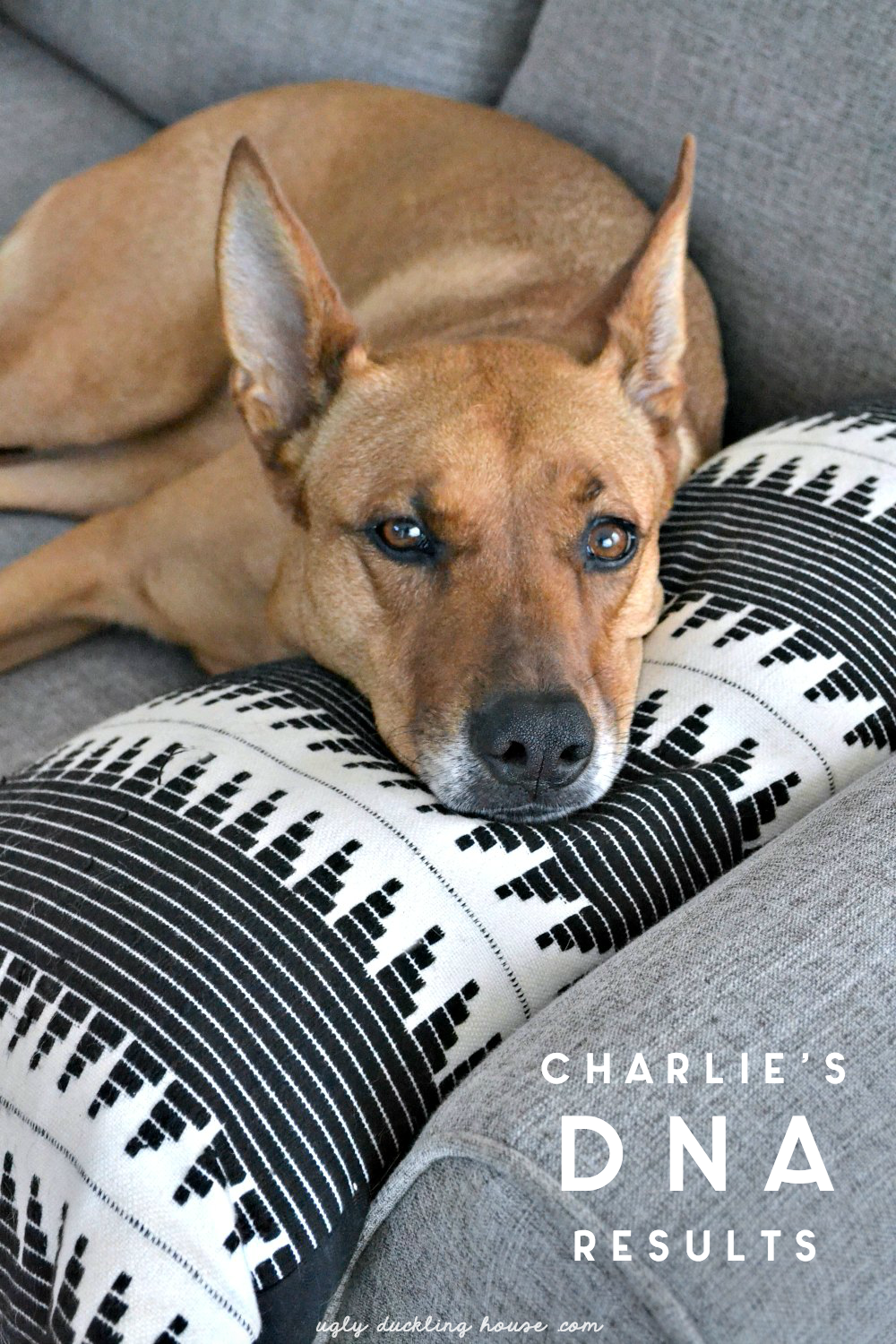 *The Charlie Injury Story: Charlie hates her nails being trimmed. As in, FLIPS OUT if they are touched and therefore has a red flag on her file so vets/groomers won’t touch her. So, to help keep her nails in check, I have to use alternative natural ways, such as her nightly walks on asphalt in the neighborhood, letting her dig, and running around on a hard surface at doggie day camp. Unfortunately, Charlie still gets herself into trouble every now and then (like trying to climb my backyard fence) and split one of her nails on Saturday. Poor baby. It’s been treated and she’s on antibiotics and she’s back to her old self, so don’t worry! I’ve got a watchful eye on her until it’s fully healed.

Why Charlie Was Tested

It all started last fall, when I swabbed her gums using a kit one night. I was sorting through stuff to donate to Goodwill after the guest bedroom clean-out, and K brought the kit down in one of the boxes. In truth, I’d never really planned on getting her tested. At least, not with my own money; I thought it was kind of a waste. As long as she’s happy and healthy, why bother, right? 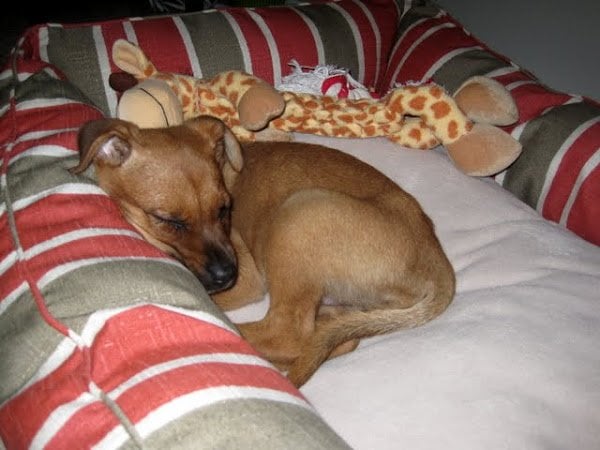 She is such a unique-looking animal that people seemed to love guessing at her breed. And since the actual truth made no difference to any of those things, I never considered it important. 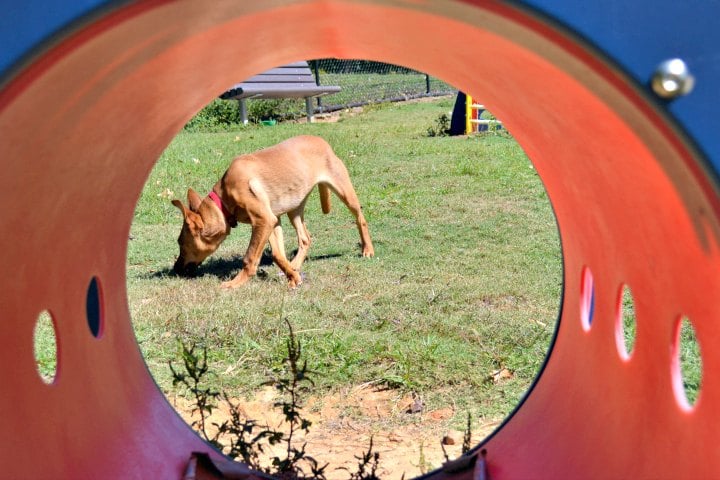 But, a few Christmases ago, my sister Emily (the owner of 3 mutts herself) decided my reasoning was lame and bought me (Charlie? us?) a DNA testing kit by Wisdom Panel. 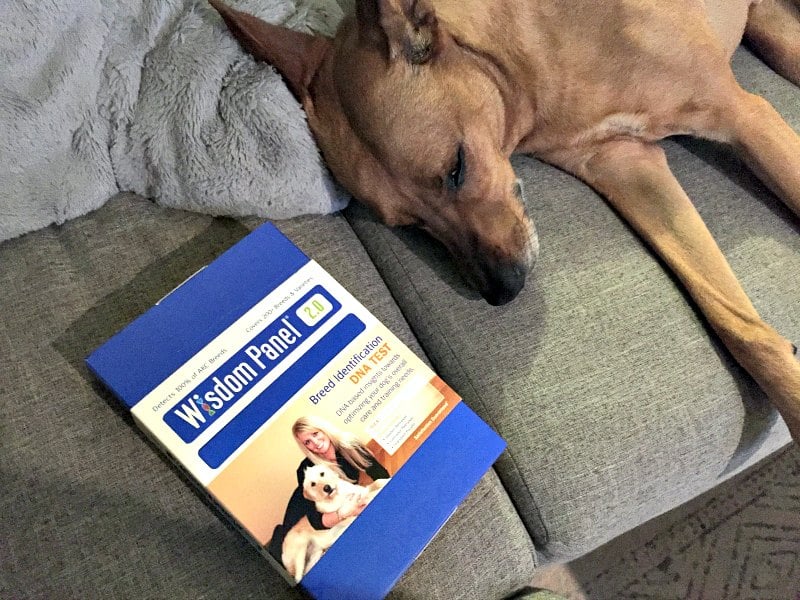 I forgot about it for a few years, which is how it popped back up on my radar as I was sorting through things from guest bedroom storage. So, basically, I finally buckled. I swabbed her cheek and gums (much to her reluctance, but it was a simple-step process to complete) and sent off the kit. A few weeks ago, I got back her results. 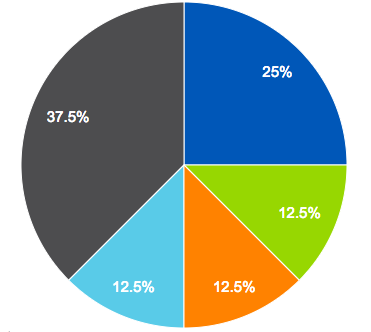 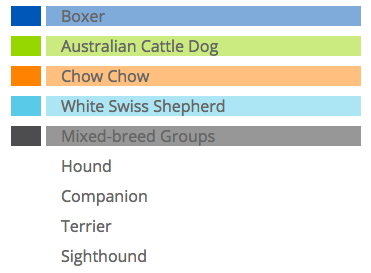 Here’s the actual breakdown of Charlie’s ancestry chart, which I honestly DID find interesting: 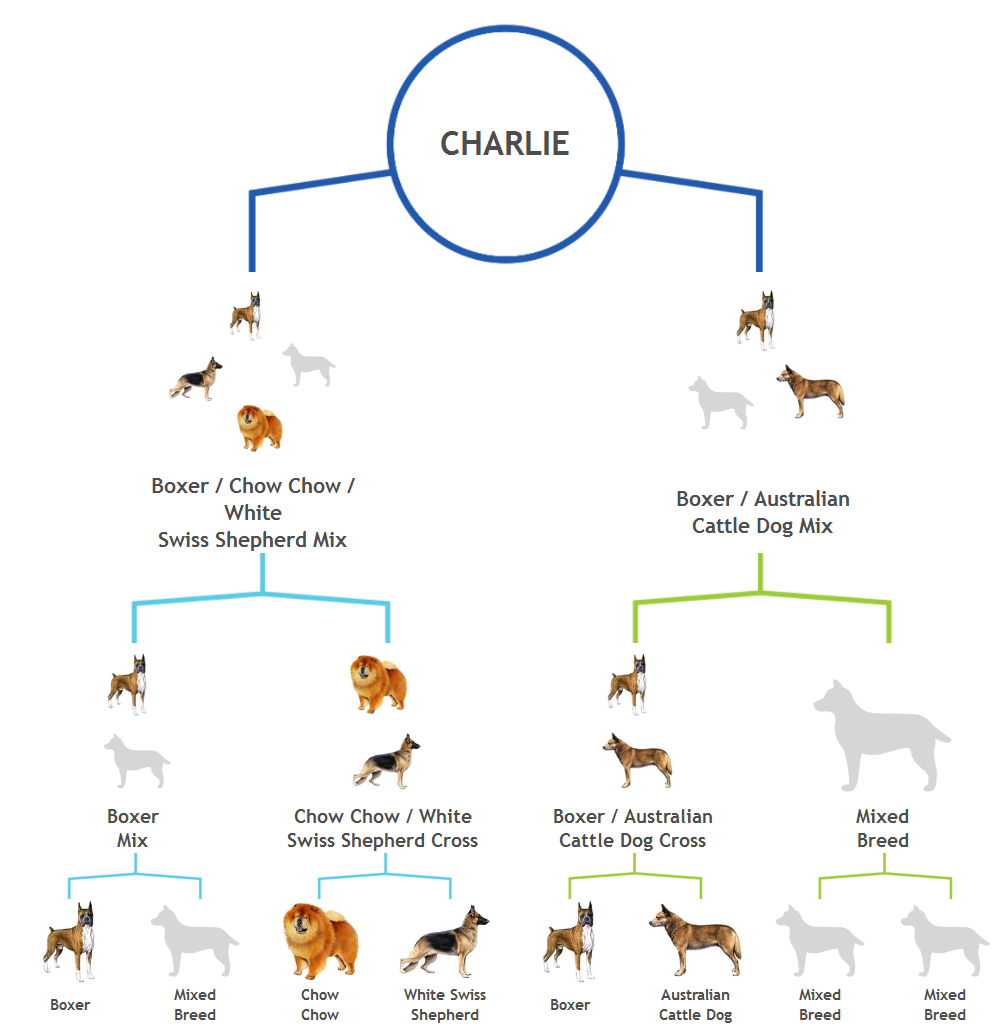 Overall Thoughts on Her Results

I always suspected she might be a Boxer mix, especially because she’s so solid/muscular, loves to “box” people (gets on her hind legs and sort of paws/punches at you, right about crotch level), and “kidney beans” (shakes her tail from side to side that causes her whole body to twist like a kidney bean), all characteristics I’ve seen in other Boxer mixes in the past.

The White Swiss Shepherd and Cattle Dog makes sense with her crazy ears. It also explains her high energy level (even though K’s dog, Stella, is around the same age, Charlie seems way more like a puppy in comparison). And the Chow part explains her tongue’s black splotches! As for the rest? Even the DNA company was like “shit if we know… your guess is as good as ours!” Roughly 37% of her test results came back inconclusive enough that there’s no one breed it points to.

So, there you have it! My precious girl has a little more known about her. Of course, I still think it really doesn’t make any difference, especially since I enjoy letting people speculate (and those of you who have emailed me photos of your own pups thinking they are the same breed or similar, I still welcome you to do so; I never get tired of puppy pics!). Mom and Em were happy to know the results, too. Were her results what you thought it would be??? Have you ever had your pup tested? What did you think?

P.S. Just so there’s no confusion, this was not sponsored. 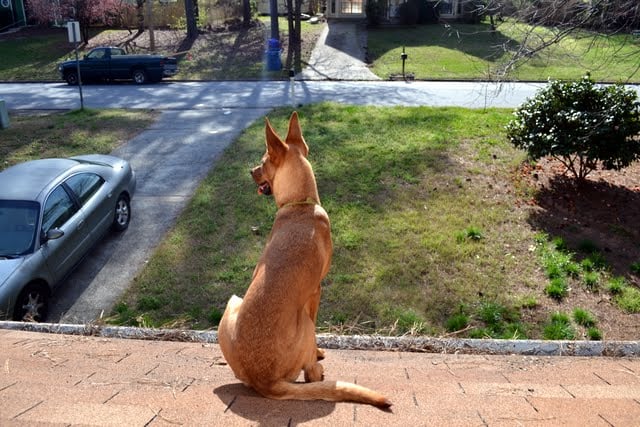 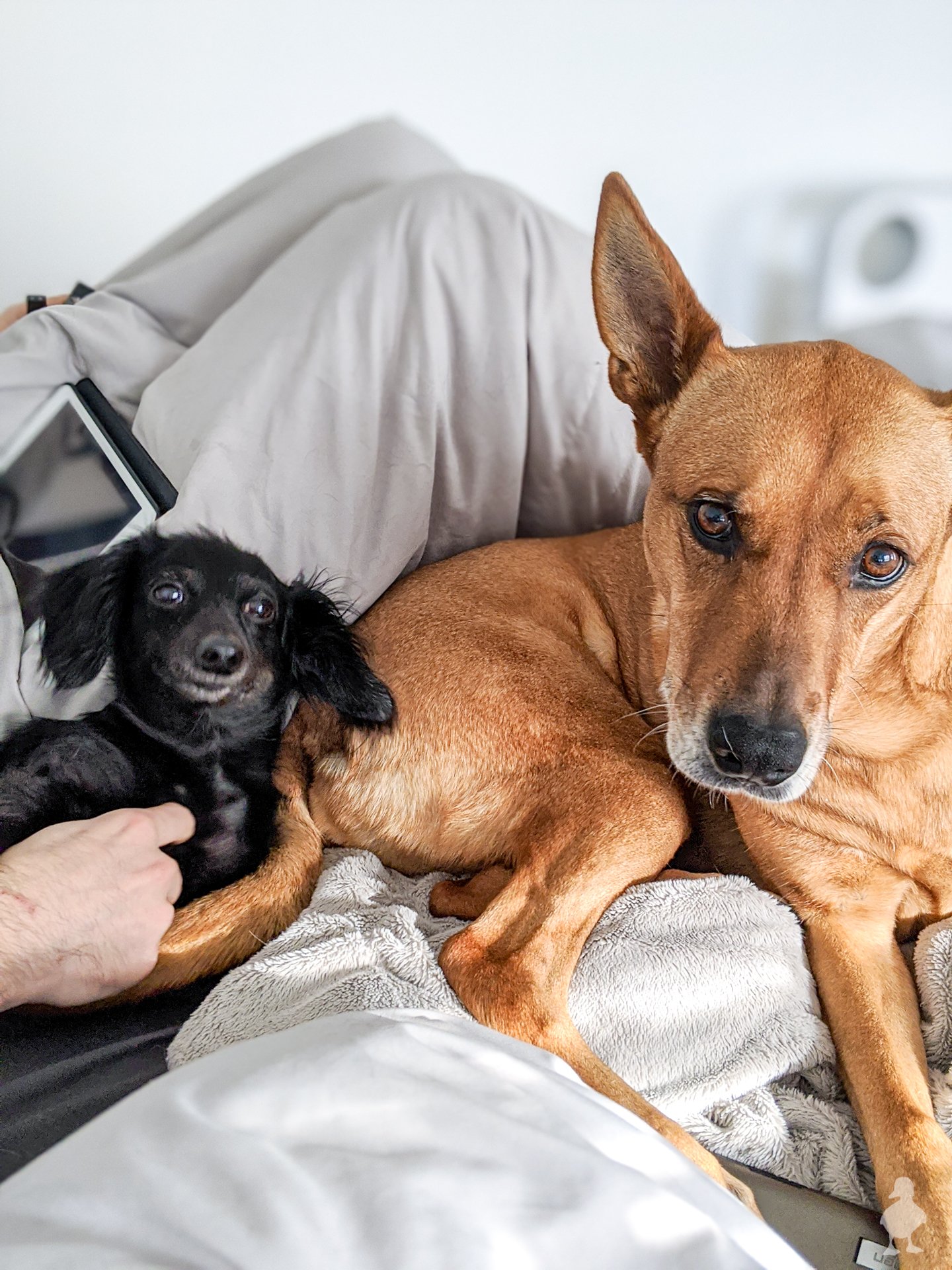 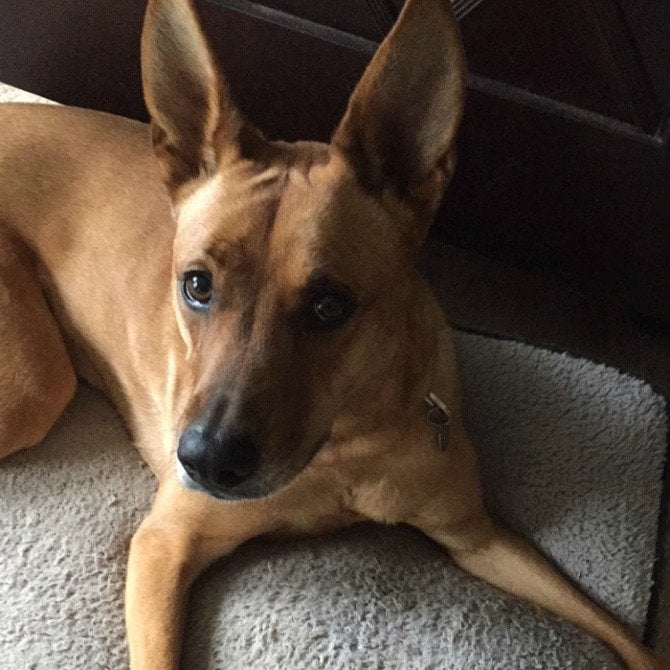 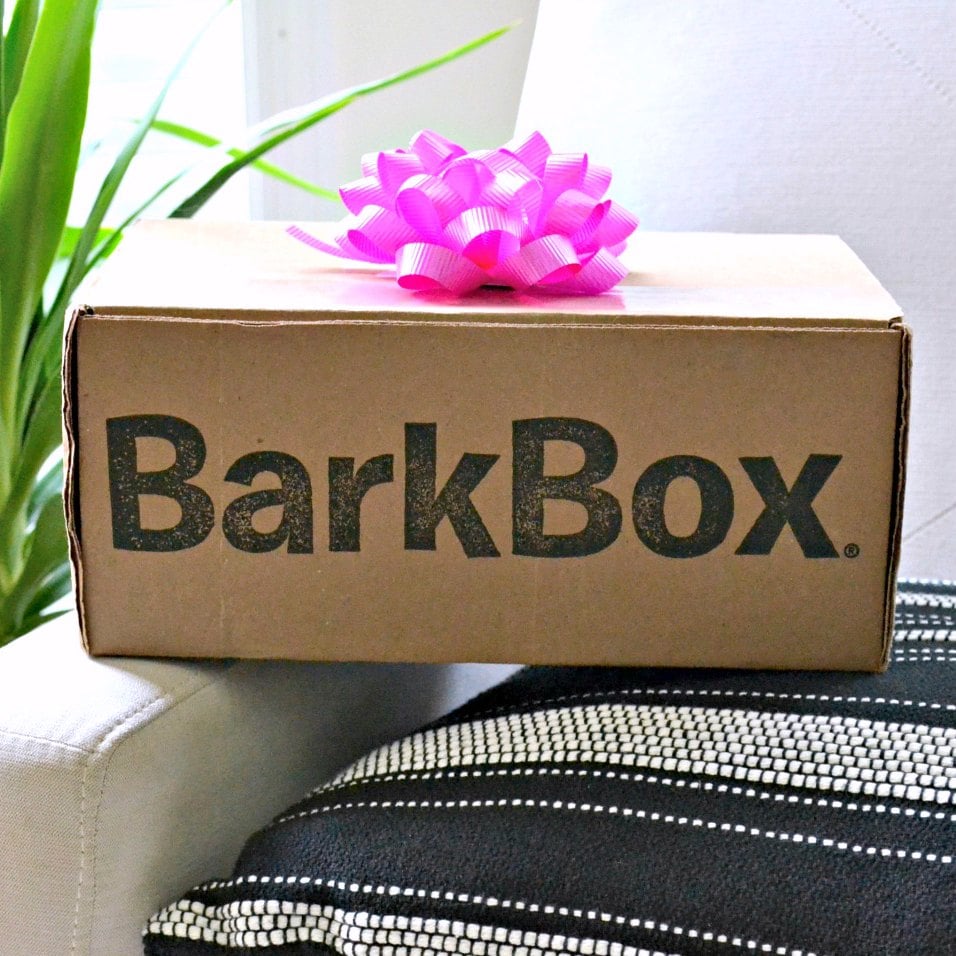