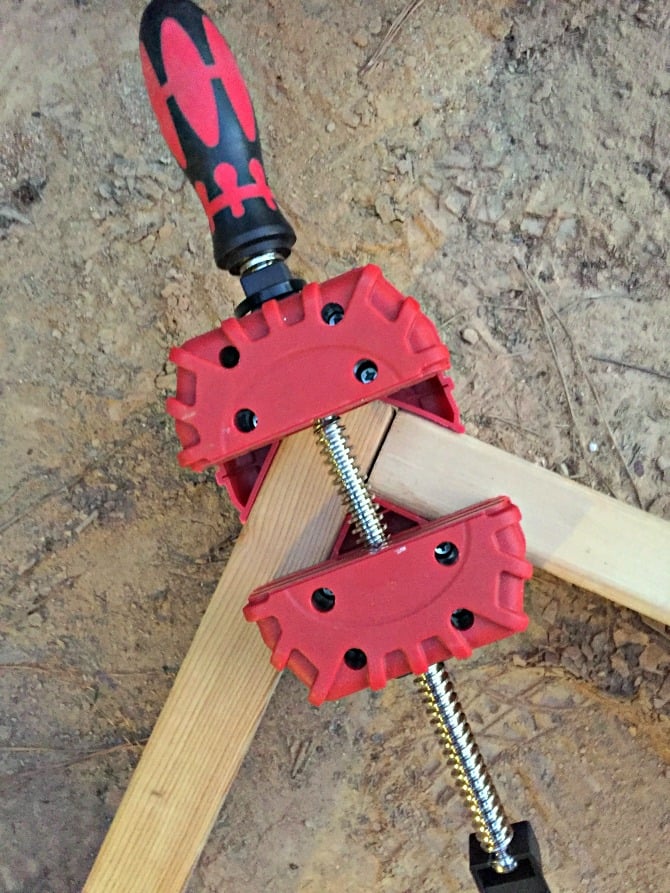 2016 projects seem to have a theme at the UDH: dirt. Digging it up, moving it around, or buying a whole bunch of it… I have subconsciously picked a theme and have been running with it for months. The upside, at least, is that shoveling and using a mattock gives me quite the leg and butt workout — so if you’re looking to enhance your yard and skip the gym, I think this is a pretty good pick. 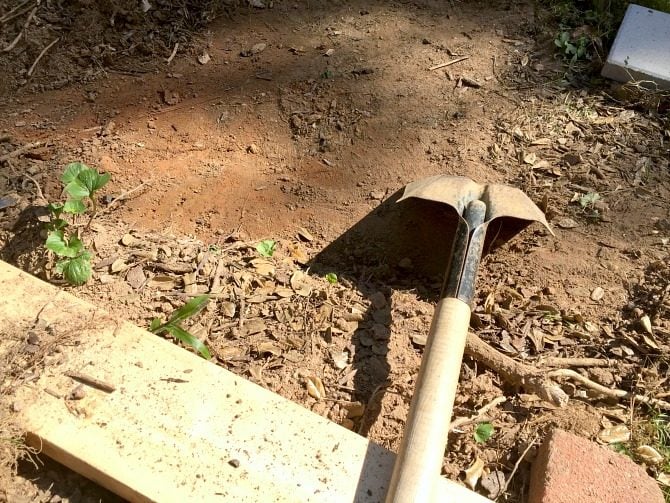 This past week, the majority of my time has been spent indoors working on a few blog design clients (life of a freelancer — things area always different week to week!). But every now and then, I took a break to dig at the side of the house. The goal was to get around 4-6 inches down into the garden soil and set up the frame for the concrete pad that will serve as the landing spot for my outdoor trash bin. I’ve been watching a few Youtube videos on how I’m going to accomplish this, but the general idea is that once I know a little bit more from hands-on experience, I’m going to pour another, larger slab in the back yard to begin the shed building project. (This post contains affiliate links; for more, see my disclosure page.) 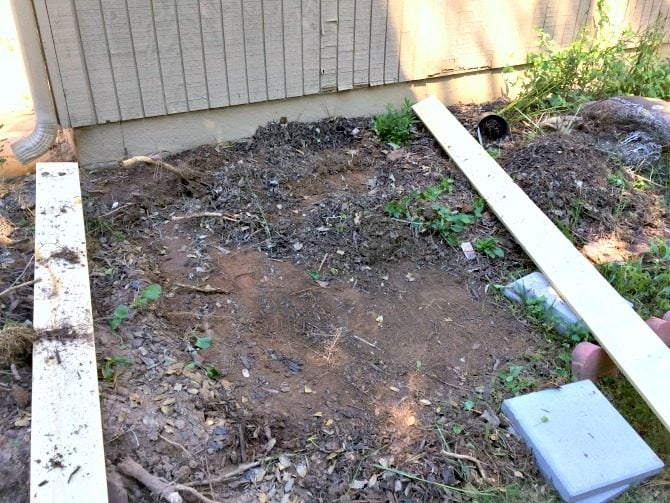 The first inch or so turned out to be pretty easy to dig out, but eventually, I had to whip out my mattock and use it to break up large chunks of the red clay so commonly found in Georgia. The upside, if there is one, is that it’s already pretty well compacted without me having to do much else… but the downside is that it puts up quite the fight when you’re trying to move things around. 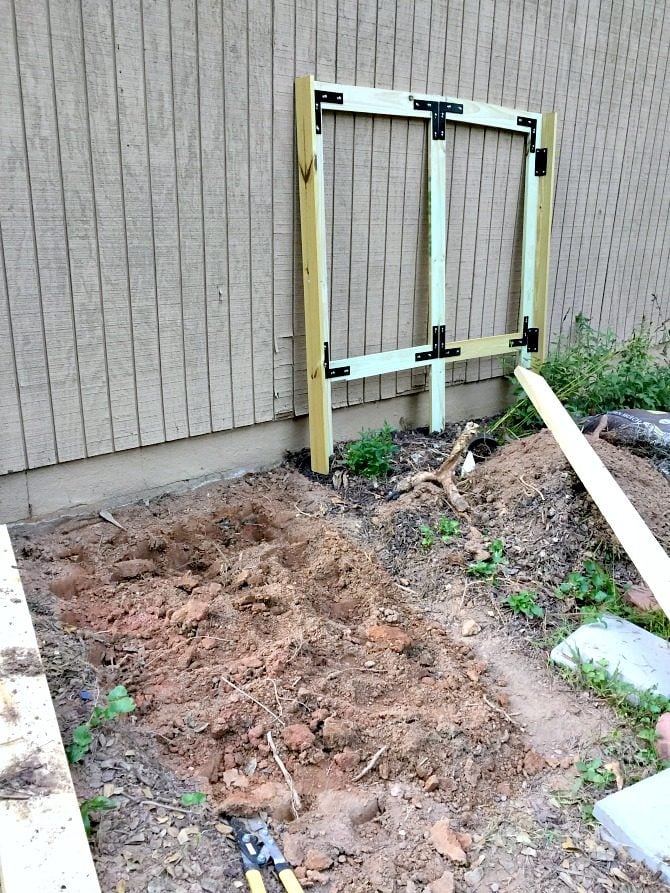 After multiple rounds of hacking away and digging out the dirt, I also ran into another enemy that plagues this house: more freaking roots. I did get a lot of them out when I rented the backhoe in August, but their tendency to — you know, stay buried in the soil — of course resulted in a few extra that I didn’t find in time to get more heavy-duty assistance. 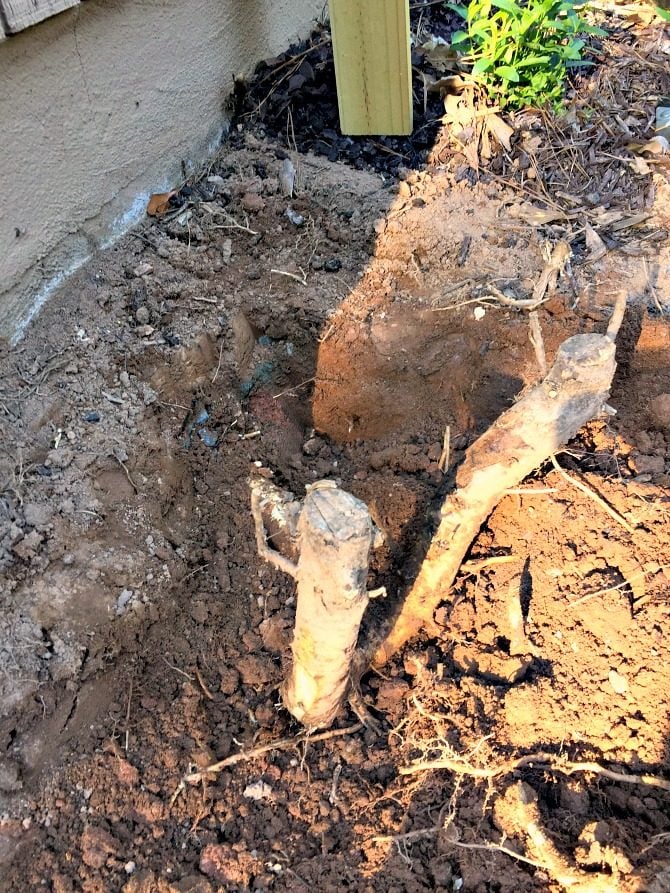 Once the roots were clipped or dug out of the ground, I wound up with enough space to start planning the wood frame. And see? No need to compact that much since the soil is as stubborn as the homeowner writing this post. 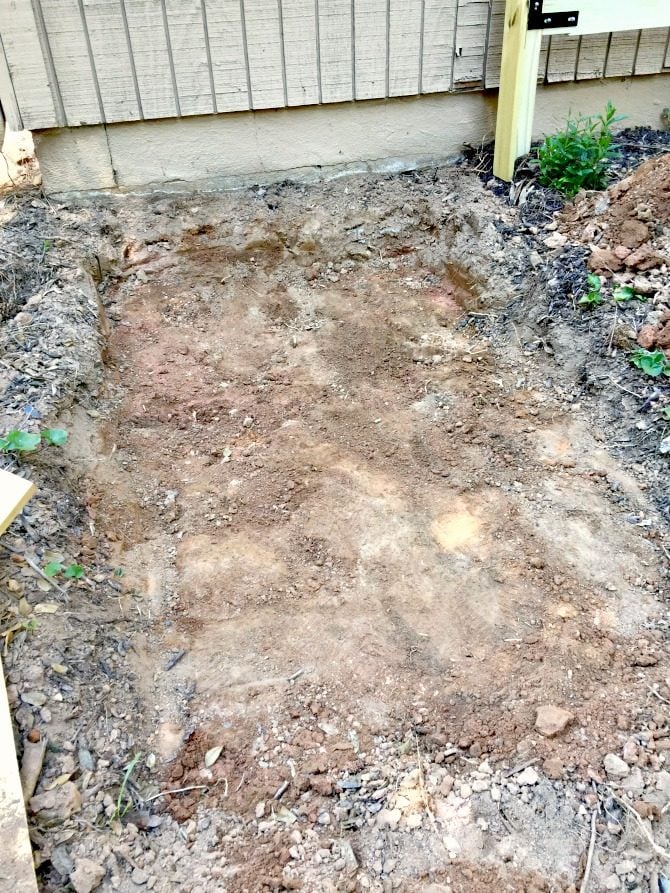 I had some scrap lumber in the garage and used it to chop down two 2x4s to create something that’s around 3 feet wide and 5 feet long,. In doing so, I also made sure that the area was dug deep enough before screwing the frame together. 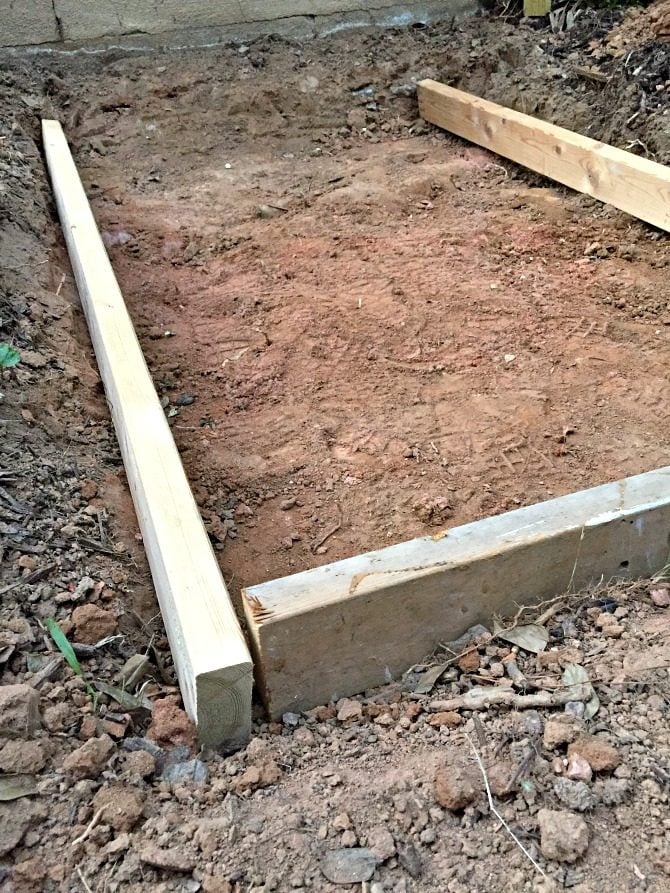 Getting the frame square and level required using some new tools I picked up at Harbor Freight: corner clamps! These were cheapos but if I were to start doing more woodworking (like cabinetry), I’d recommend getting something a little more professional grade (I might eventually also get the Kreg one, but it’s not a priority right now – if anyone owns them and has an opinion on if they’re worth the money, I’m all ears!). 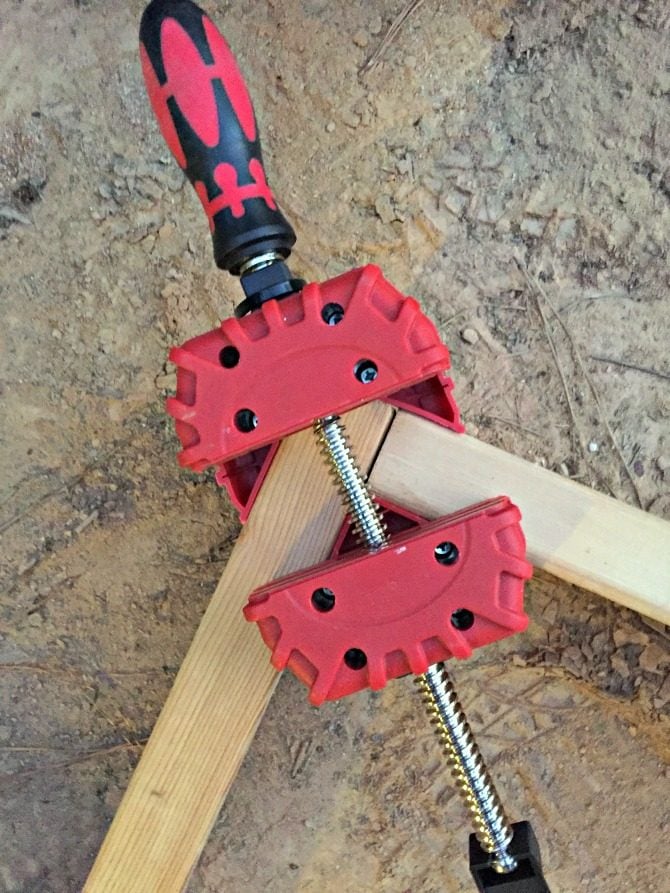 Once the frame was squar(ish), I placed it back in the designated area and checked for level. I couldn’t help but laugh and the fact that without even trying, the whole thing was perfectly level! The thing is though, I wanted the slab to have a slight slope so that it would be easier to wheel the trash bin on and off the pad (not to mention, to keep water/rain runoff sloping away from the foundation of the house). 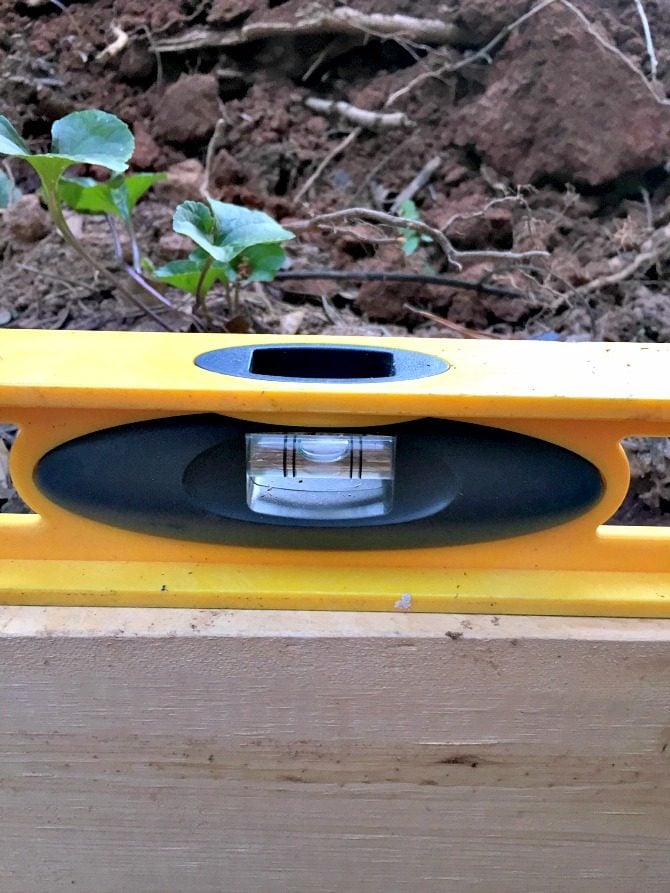 Once the slope was rectified, it was time for next steps: staking the frame into the ground (so that it doesn’t bow out when the concrete is poured) and adding some all-purpose gravel to the base. Guess which one I decided to do first, even though I should be doing the stakes first? The more fun thing? You betcha. 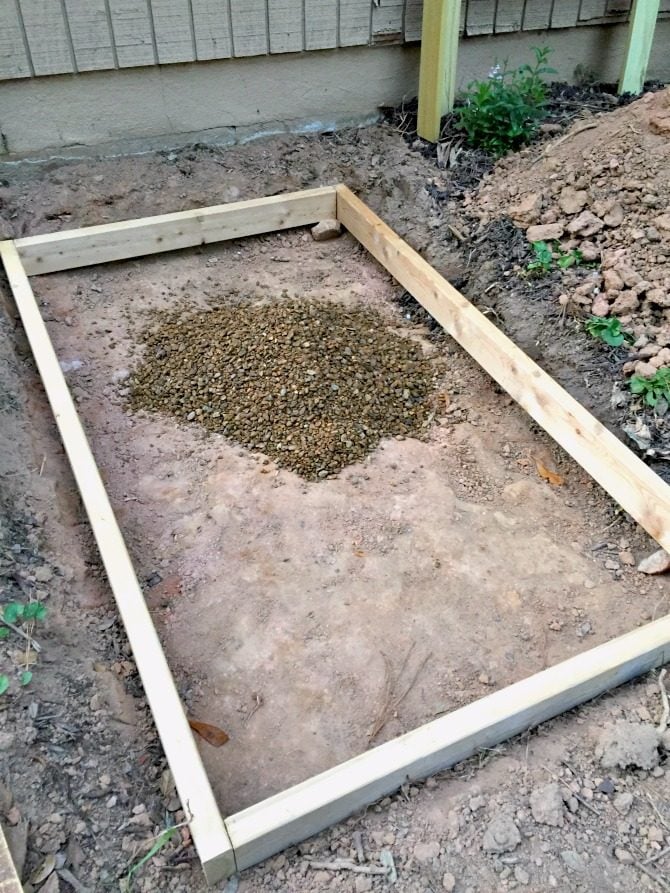 The frame is pretty square as it is on its own, so the stakes are really just going to be reinforcement. And it turned out that I opted not to purchase them on my last trip to the store, so I just went ahead and added the gravel anyway. This was after two bags, but I think I might need to add a third. According to the videos, I’ll need to compact the gravel a little. 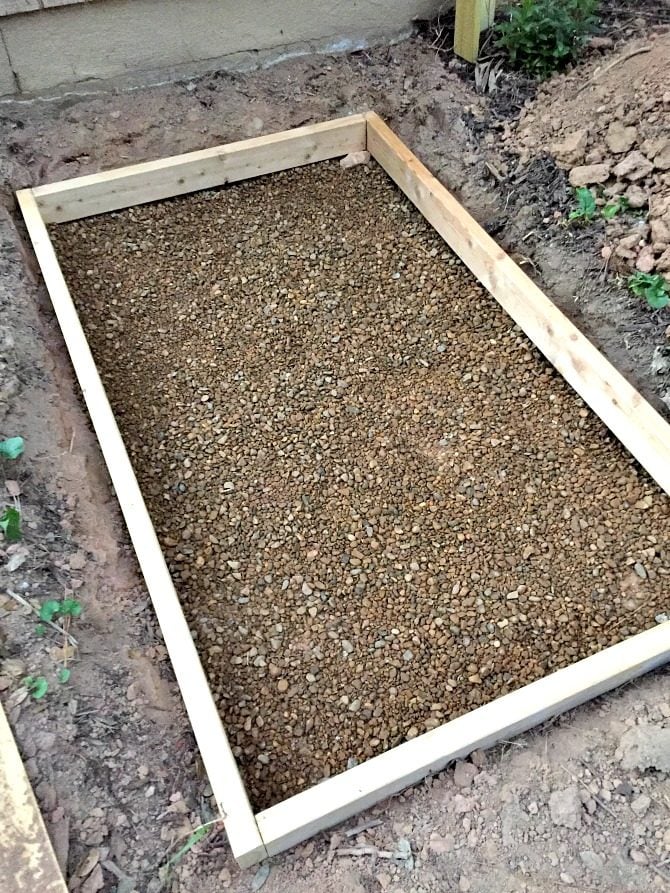 Since I forgot the stakes, I think I’m going to make some of my own using some scrap wood left over after making the frame for the wood screen that will go next to this pad. I’ll cut them down and use my miter saw to add a 45-degree point on the end. 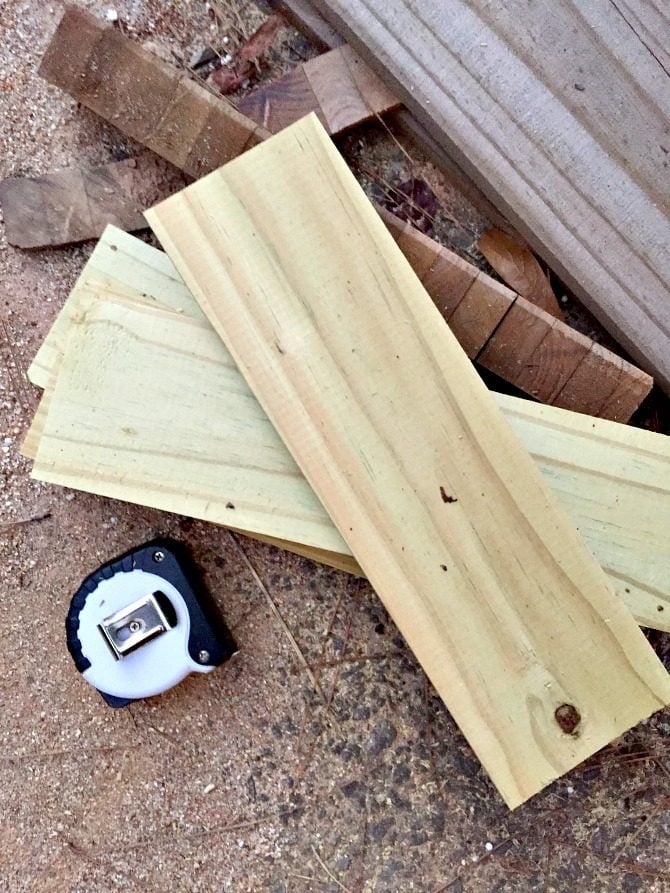 Hurricane Matthew stopped me at this point (didn’t want to pour a slab if it’s going to rain), but this week looks to be nice and sunny, so fingers crossed that I have the energy to mix several pounds of concrete and have something to show for ya soon. ;)

What’s your goal this week? 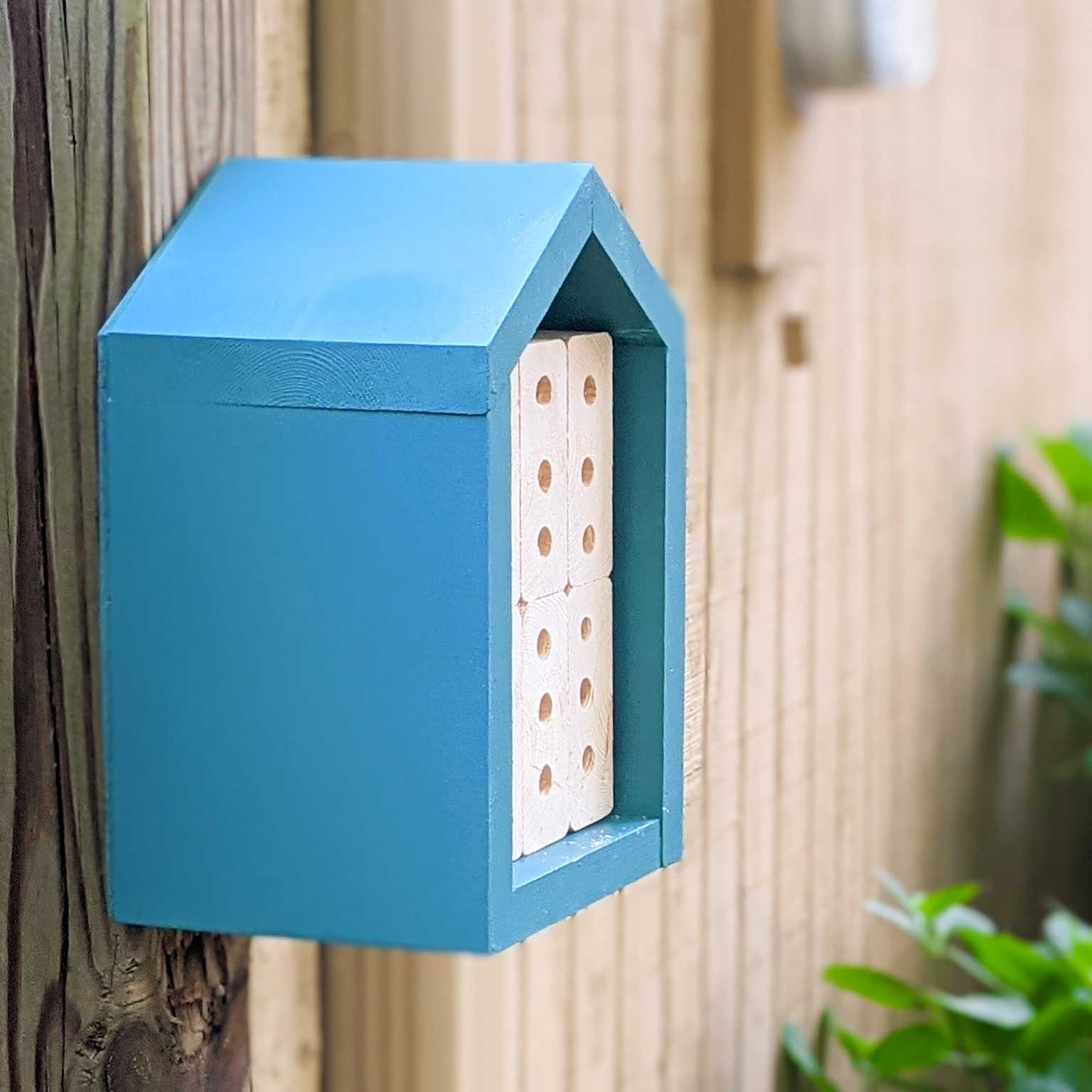 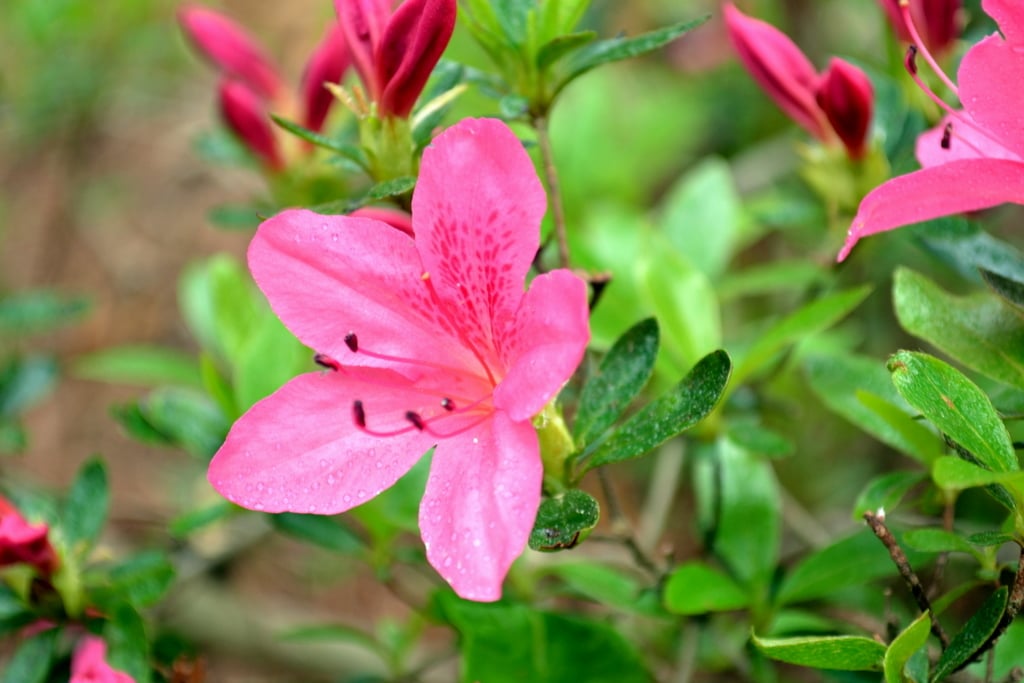 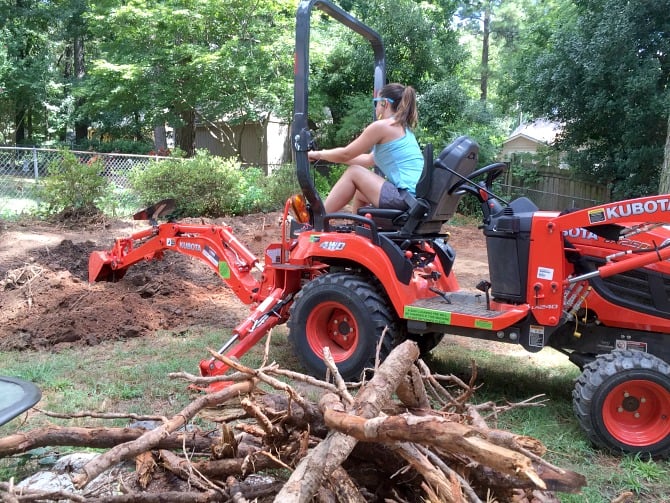