Hold on to your party pants: I’m talking about task lighting and LED bulbs for a minute. 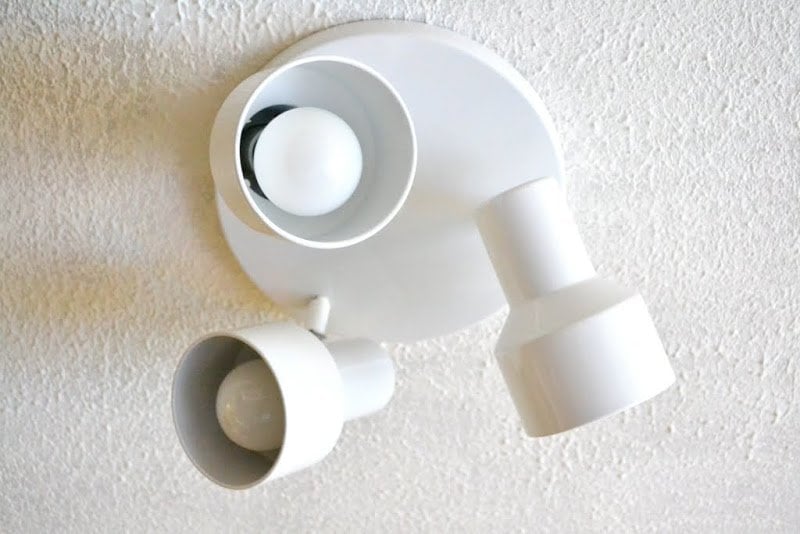 I know, it sounds boring. And that’s pretty much why I’ve been putting off this particular item on my to-do list since I first began the whole one-car-garage-slash-workshop organization earlier this summer. That, and I don’t have a lot of patience for installing light fixtures above my head (my arms get tired, there’s always one tool I forgot I needed and it’s across the room, etc.). But when it comes to bruised shins, there was more to the story than just adding a pegboard wall and getting my scrap wood pile off the ground: I needed a lot more light than this dinky old bulb. 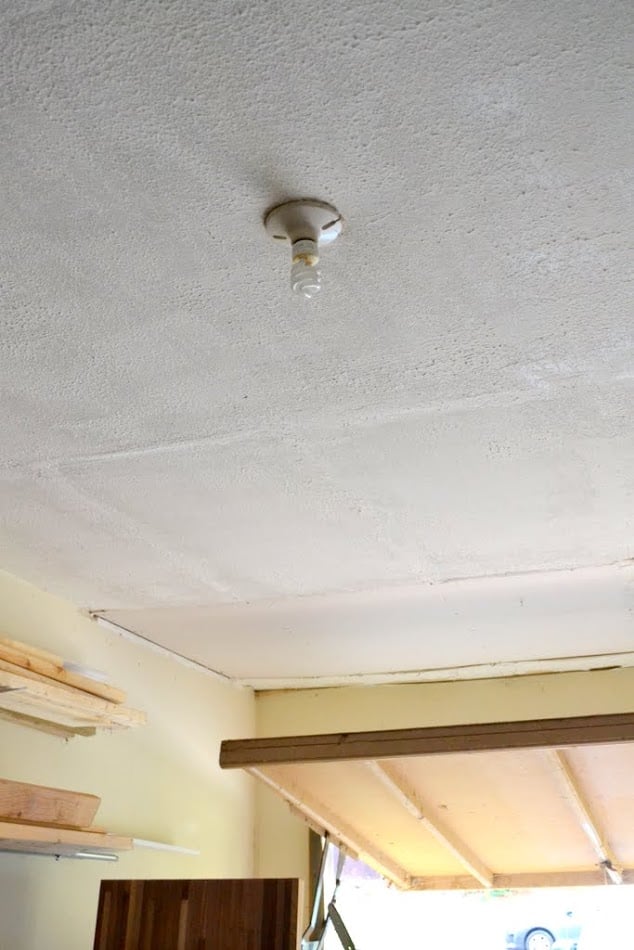 And I knew this, and intended on doing something about it eventually, but it’s one of those kinds of things that you need some kind of external factor to motivate you to do (a single bruised shin is forgotten… until you get another). And then, the motivation finally came along in the form of a burnt-out bulb and Ace Hardware.

The scenario is pretty typical: you walk into your garage at night, flip the switch, and nothing happens because the bulb is burnt out. Again. Instead, you’re standing in the cold, pitch black grossness of a cobwebby garage, touching vaguely familiar things as you make your way back to the kitchen door (my garage’s light switch is strangely several feet beyond the kitchen door, so I have to walk a couple feet in the dark if I close the door behind me to keep Charlie out). If your house is full of noise and you don’t live alone and you don’t have a vivid imagination or friends who think sending you scary videos is hilarious because they know it freaks you out, that’s probably all totally fine. But I’m not that person and my friends are kind of jerks, MIKE.

Anyway, the folks at Ace came along and asked that I have a call with their Home Expert, Lou Manfredini (oh, the awesome nicknames this guy must have had growing up) about LED bulbs as part of an initiative they’re running to help motivate people to make the switch from incandescent and CFL (compact fluorescent lighting) versions. I nearly said no because many of my bulbs were CFLs and therefore energy efficient already, but there was one little thing nagging me: I have kind of hated using CFLs. And the one in the garage that burnt out? CFL.

So when Ace said things like please and thank you and mentioned how much longer LEDs last, I agreed (the appeal of no longer fumbling around in my garage was a big part of that). And Lou wound up being super knowledgeable and a total hoot to talk to, so I wound up learning a few new things in the process that I thought I’d pass along. 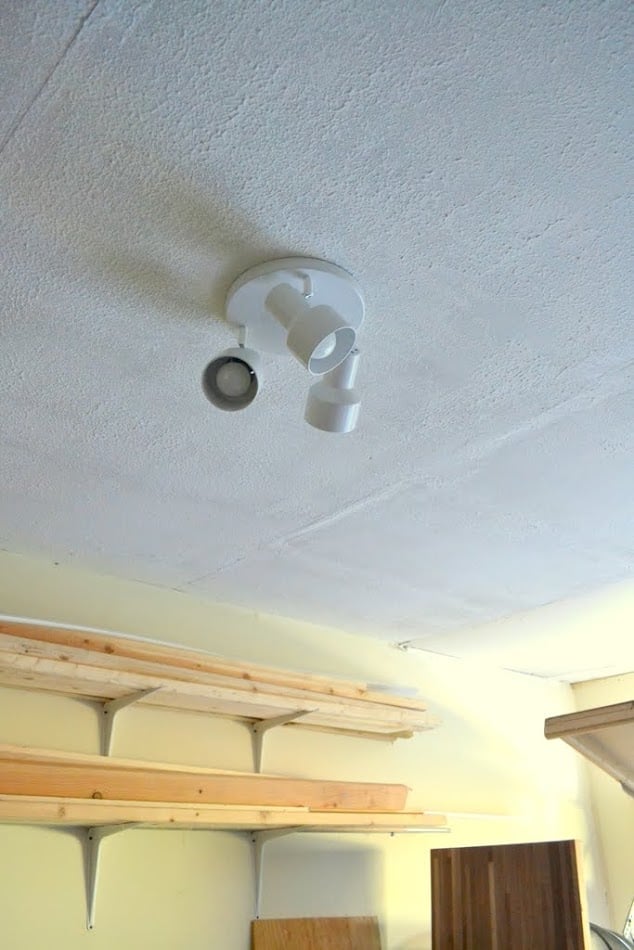 I know it sounded like I just repeated myself three times in terms of light bulby-ness, but have you noticed that LED light bulb packages have a “wattage equivalent” listed? That’s because even though we usually think about a bulb’s brightness in terms of wattage, brightness is actually measured in lumens (light output). Wattage is actually a measurement of the amount of power the bulb uses, not light output, so as we move further and further away from traditional bulbs, we might eventually start using this term more often, since an LED bulb uses only 13 watts in fixtures that used 60-watt bulbs to produce the same lumens.

Another term I learned about: Kelvin measures color. When LEDs first came on the market, one of the biggest problems was that they didn’t have that warm glow we’re all used to in our homes and instead emitted a much colder hue. Now, LEDs can give off the “warm white,” “soft white,” and “daylight” colors that consumers look for most.

2. They last a really long time

Regular bulbs have about 1,000 hours of life in them, CFLs have about 10,000, and LEDs have 25,000. Which is a lazy-girl-win all over the place, because it means I’m basically moving out of this house before having to get on a ladder to change a bulb again. It also makes them a pretty good choice for hard-to-reach and outdoor bulb replacements since those are a giant pain to deal with on a regular basis. 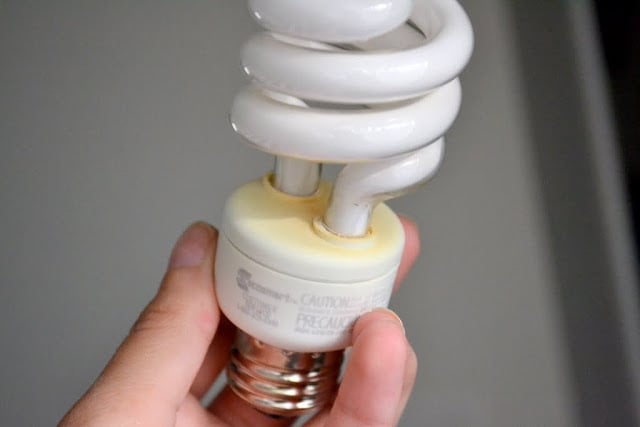 And if they’re going to last, it would be nice if they didn’t look like this.

Here’s the funny part: I went to the store to pick out a new garage light fixture thinking that I would simply find a new light, pop in some of the new LED bulbs Ace Hardware sent me, and call it a day. I had a few simple design opinions in mind (mainly, none of the fixtures that come with the finials that make the light look like a boob), but for the most part, I just wanted something that would give me better lighting than what I had before. To my surprise, some LED-compatible light fixtures often come with the LED already inside just like your Christmas tree; meaning that if you bought one, they last so long that you don’t even need to change the light for 20 to 30 years, so there’s really no install-fixture-add-bulb combo; it’s just an all in one sort of deal. I thought the concept was pretty neat, but the light I found that I liked the most still needed three bulbs. Which I then installed: 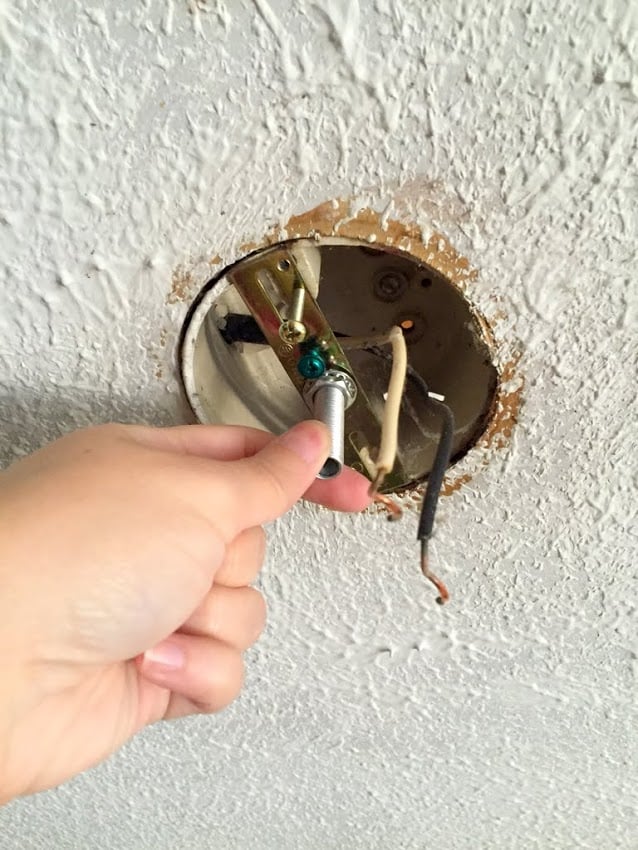 And am quite happy with now that I’ve got far more light to work with in the garage at night. 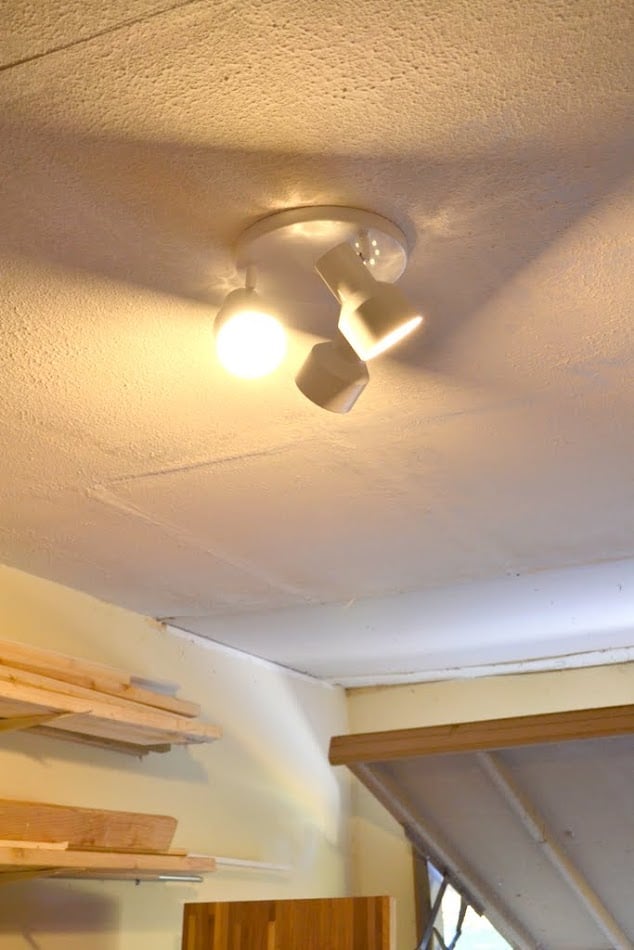 3. You can (almost) drop kick them

Kidding, but LEDs aren’t as fragile as the bulbs we’re used to (CFLs included). Some even include shatterproof glass and they don’t require special handling like breaking a CFL.

I think most of us are familiar with burning our fingertips on a freshly turned off bulb. LEDs give off less heat and operate at a much cooler temp, reducing the chances of singed digits. Not to mention fewer scorch marks in your favorite lamp shade when the light fixture inexplicably gets knocked over (cough cough Charlie cough).

5. They are brighter right away

One of my biggest gripes about CFLs is that some take a little longer than others to achieve full brightness. When an incandescent bulb went out in my master bedroom, I replaced it with a CFL bulb and hadn’t realized that some of them do this until I was rubbing my eyes and thinking they were playing a trick on me. Did I even turn on the light? Is this as bright as it was before, or did my eyes adjust to the dark? And it happens to me every time in this room because the rest of the lights in the house don’t work this way, so it takes a long time to get used to. It’s not a fun game to play.

To check out the LED bulbs in terms of brightness, I switched out the entryway light from a different CFL (one of the spiral versions) and noticed the brightness difference right away. Even after the CFL warmed up to its full strength, the LED seems brighter now that it’s replaced (I tried to take a picture of the two lights when on for comparison, but I still apparently need to learn a few things about how to get the camera to not adjust to the light in the foreground). Regardless, the bulb itself looks a lot more aesthetically pleasing and puts off a warmer light color. 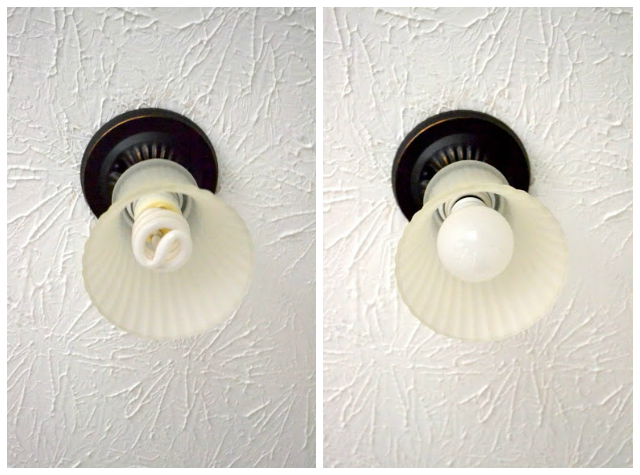 I’m slower to adopt new tech when they require more investment upfront than the thing it’s supposed to be improving upon, and LEDs are known to be more costly than traditional bulbs. But prices have come down lately, and with an 80% reduction in energy use over the life of the bulb and a significantly longer life span, LEDs are actually not the punch to the wallet as I previously thought—especially when considering that it takes about 25 regular bulbs to replace one LED (energy savings is best achieved by replacing the bulbs used for 3 hours per day or more, which is likely the 5 most often used fixtures in the house). It’s hard to think of something as simple as a light bulb as an investment, but Ace Hardware has one more incentive to help out: a Buy Two, Get One Free deal that’s running through this weekend.

Honestly, this was not a bad way to get an item crossed off the to-do list, and I still have a few more bulbs left to find places for in the house. I think I hear a certain dark corner of the attic calling my name…

This post was sponsored by Ace Hardware. All thoughts and opinions are 100% my own.