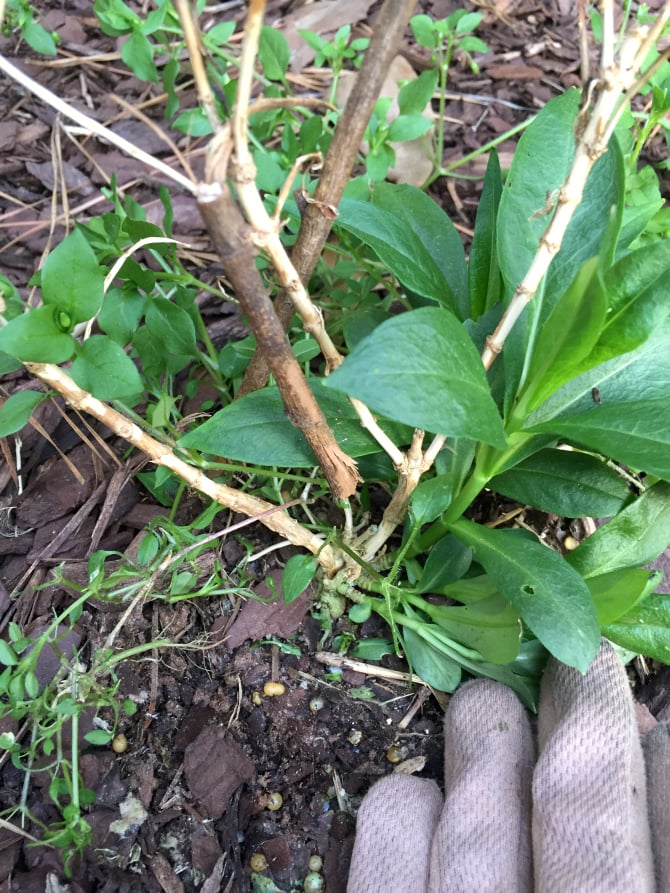 Thanks to all of this amazing warm weather going on in Georgia this week, I have become THAT person… the one who’s been taking pictures of every flower I pass on my runs, walks, and trips to the coffee shop. If you see one of my fellow amateur smartphone photographers out in the open and blocking you on the sidewalk, resist the urge to “accidentally” spill your drink on them or to push them into the pile of flowers they are proudly posting to Instagram. While I can sympathize with that impulse, just remember that they, too, are simply excited about the newness of the evening sun, and they will soon begin to take it for granted once more (and okay, a sneer in their direction is still fine). 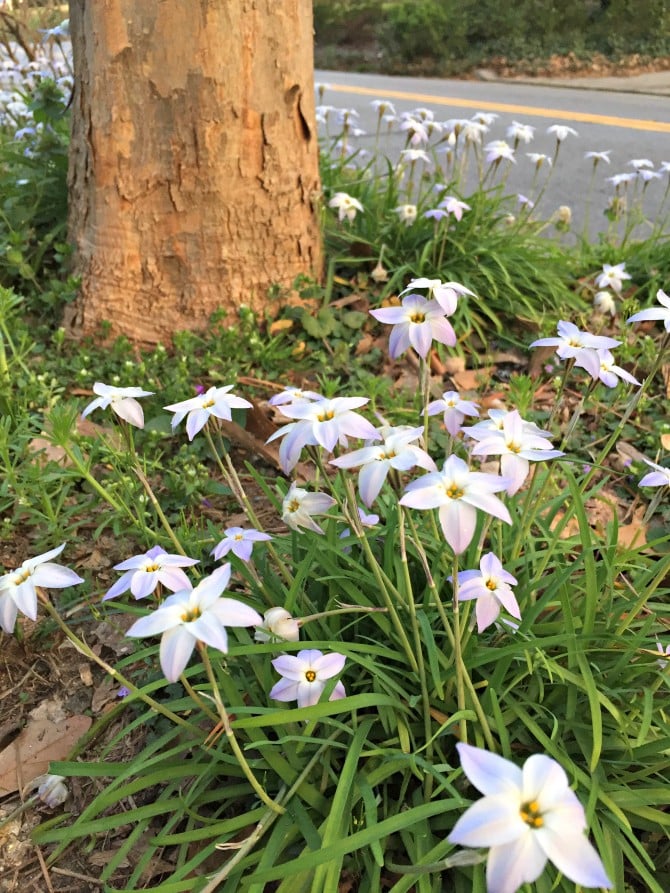 These first few weeks of spring always seem to spur my list-making habits. After realizing how productive 2015 really was, I’m getting so excited about all of my plans for DIYing over the next few months, and I’m toiling away behind the scenes to try to align everything just right for some major changes (especially to the back yard!). I just came inside the house from planting and fertilizing a bunch of new flowers in the garden beds, so a post is coming on that soon, too. But as I was busy planting, a thought occurred to me that I actually garden a bit differently these days than how I used to when I started with this house six years ago (wow, six years?!?). Since I know there are a number of brand-new homeowners reading along, I wanted to share these thoughts with you. It was a lesson that took a few years to learn, so hopefully, you can skip to the front of the class a little faster than I did!

When you’re learning how to garden, don’t forget that plants are freaking zombies. It sounds weird, but that’s an easy way to remember that sometimes, you might need to walk away and come back later… rather than start over completely. 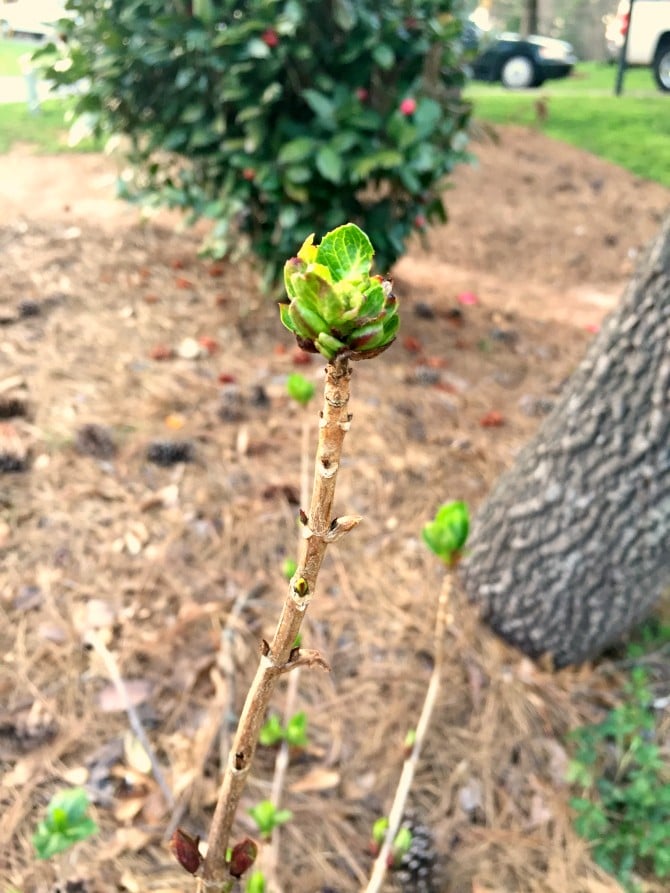 The Biggest Mistake I Made When Learning How to Garden

The biggest mistake I kept making when I first began planting? My lack of patience. No, wait. Doubt. It’s some kind of combination of doubting that you did things right, your garden’s dried and ragged carcasses convincing you that you failed completely, then not having the patience to see if it’s really working.

It was no secret when I began DIYing that I killed a lot of plants. I tried, though. At least, I really wanted to try… hard enough to have a few flowers and fresh herbs to show for it, but not hard enough that I needed to maintain things but a few times per year (I was, after all, renovating a whole house, working, attending school, trying to still have a social life as a single twenty-something, etc.). I would plant something I thought I could (maybe?) grow, get excited, think I was getting somewhere, only to learn that it wasn’t really working out after all. I didn’t understand my house enough yet. I didn’t understand the kind of light it got each season, and I didn’t have the right instincts on what to buy. Basically, before this house, I’d never really planted anything or even bothered to learn much about gardening in general. So, I had to experiment. A lot. Most of what I learned at first was outside, slowly figuring out which plants thrived from neglect, which ones were recommended by garden centers for their “low-maintenance” attributes (but were wrong for my house), and what my own level of effort was with each area (spoiler: it ain’t much). Eventually, I found a few species that I know I can rely on without batting an eye… and some of them, I even really like to have in my garden (vinca, yes… marigolds, no).

But the thing is, plants can look like the dead — and it’s all a trick. Because some really are dead, and some are just about to explode into something awesome. And I had to learn to stop self-sabotage by being patient.

Take this little garden area I added last year to the side of the house, for example. I still have a lot to do in the garden opposite this one (more on that later), but shortly after planting, two out of the three seemed to be doing just fine… while the third drooped, dried up, and looked like it was on its way to landscape heaven.

My old instincts would have told me to rip it out as soon as it dried up, then try again later. The plant was only a dollar thanks to knowing when to shop for perennials, and I was confident the other two were thriving just fine, so even at full price to replace the third, it would be an inexpensive upgrade. But over the winter, things were looking a lot more bleak. I didn’t really do much to the area except the initial newspaper and mulch for weed control, and the first few warm weekends this spring still looked ragged. The flowers themselves had all dried out into sickly, brittle sticks. Perhaps, more than likely, they all died and the weeds are all that was left. 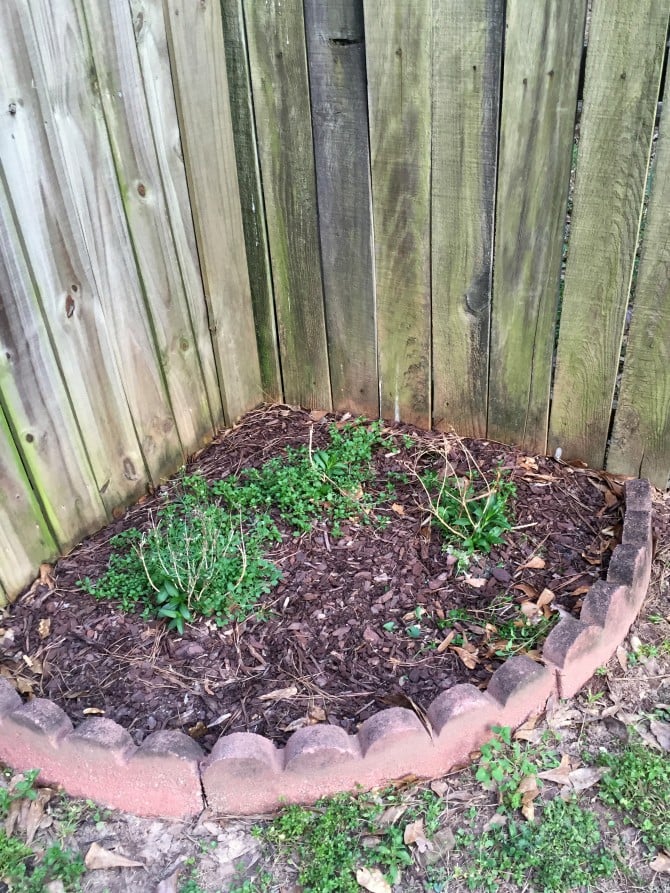 Again, my old instincts (or lack of them) said to yank the weeds out of the ground to create a blank slate for new plants. Maybe the ones I planted were all wrong for this spot after all? But I started with the outermost weeds and worked my way to the center of each plant. As expected, the dried and spindly parts of each (now certainly dead) flower stem broke apart just from being brushed aside. But then… it was the ZOMBIE effect in action! 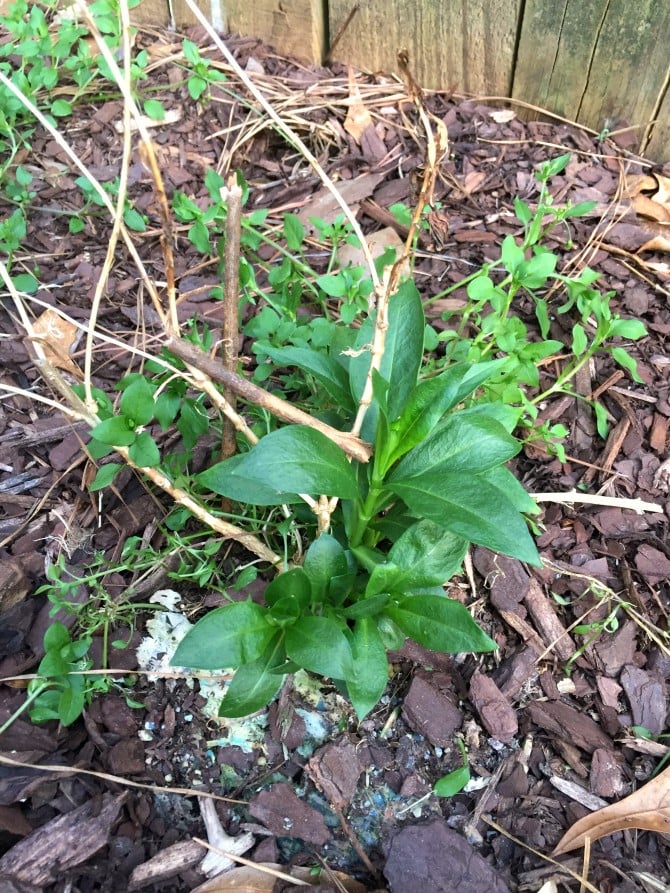 Upon closer inspection, it looks like this is one of the many plants in my yard that look nearly-dead or all-dead in the winter. I first learned about this with my hydrangeas when a guy I hired to clean it up thought they were dead and cut them down to the root (when I asked him why he cut down my hydrangea, he insisted it was dead… given that he was the expert and I wasn’t, I believed him… NOPE!). Thankfully, the plant grew back, and I learned to wait a little longer before ripping “dead” plants out of the ground. Once I peeled away some of the weeds, I could see that the root of the old “dead” flower was exactly where one of these new plants popped up. 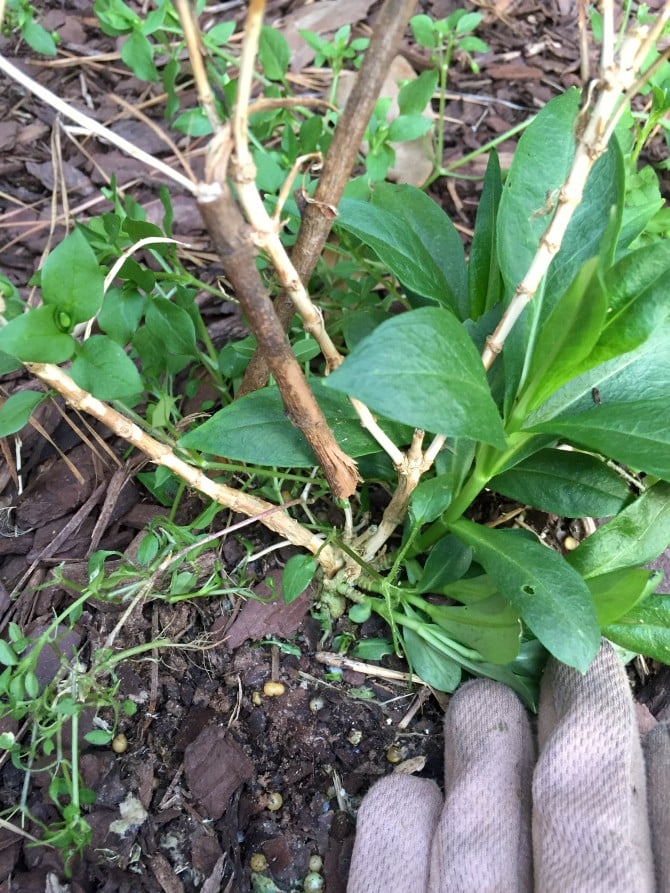 And once all the weeds were gone (and I’d snapped off the dead parts), it was a healthy, vibrant plant. 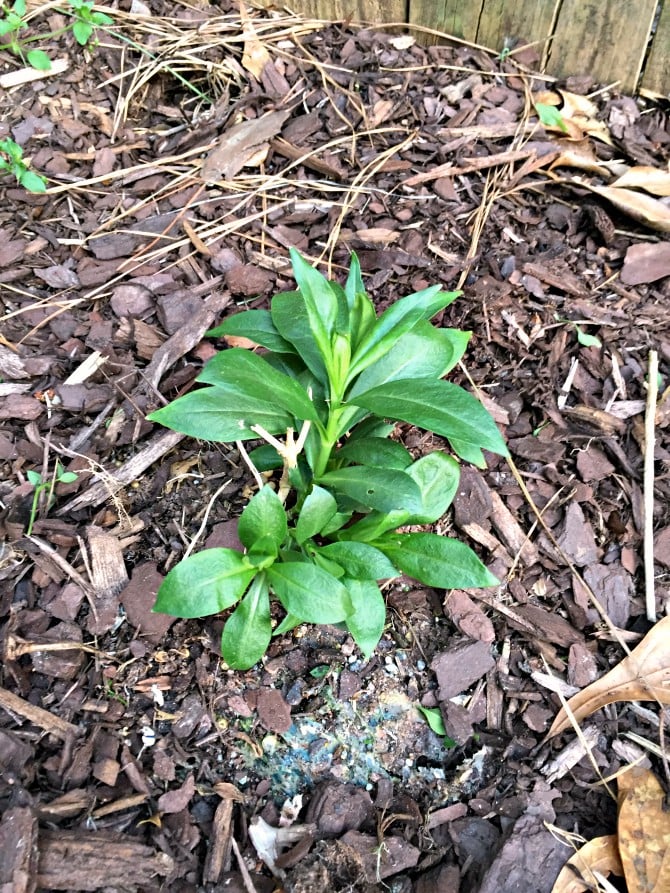 It needs some new mulch, but any day where I go from some expense to $0 is a good day! 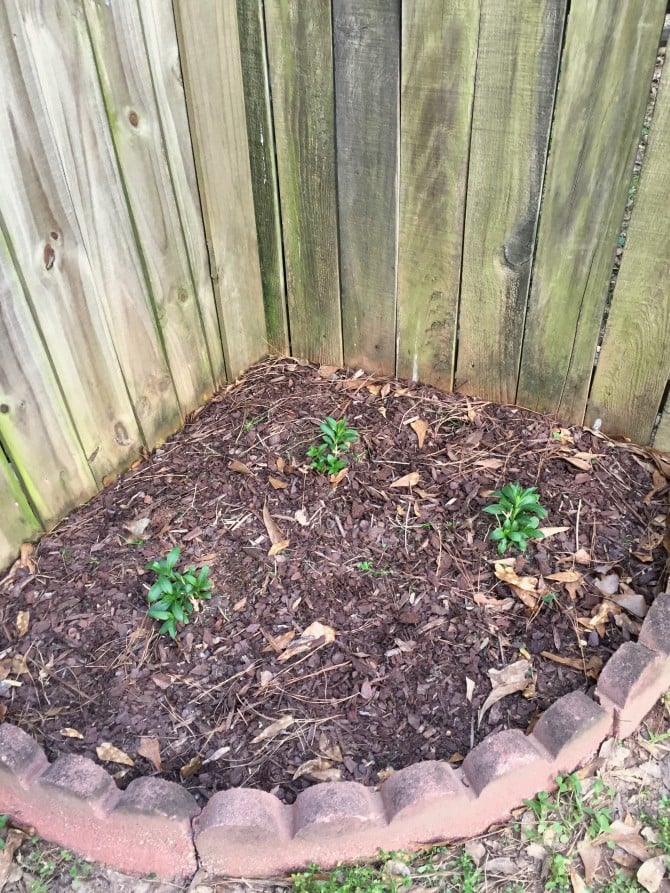 I guess that when you don’t have a lot of natural instincts of your own to rely on, you have to go at your own pace to learn the things that others seem to just “get” without much effort. But after a little trial and error, I realized that if things look scraggly, it’s okay; as long as I set up the beds properly, fertilized them, etc., the next best thing I could do was to back off and give them time to establish themselves. Eventually, you take all of those lessons on how not to do something and actually figure out what works. And then you have a yard full of hydrangeas to show for it. ;) 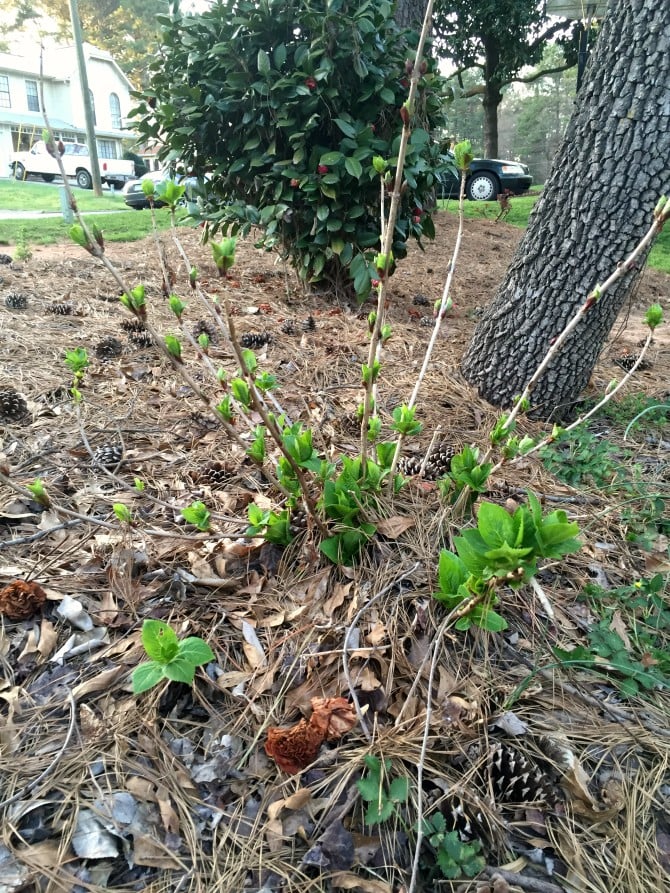 What was the biggest mistake you’ve made while learning how to maintain your gardens? 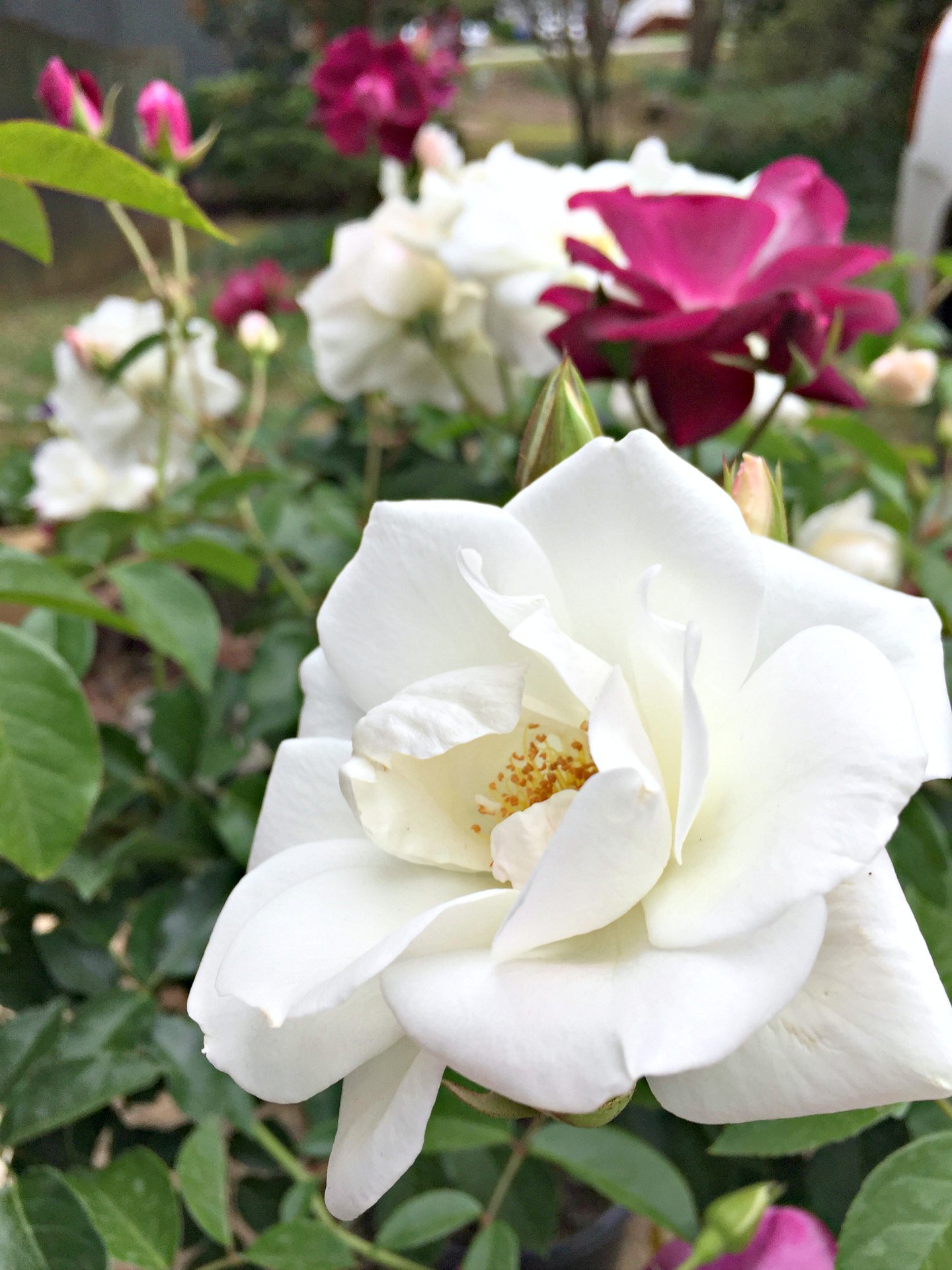 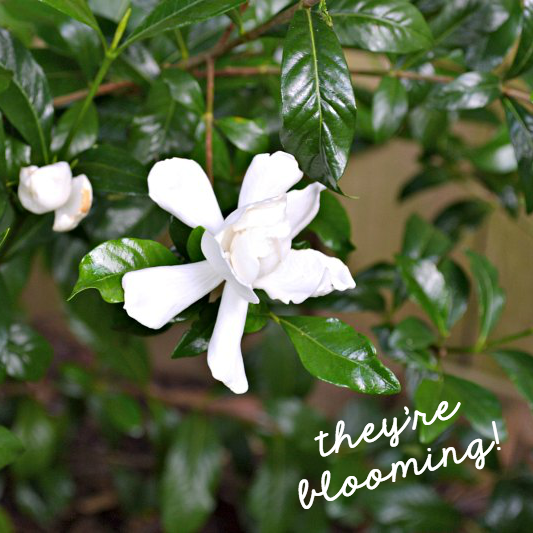 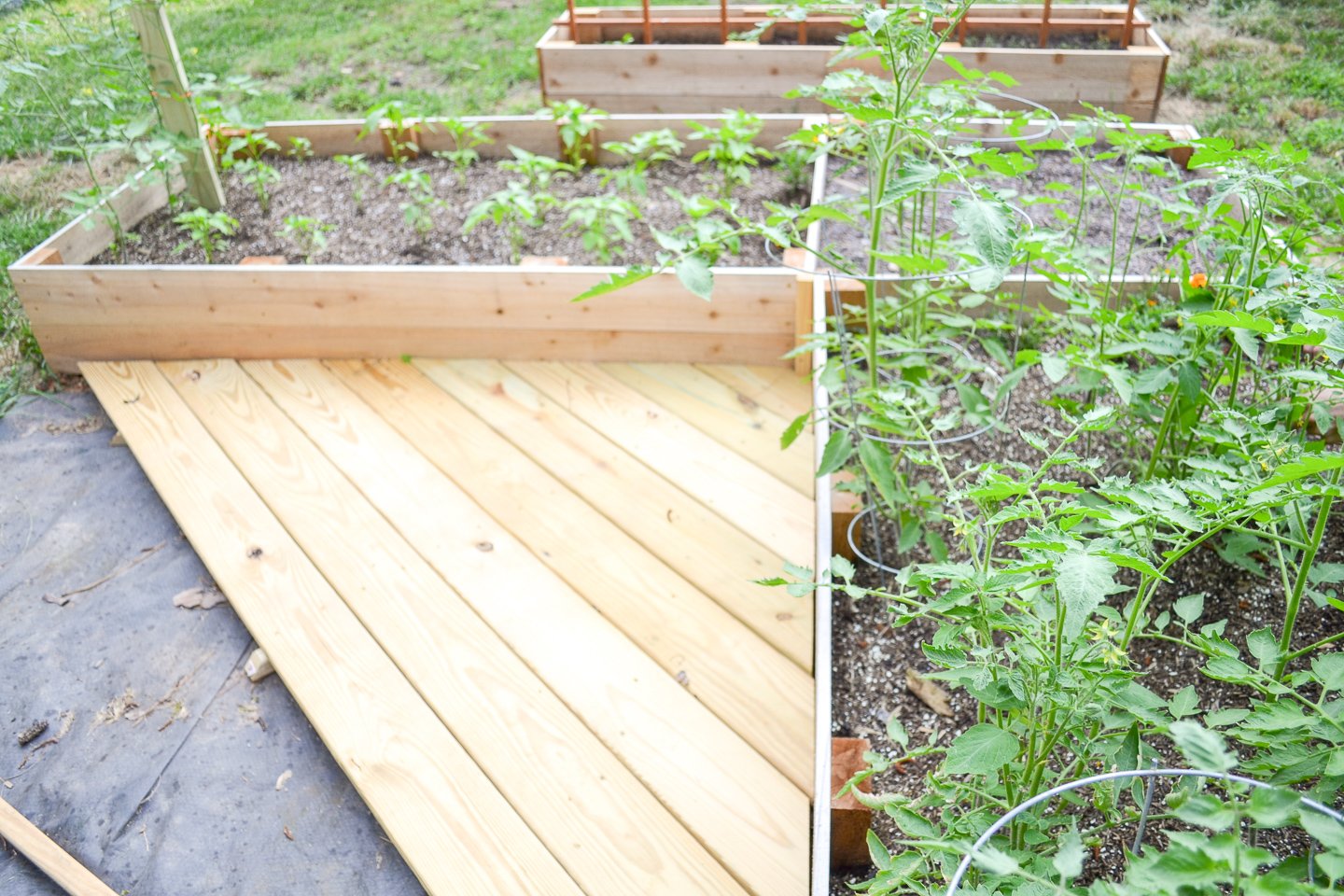 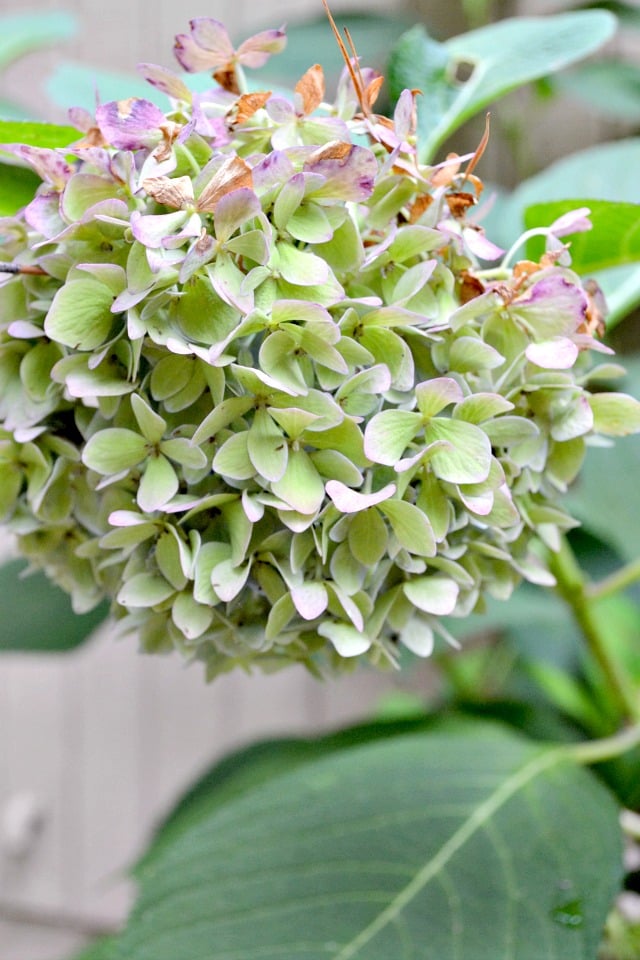