I’m actually very excited to be sharing this post with you today. I finally have my kitchen window finished, and it’s all decked out for the holidays! Below, I’ve also got tons of details on how I created this faux Roman shade, no sewing skills required! 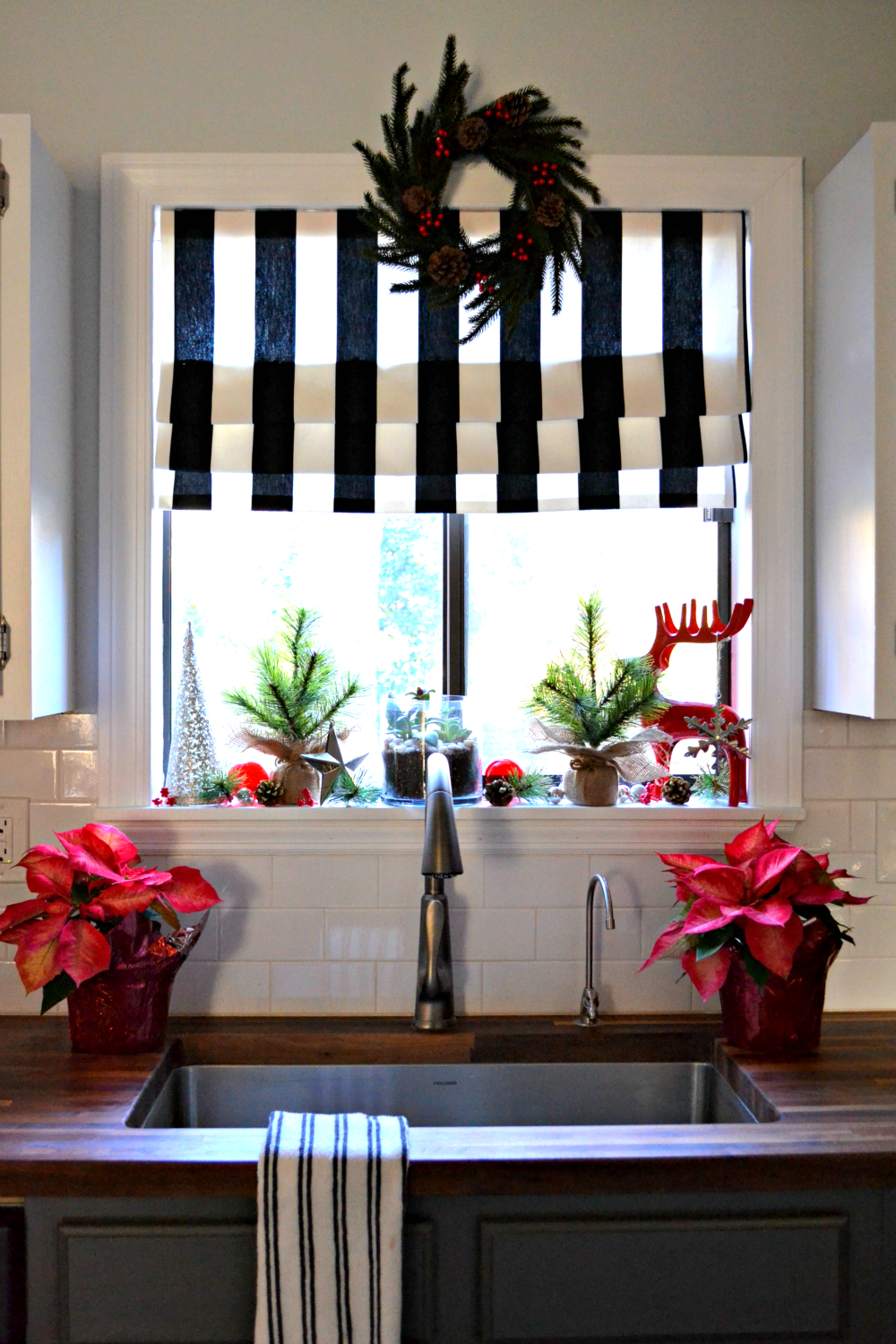 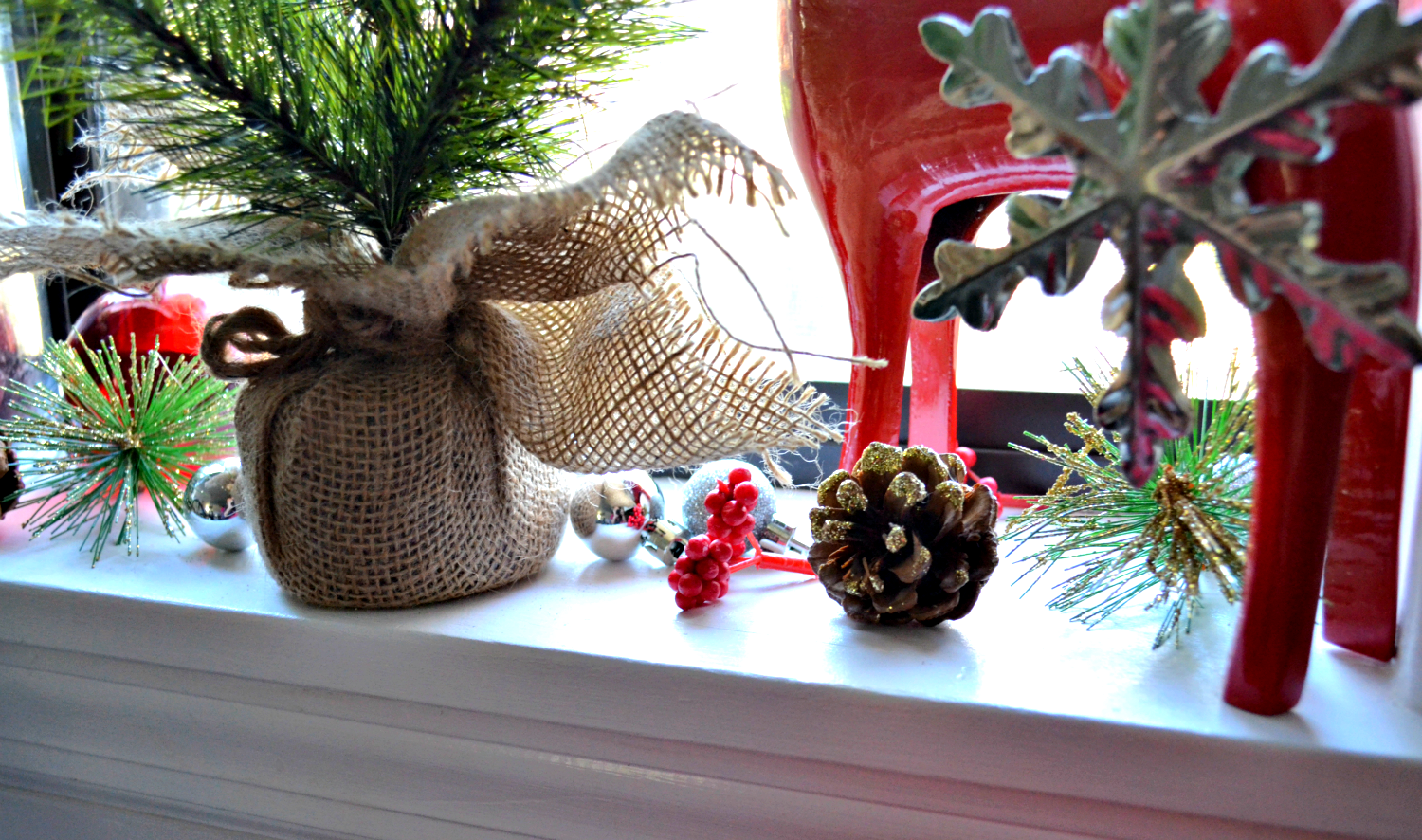 This year, I teamed up with 17 other bloggers to share some holiday vignette ideas as part of the Deck the Halls DIY-Style Tour, hosted by Jen from The House of Wood. There are lots of great mantel projects going on that you should check out, but since my living room mantel is about 80% television these days, I thought I’d do something a little different and look to another spot in the house that I’ve always wanted to decorate for Christmas. 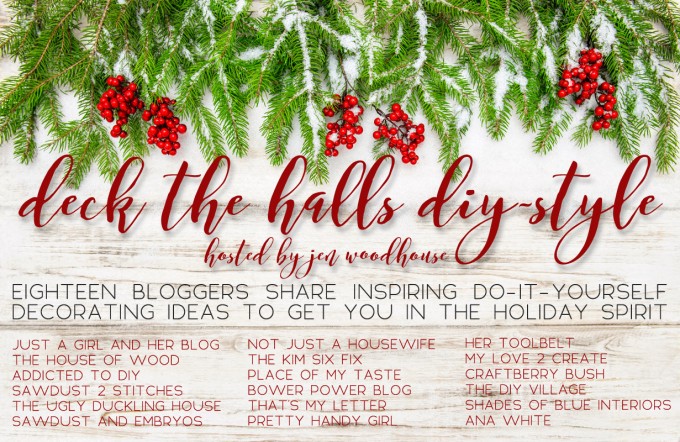 This faux Roman shade has been a long time coming. Now that it’s done, I realize that unlike most projects, I was putting this one off for good reason. To be honest, I kind of struggled putting it together! But now that I have a chance to rest my back, I can happily say it was worth it, though hopefully some of this info will help save you some time if you attempt the same project. ;) 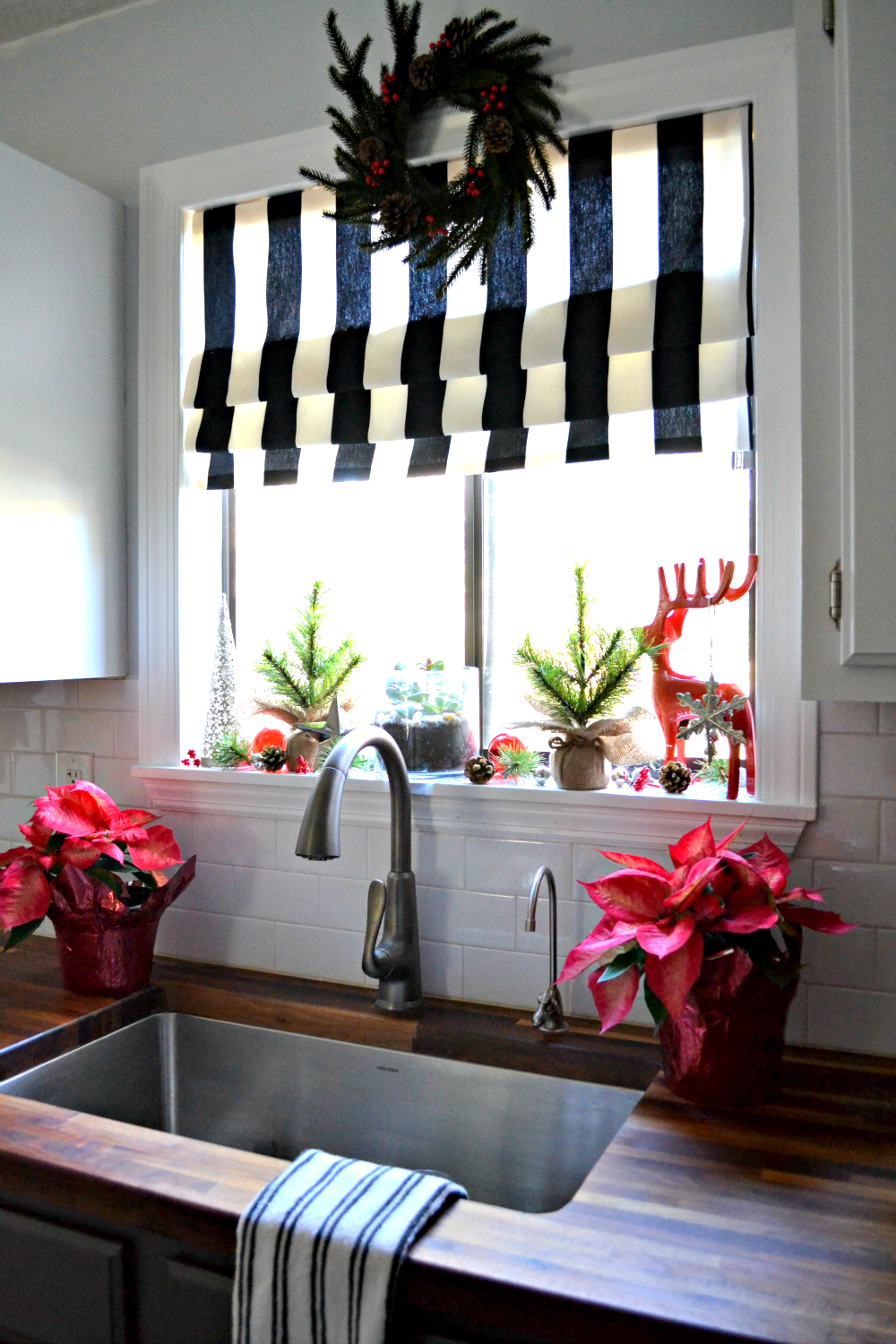 First, I started by looking at a couple of tutorials on how to make an actual Roman shade, but my lazier side won when I saw that some had just tacked the window fabric together to look like a proper shade instead of making it functional. Since I don’t plan on using the shade itself, that seemed easier, but I underestimated my lack of patience with learning how to pin folds just so. Honestly, I think it would have gone much easier if I hadn’t been working with this particular fabric, but I went with it because it was inexpensive and I had been on kind of a long search to find it.

1. Only one yard needed!

Surprisingly, black and white stripes of this width were hard to find; I had been casually looking whenever I went to a store that had fabric, but kept coming up empty-handed. I finally found some $7.99 per yard at Ikea and wound up using just one yard to put it together. 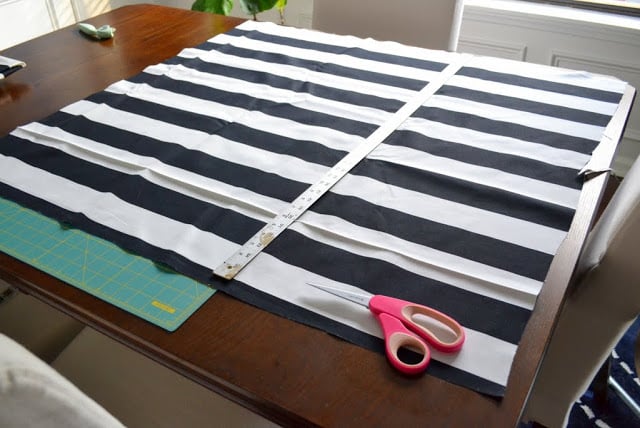 The main challenge was that the fabric was heavyweight upholstery, so I wasn’t used to working with it much. The wrinkles were hard to get out, and I found myself struggling to find the right balance between ironing it thoroughly and avoiding the consequences of pressing too long… 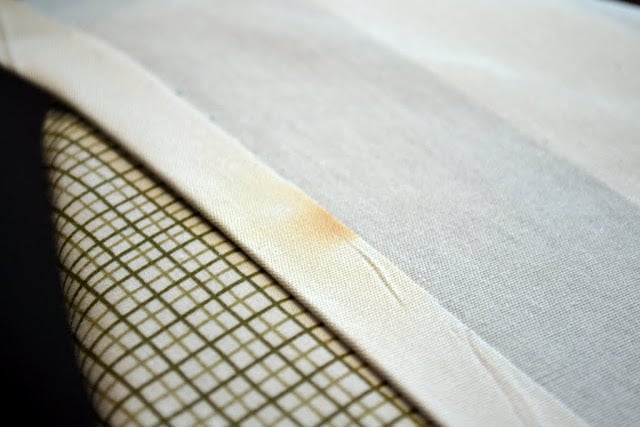 I swear, someday I’ll have this adulting thing figured out.

Anyway, I used some Heat n’ Bond to make the curtain no-sew. Starting with the edge that was pre-cut (so I was working from a straight line), I simply measured 3/4″ extra on the sides and bottom so that it was wider than my window (because the Heat n’ Bond was 3/4″ wide, so I’d need that much extra when folding over the sides). 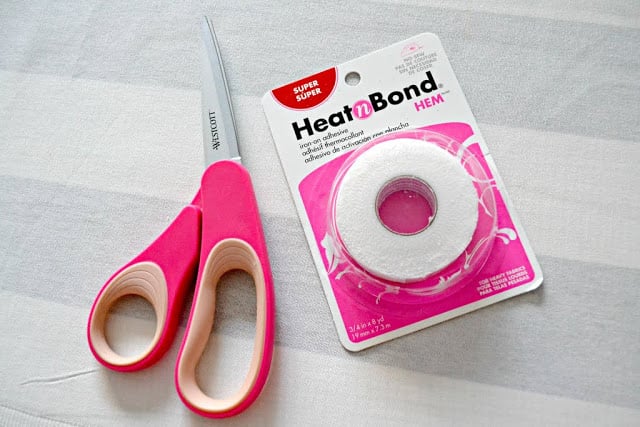 It’s actually pretty easy to use; you just fold the fabric over and press with a hot iron to get your crease, then tuck the Heat n’ Bond into the fold and press again. The strip melts the two sides together, and boom: you’ve got your clean edge. I could have folded it over a second time to get a more perfect-looking hem on the back, but I didn’t for three reasons:

Once I had the fabric done on the three sides that would be exposed, I wrapped the top around a scrap piece of 1×2 furring strip that I had in my garage, and then went about trying to get it attached inside of the window frame. Since this proved to be kind of difficult keeping it perfectly straight while trying to simultaneously drill the ends into the frame with the other hand, I worked out a small solution to be my extra hands. 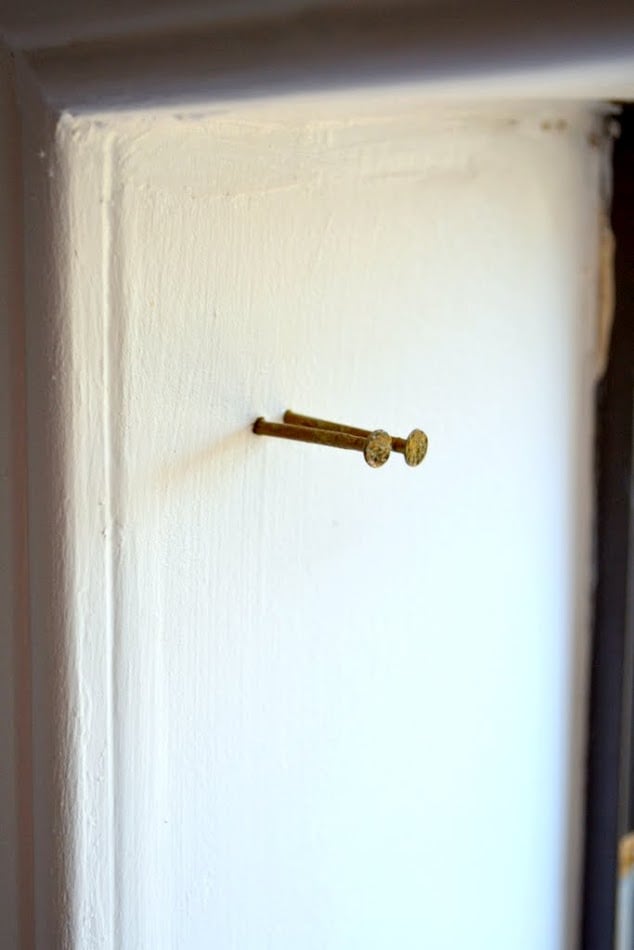 By tacking up a couple of extra nails on the sides of the window, I could rest the wood in place (resting on top of the nails) and concentrate on drilling several 2″-long screws vertically through the furring strip and into the window frame (I recommend pre-drilling as well to keep the furring strip from splitting, but with inexpensive scrap wood like this, there’s a chance that will happen anyway). 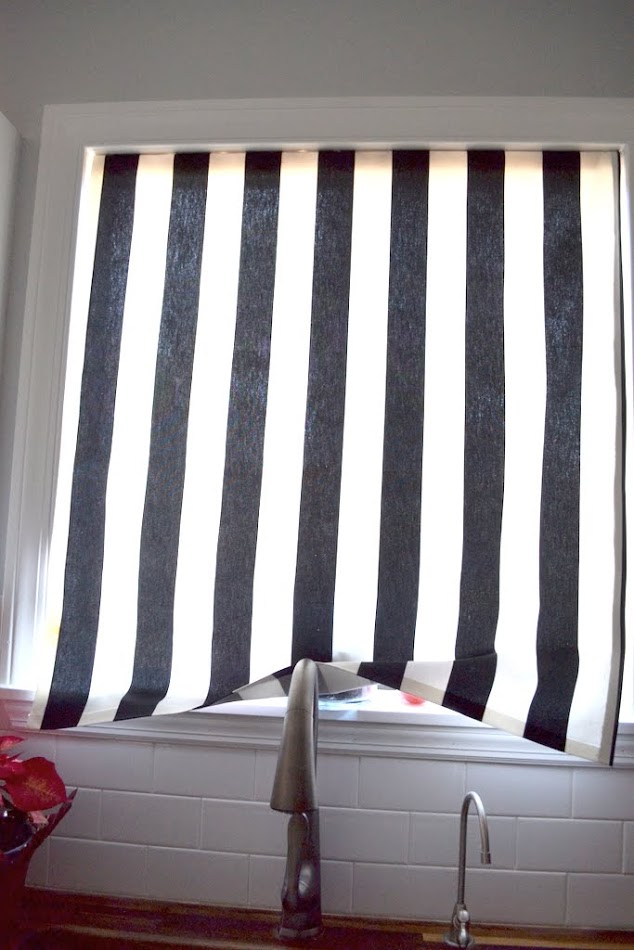 Once attached, I began the process of gathering the fabric and pinning in various places to create my loops and folds to create the Roman shade look (the pins are visible up close, but you can’t really see them if you aren’t looking for it). This part took longer than I thought, and I realized that I might have had better luck creating the folds first and then hanging it, but I originally decided against it because I worried that the pins would come loose as I wrestled with getting it into place (plus, working with stripes can make it really obvious if something’s not hanging just right, and I didn’t want to have to take it down a second time if it was wrong). I suppose either method can work, so just do what makes sense to you. My decision was kind of also made for me since I couldn’t find my pins until after hanging it up; because of course that’s how losing things work! 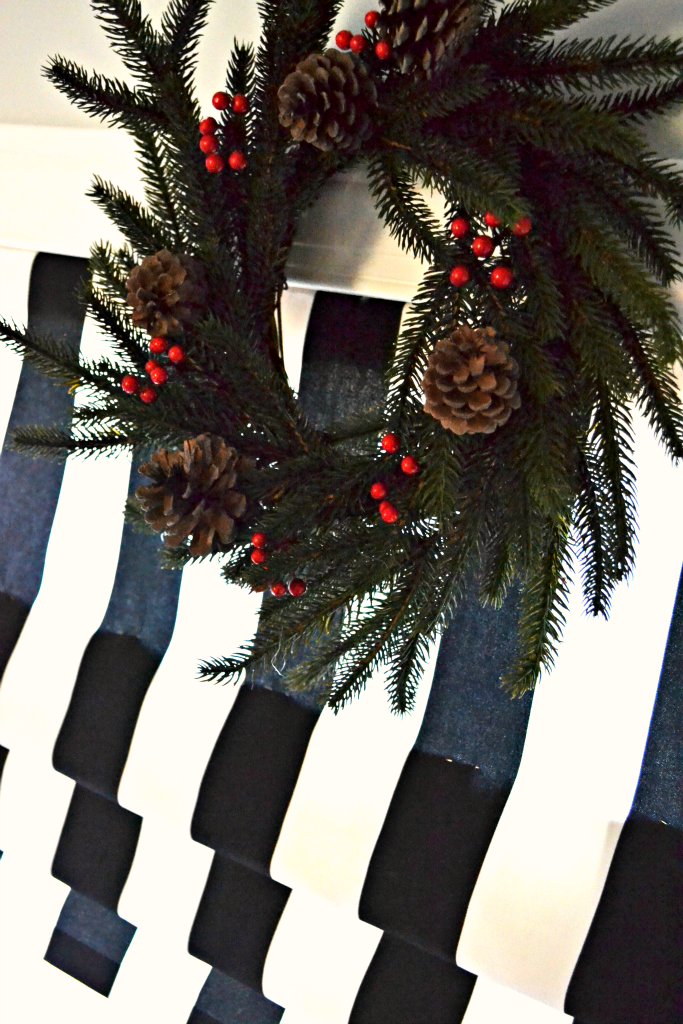 Decorating the Kitchen for Christmas in Classic Red and Gold

After the shade was up, the rest of the window came together quickly. I had most of the stuff on hand already (source list below), and sprinkled in one or two new items, like the petite berry wreath (which I hung with a clear command hook for easy removal later) and the shiny red reindeer on the right. My kitchen, unfortunately, doesn’t get a lot of light from the rest of the room (the windows are pretty much all on one side), so I really wish the photos had turned out a little better. (Maybe Santa will bring me a lighting kit for Christmas?) 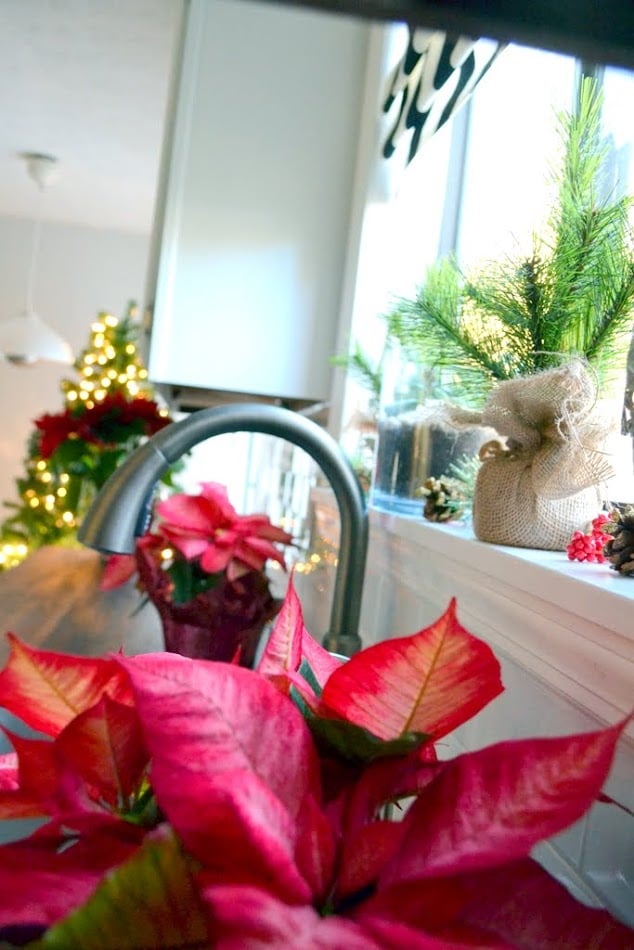 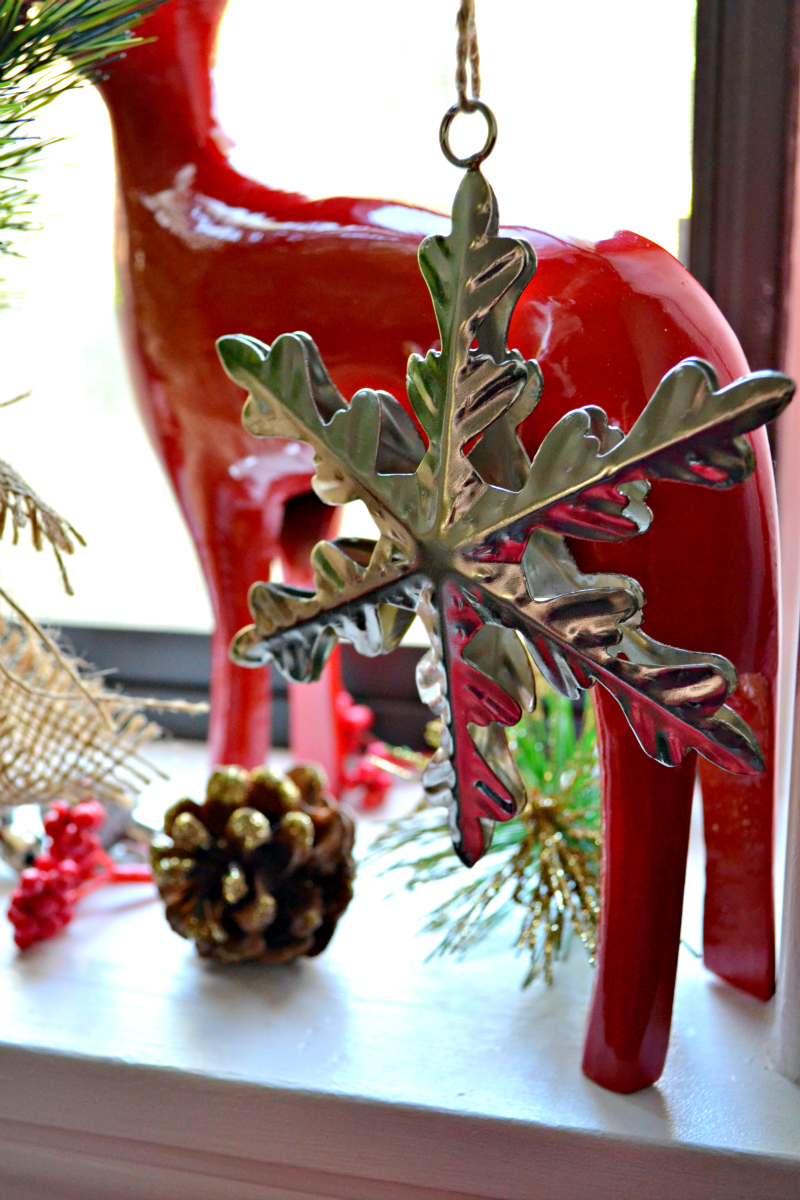 Whenever I need something a little extra for filling in blank spaces, I like to use items from the dollar store. Originally, the glittery pine cones and such were part of a fake poinsettia stem, which I took apart for other decor in the house. 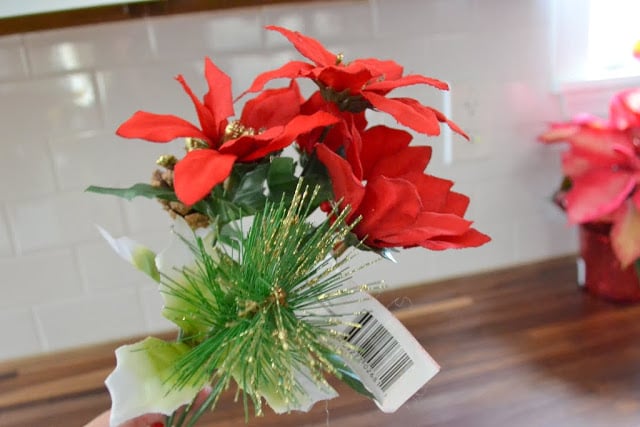 Usually, it’s pretty easy to disassemble; just find the base of the piece that you want and yank. If something is hot glued onto a stem, wire cutters will do the trick. 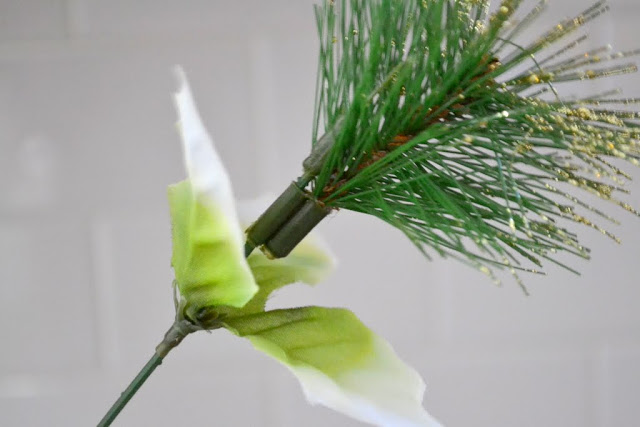 There you have it! I am really happy with the result, and the striped shade will be around permanently… or until I decide to try another round and improve on the look. Since this was my first time creating it, there are things I would do better if I did it over again, but I’m satisfied enough for now to just move on. There’s lots more decorating to do yet! 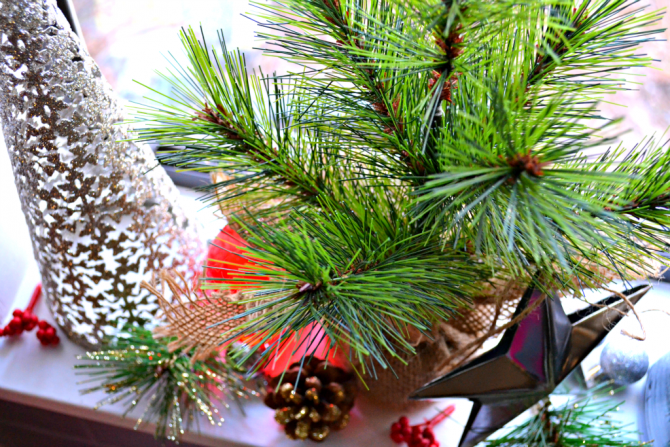 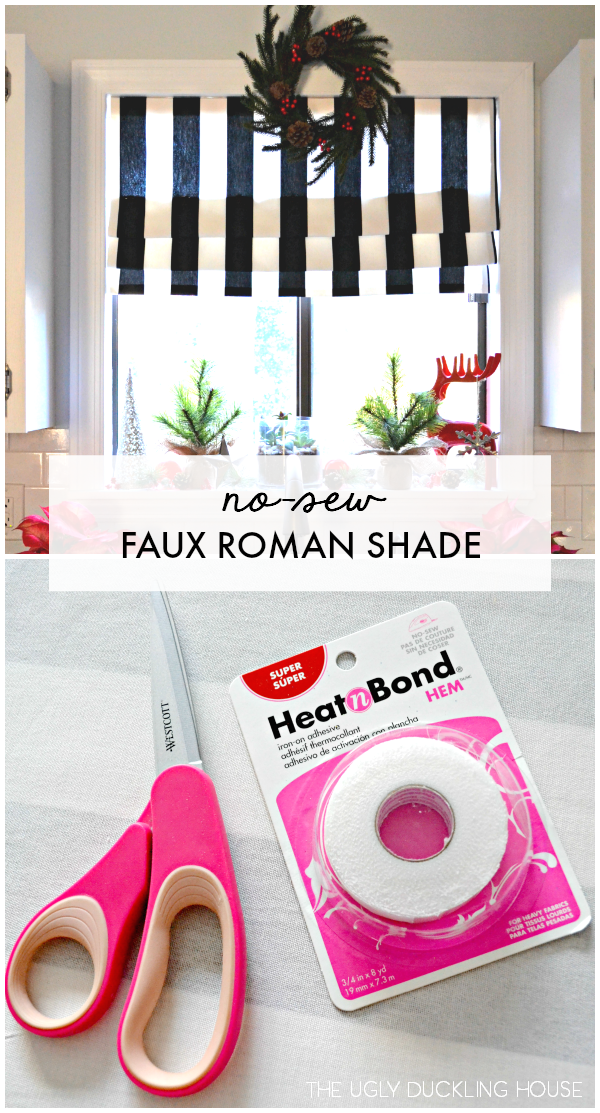 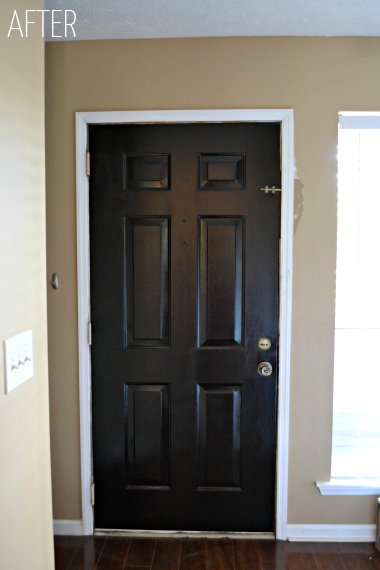 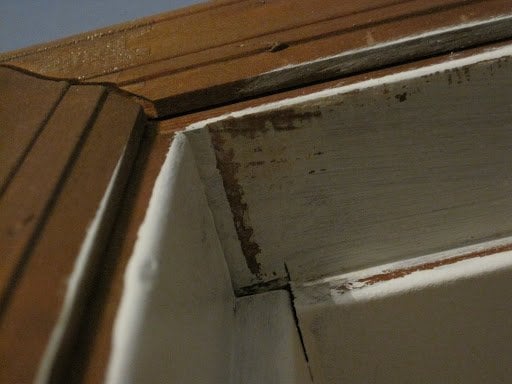 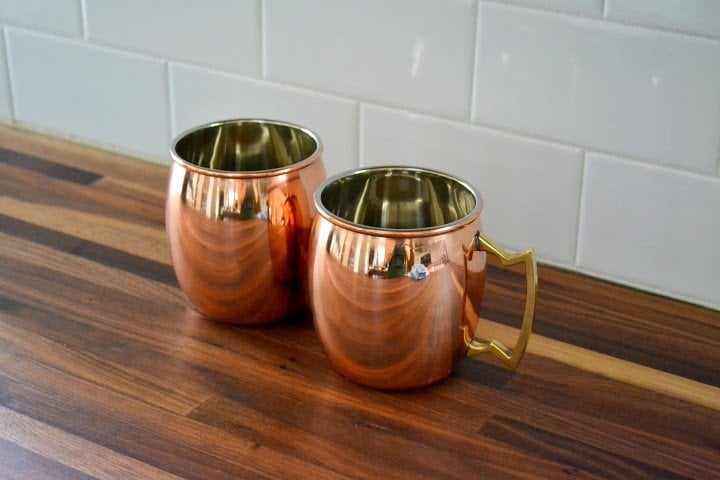