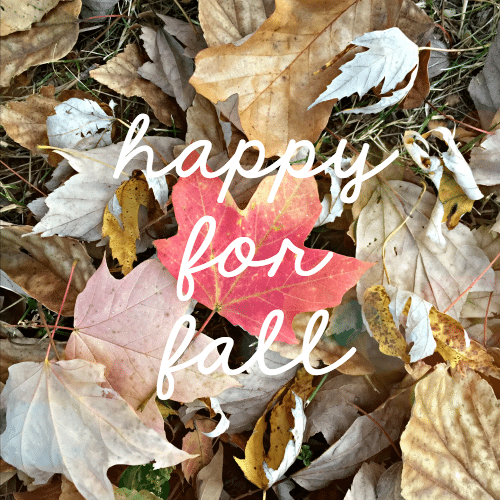 My thought on this first day of fall: I miss summer. 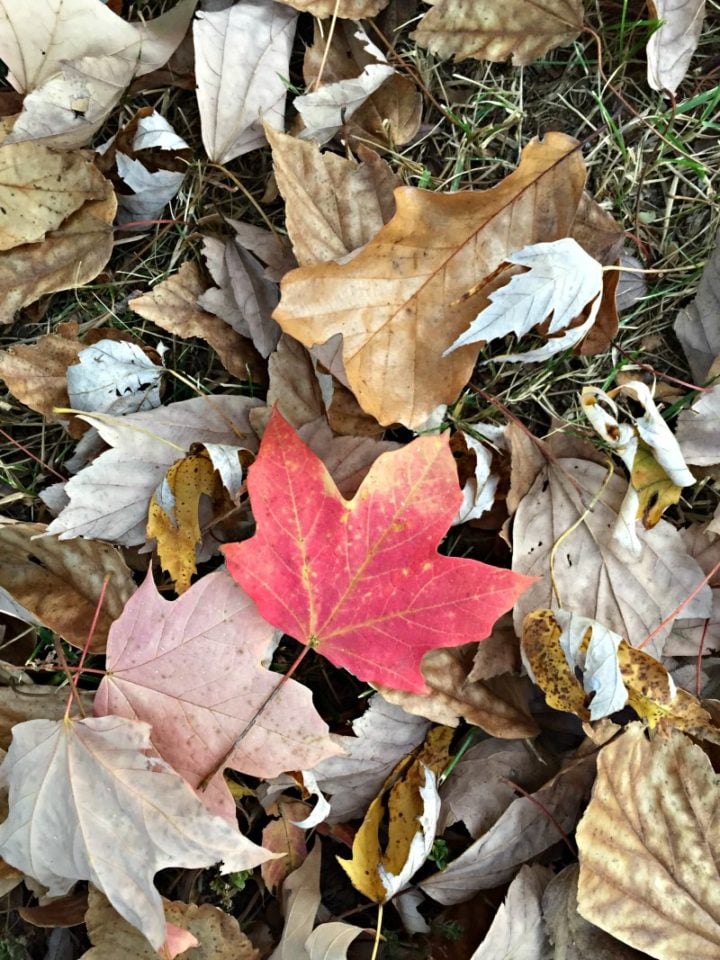 Or, perhaps more accurately: I missed summer. Today is the first official day of fall, and I guess I feel a little strange about it. In the midst of all my hurried planning for the things I’m trying to finish and the projects I’m hoping to work on soon (and more specifically, finding sponsors for those bigger budgets), I missed out on what I normally associate with summer for the first time. I missed a lot of pool days, sunny barbecues, and basically anything having to do with fun in a bathing suit (not that I run around barbecues in a bathing suit — I stopped doing that around age 7, I think — but you get what I mean). Considering how much I enjoy the beach, that’s actually an interesting reflection for me; I managed to go to the beach even when I was overwhelmed in grad school or heartbroken or anything else that was causing me stress. Not this year, though.

Still, I can’t honestly say I regret it — it just wasn’t a priority these last few months. My head is swimming with new plans and on how to make them all happen (I am itching to start building up the new pub shed asap), and I feel a sense of resolve about it. Rather than lament that I missed out though, my focus is more on what the next few years might bring, and makes me excited rather than disappointed in that decision. 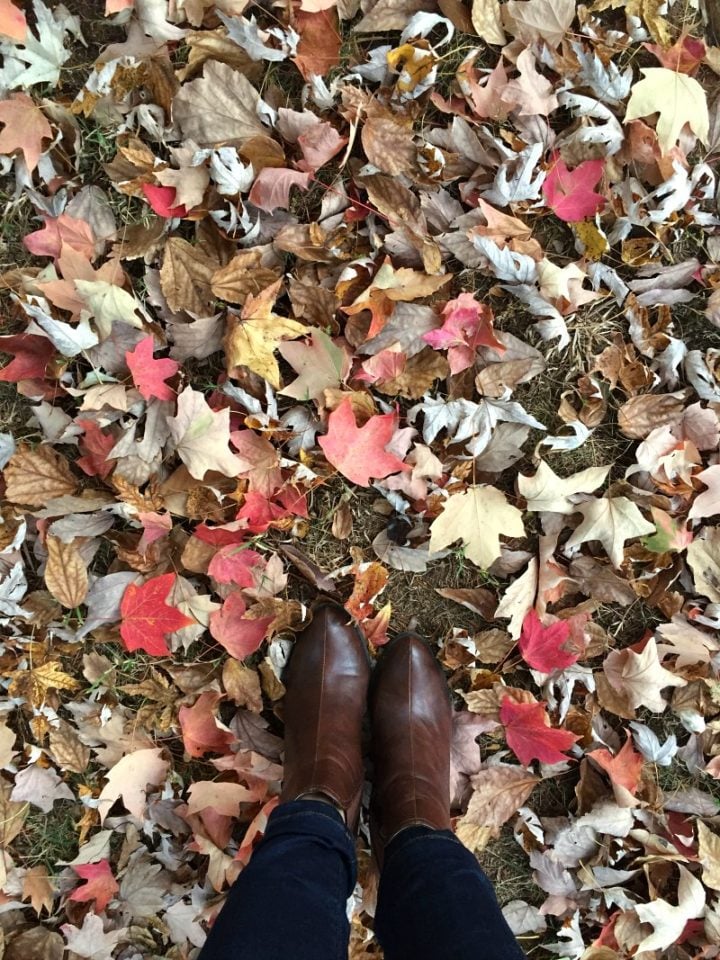 Autumn is also a season I usually miss out on because summer lasts for so long in the south. My typical style is to keep rushing around as if nothing has changed in September (other than football), while everyone else around me acts like pumpkins are suddenly cool rather than that weird squash we pretend doesn’t exist the rest of the year. For me, things are still hot, the days are still long, and there is plenty of opportunity for projects before winter. And then, suddenly: the daylight disappears and its Thanksgiving and Christmas and I feel like something was snatched away before I was ready. And again… I don’t really feel that way this year.

Speaking of excited: I finished filling in the gravel area of the new fire pit. I am so glad I found a cheap source for gravel and was able to complete it in time for the first bonfire with friends of the year (I’m having a few friends over this weekend and then hopefully a much bigger party soon… I LOVE that I’m getting to that point with this house!).

It took another full truckload to get everything filled in, but that’s also because I moved some of the gravel from the first load over to the corner garden area to make it all match. Once it was complete, though, I did something else I’ve always thought I’d like to do in the yard: added some string lights around the remaining tree in the center (they’re coming off really yellow in this photo because I shot while the sun was doing down, but in person they seem more of a warm white): 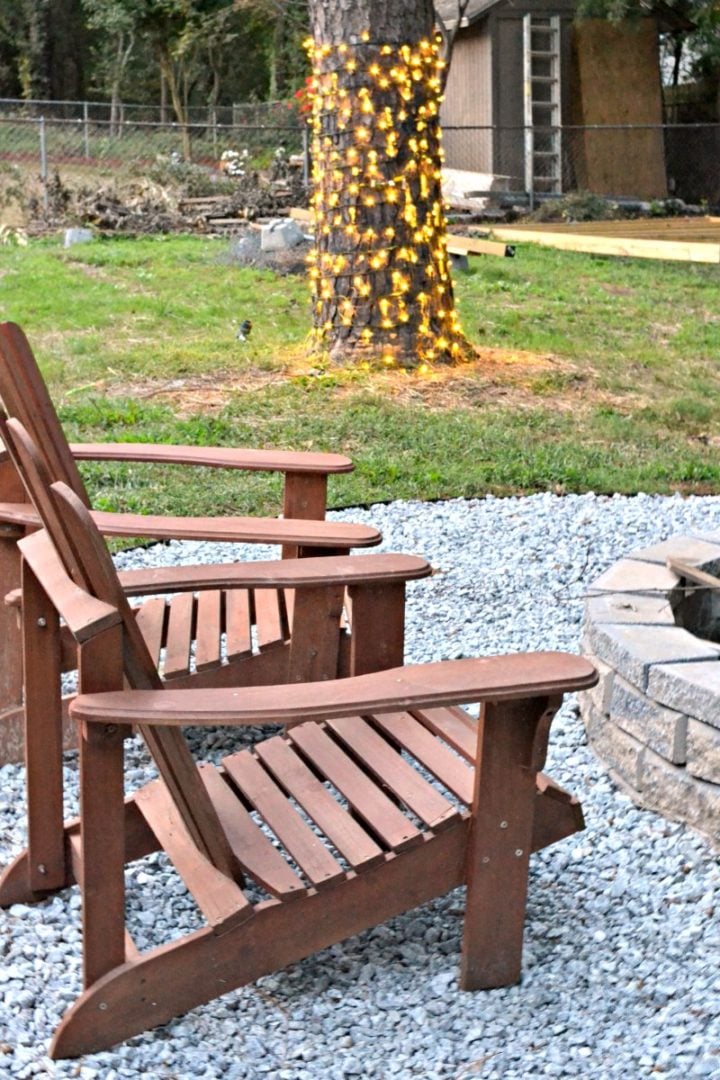 (If you can, ignore the brush pile and fencing materials in the back… those are things from removing the chain link fence along the back and the debris from Irma, which will be part of this weekend’s bonfire.)

Eventually, the plan is to string outdoor cafe lights from the house to the tree and to the new pub shed to make it all one flowing entertaining area while still having separate “zones”, sort of like how Brooklyn Limestone strung lights above this fire pit (only the lights will likely be tied to other landmarks in the yard rather than strung up separately): 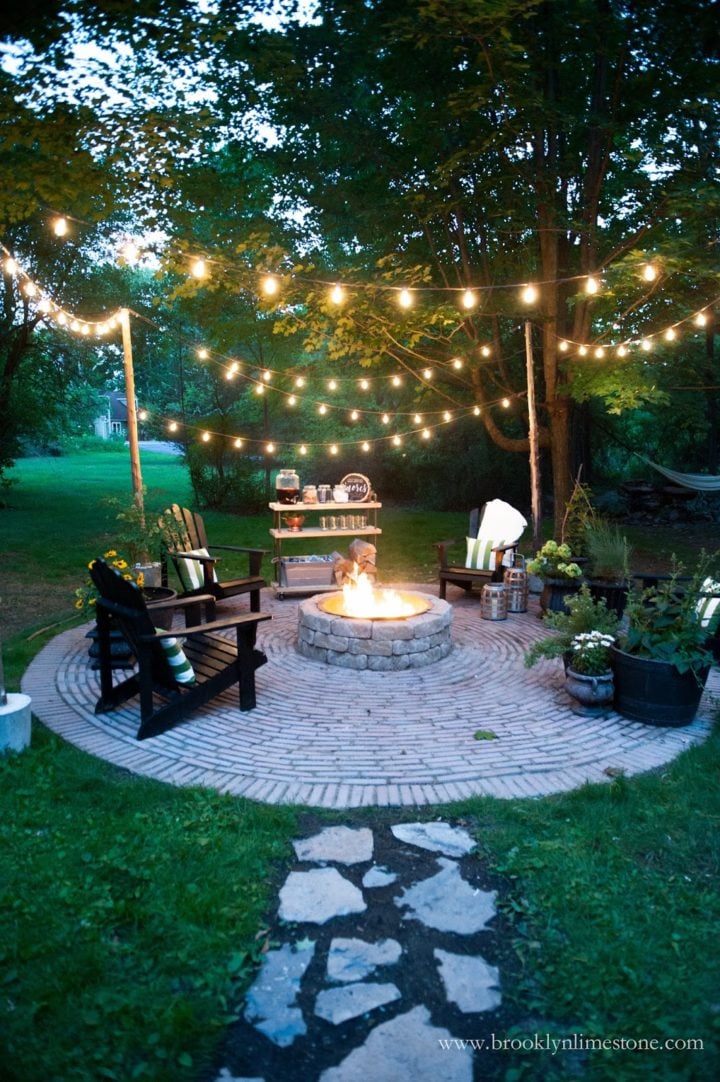 So, all that to say: while I’m not entirely there yet, it did feel a little nice to put up these lights (temporarily — they need to be re-wrapped and secured and another set needs to be added to go up the tree further) and drink it in that fall is going to be full of new memories. I may have missed out on the quintessential summer, but this might also be the first time I’ve ever been fully decorated for fall on the first day rather than playing catch up or never even getting around to it (who is this prepared person???). I even have (*gasp*) a fall tour planned for next week. 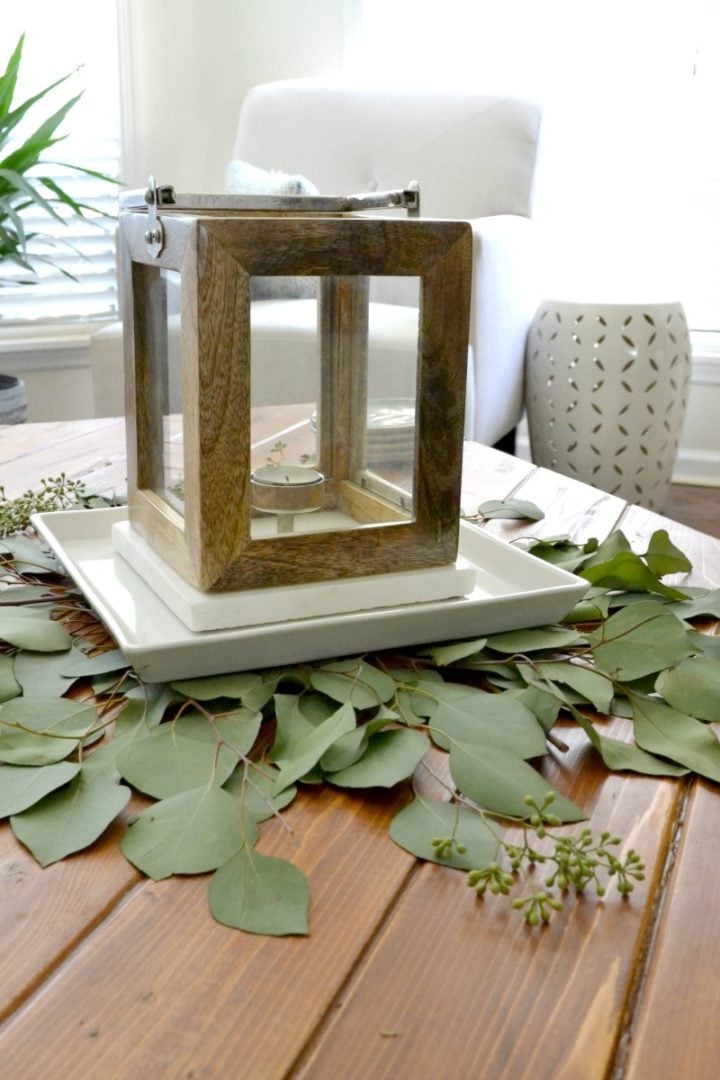 That’s the only sneak peek I can share for now, but I hope you enjoy this coming season as much as I’m hoping to. What have you been working on lately? 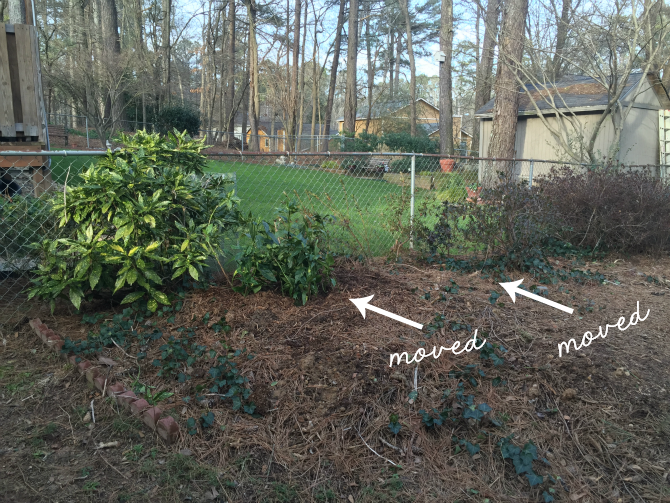 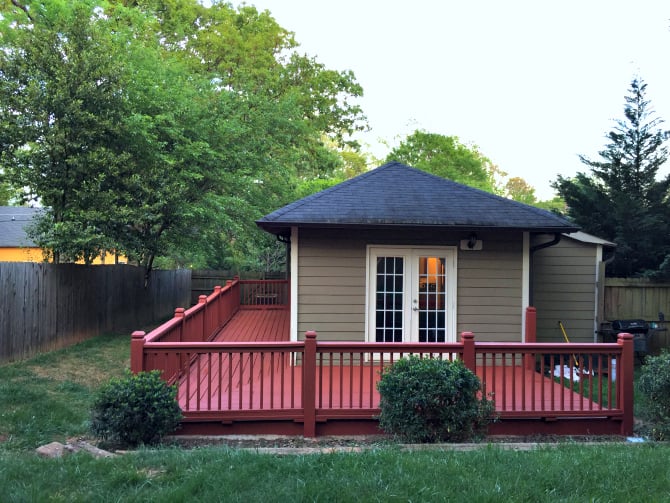 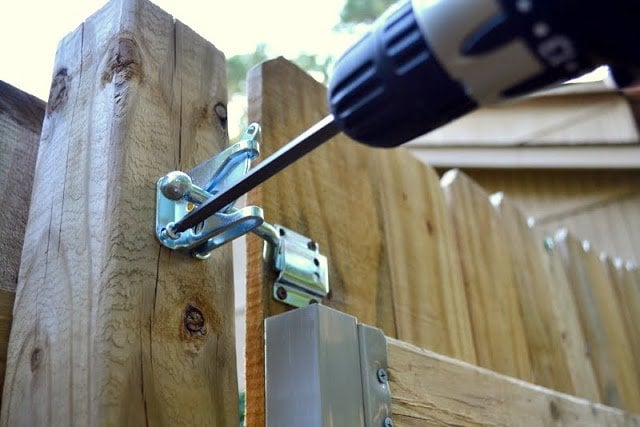