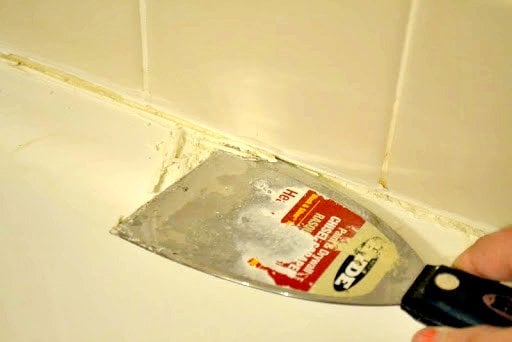 3089 shares
Over the weekend, I wanted to re-caulk the tub and shower corners in the guest bath. I’d been avoiding this step for weeks because it is a giant pain in the ass. For starters, all of the old caulk has to be removed before new caulk can go in.All of it? Yes, ALL. of. it. Even that tiny frickin’ piece right there that refuses to budge. I bought a nifty tool that was supposed to scrape everything away lightening fast. News flash:  nuh-uh. Pants on fire. 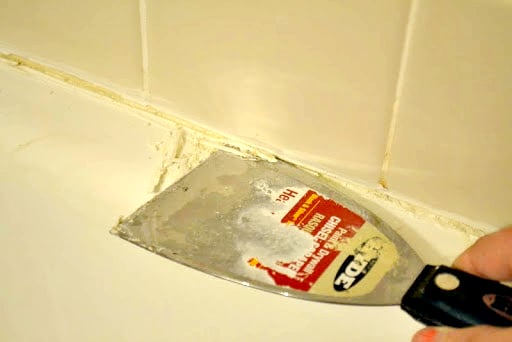 So, I went back to ol’ faithful:  my 4″ putty knife. Now that baby worked like magic.

Then, it was taping time. But since this post is short and sweet, I’ll share with you how I take care of corners. I use a blade to square off the tape line. I take one piece (the piece that comes off first, with a jagged end and finishes with the squared end) and place it in a corner exactly as I want it to stick. 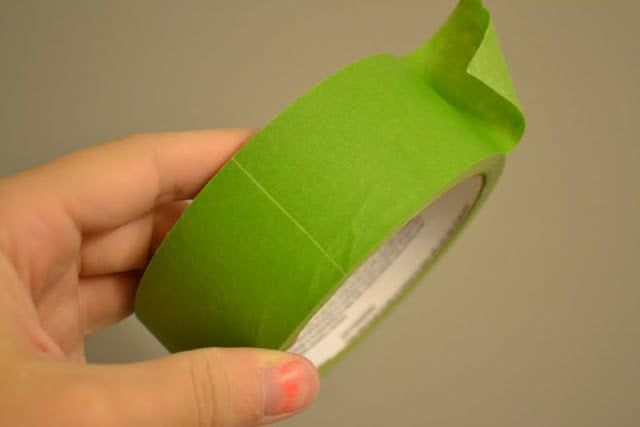 Then I take the other (the part that begins with the squared end and just tear off the other end) and lay it on top of the first piece in the opposite direction so I have an L-shape exactly where it’s needed. (Update:  a few people have made strangely passionate comments about whether to tape or not to tape the shower before caulking. The simplest explanation is that silicone caulk is stickier/gooier than normal caulk that you use for the rest of the house. I am a perfectionist and silicone caulk can’t be painted, so I’d rather take an extra step here to give myself a clean line. I tried it the other way with no tape, and I was less pleased when there was no crisp line at the tub thanks in part to this being an old house with imperfections to work around. But I agree that if the caulk is very similar in color to the tile (like in the shower corners, for which I later used almond-colored caulk), it is overkill. In your own home, it may come down to preference/perfectionist levels here. You guys crack me up!)

I went ahead and used white silicone caulk and nearly finished the project, but ran into a snag that I’ll share later after taking a few more pictures. But I’m inching closer to a finished bath, and have several other updates ready (like that shadow in the above pic – it’s my new shower curtain, hung and bundled so I can see how it looks in the space without getting it gunky). So close! 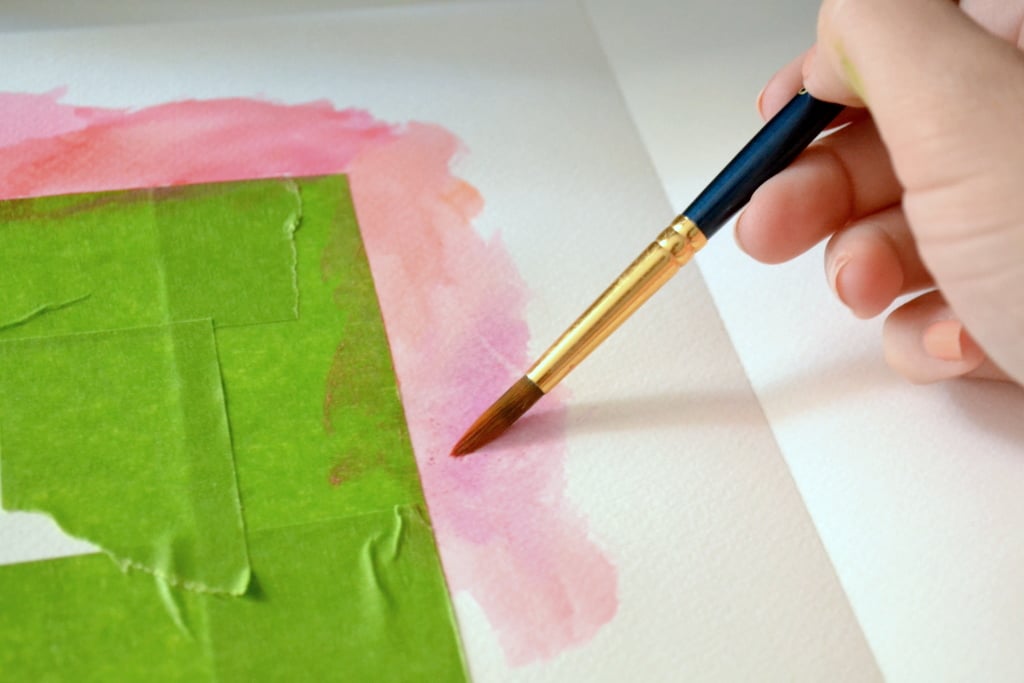