When I first moved in, the exterior was in decent shape in that it wasn’t falling down… but just barely.  The previous owner put a new roof on just a few years prior to moving in, so all I needed to pay attention to was the cedar siding.  There was considerable termite damage and wood rot around the front bay window (hidden partially by the bushes), but after several tubes of caulk, things came together.  If I had to name the paint color, I think I’d call it Sick Dog.

Thanks to a little family help, the wood rot has been replaced and other damaged areas have been repaired. I also chose a new color scheme for the siding and trim, gave the front door an entirely new look, replaced the doorbell and hardware, and more.

Over the last few years, I’ve had a few more upgrades, and it looked pretty great!

I also found a way to hide the trash bins from the street and add house numbers to the mailbox to keep the mail from getting mixed up so much.

Eventually, I realized that I could really stand to work on more curb appeal. In 2019, that’s led to one MAJOR overhaul of the front lawn, beginning with tilling up the weed-infested lawn and replanting the grass.

And in 2021, we painted the house and began even more upgrades! Soon, we’ll be updating that garage door, the porch columns, and replanting the front garden beds. 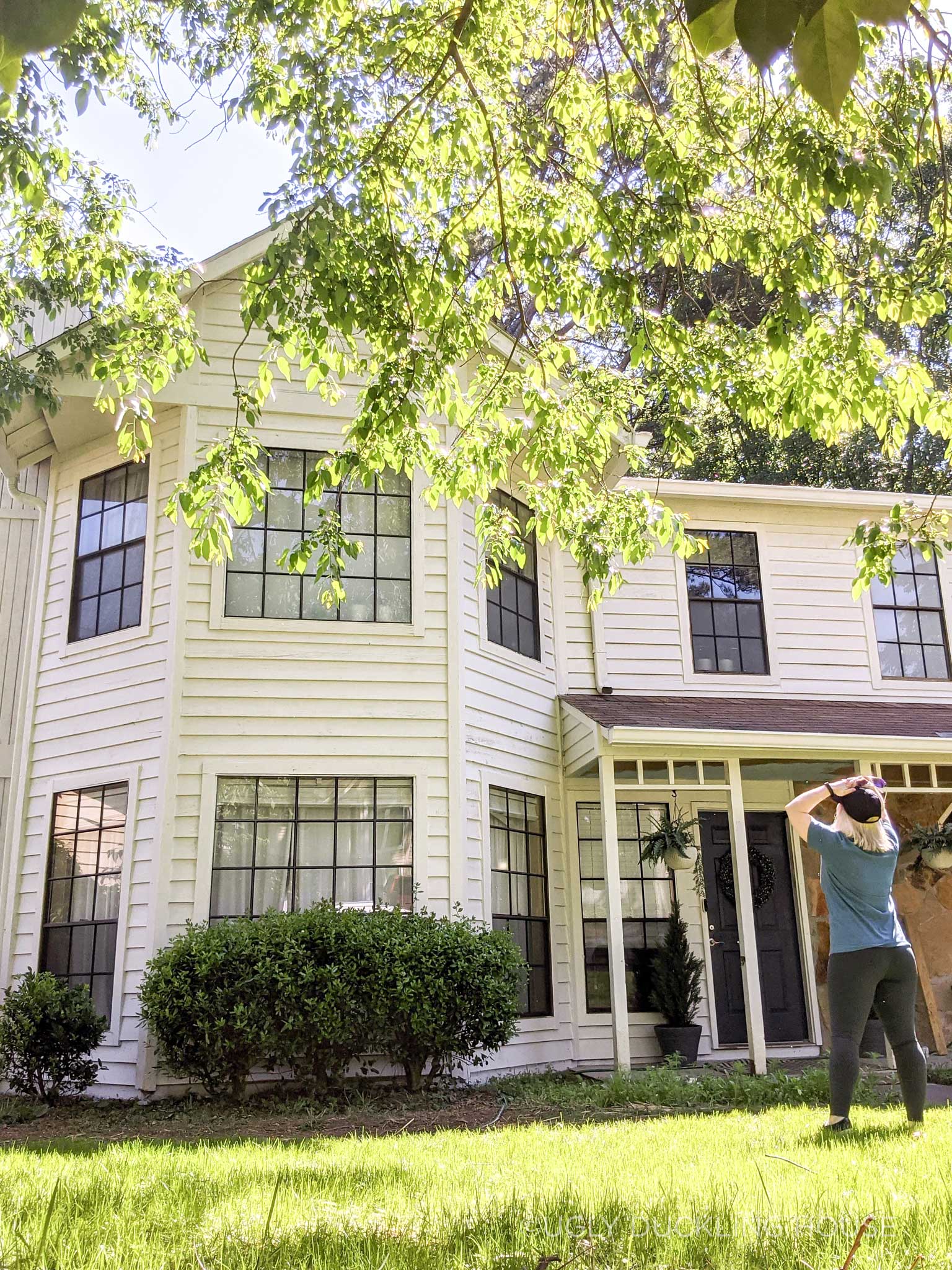